Yuri Molchan
Ledger announces that Tezos Wallet can now be downloaded on Ledger Live; before that, it was only accessible in the developer mode 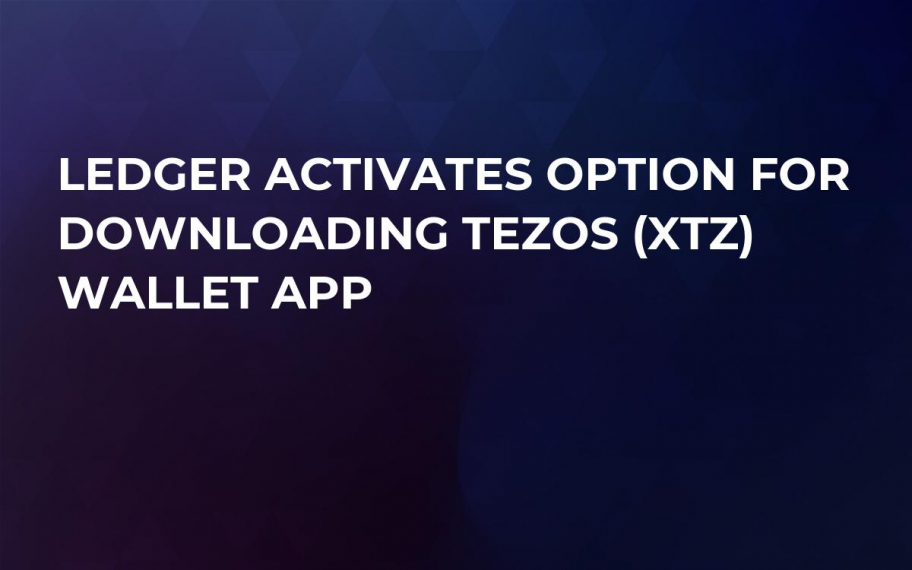 On Wednesday, Jan. 23, the world’s most famous hardware wallet producer, Ledger, made it common knowledge that users of Ledger Live can now download the app which runs Tezos Wallet. Previously, it was accessible only in a closed mode.

The abovementioned app allows XTZ holders to use Ledger Nano S wallets for taking part in the Liquid Proof of Stake protocol of Tezos.

With Ledger cold wallets, crypto hodlers can secure their personal keys by means of the contemporary safety mechanism – it holds private keys off the Internet, which prevents hackers from stealing them. Validating transactions for users on their Ledger Wallet is included in their security protocol.

As of now, the app that runs the Tezos Wallet app can be used on Ledger Nano S through Ledger Live.

Recently, U.Today reported that Ledger Wallet made life easier for potential users of Ledger Nano X  which is currently offered for pre-ordering, by activating mobile crypto transfers by means of a Bluetooth feature.

Ledger also keeps adding support for new virtual assets. Decred (DCR) is one of them.