Court in China States BTC to Be Treated as Private Property 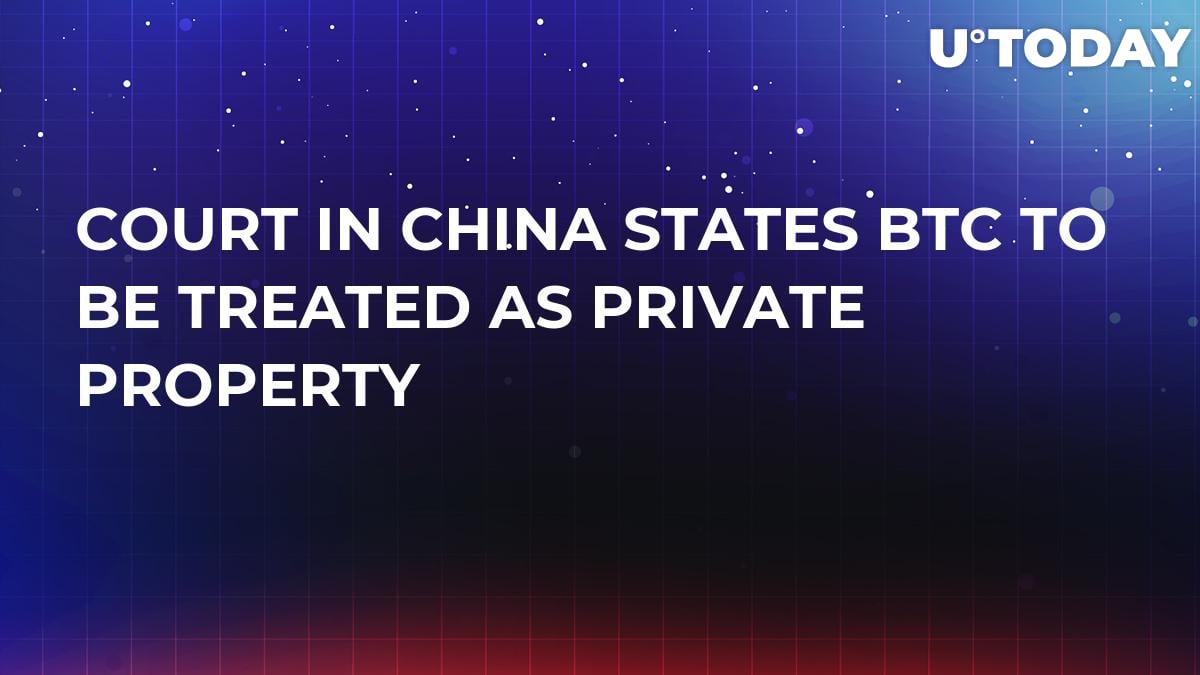 On Thursday, a Chinese court shared the case of a dispute based on crypto asset management between the owner and the manager via social media.

The case record shows that a plaintiff had made a legal contract with the defendant. In accordance with it, the defendant would manage a certain number of coins for the benefit of the customer.

The plaintiff claims that the asset manager failed to perform his services duly and refused to return the crypto assets when the deadline was over. The customer took his problem to the court. The assets that were discussed in the court were BTC (20.13 units), BCH (50 coins), BCD (12.66 units). The total cost of the crypto, as per the plaintiff, is almost $500,000.

Related
Where Is Bitcoin Going in the Near Future? Experts Weigh In

A new angle of seeing crypto

Presently, there is no specific legislation in China. The arbitrator commented that the defendant stated the Bank of China had banned crypto trading and all similar operation, which must make any crypto transactions in China illegal. He continued his point by saying that initially, the whole contract was invalid. Answering to the complaint that he failed to trade and return the coins to the customer, the defendant said he did so due to the absence of a legal trading venue or a platform for transferring the coins back to the client.

The judge, though, took the side of the plaintiff. He stated that in this particular case does not concern cryptocurrencies much but is about failing to fulfill obligations under the contract. Therefore, the case is not covered by the crypto ban of the Central Bank.

Owning crypto is not forbidden in China

The judge mentioned that no Chinese laws forbid storing crypto and transacting it to other people’s accounts. For this reason, no technical hindrances can stop the defendant from sending the digital assets back to the owner — both need to have wallets.

The judge stated that no matter if Bitcoin or other crypto coins are legal in the country, virtual assets are to be treated as property and thus protected by China’s Contract Law.

Earlier, the Chinese Baidu agency reported a similar situation regarding Ethers. Back in the summer of 2017, before the crypto ban was imposed, a Chinese citizen invested 20 ETH in a technological company via an ICO. When later the government made this fundraising method illegal, the person demanded his crypto back. However, the startup refused to do so.

The Hongkou district of Shanghai stated that ETH should be treated as legally protected property and therefore returned to the owner.

1/ Chinese court confirms Bitcoin protected by law. Shenzhen Court of International Arbitration ruled a case involving cryptos. Inside the verdict: CN law does not forbid owning & transferring bitcoin, which should be protected by law bc its property nature and economic value.