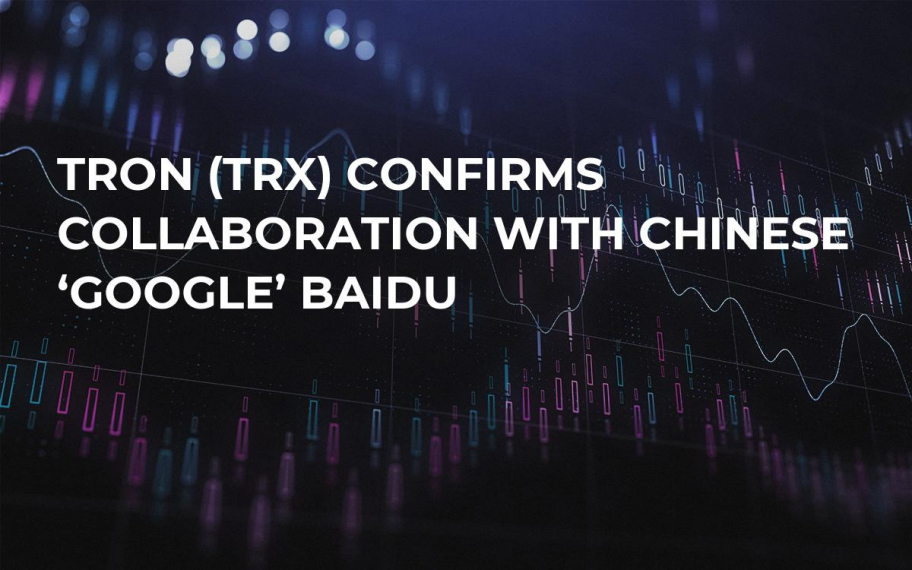 On Wednesday, Justin Sun issued a post on Twitter confirming Tron’s collaboration with the Chinese searching platform Baidu. Last week, U.Today already wrote about reports concerning this partnership. The rumors have been in the air already for over a week. However, this has been confirmed only now.

As it was in the case of BitTorrent purchase, Justin Sun confirmed the news a while later, as if giving the community a chance to try all guesses and discuss all possible versions of the “coming merge/partnership.”

Related
Bitcoin and Its Correlation to Other Assets and Markets Revealed

Baidu and Tron are reported to start cooperating in the sphere of the cloud business.

Curiously, though, Tron’s collaboration with Baidu does not intend to be a full-scale work with joint efforts to turn into a Blockchain business but simply concerns cloud computing resources.

Nevertheless, Tron explains this move to team up with Baidu as an attempt to make Blockchain accessible for a wide audience and to bring mass DLT adoption closer.

Reports also claim that Baidu has planned a ‘side goal’. Apparently, the Chinese behemoth also wants to realize its own Blockchain project. It is supposed to be founded on Baidu’s infrastructure dubbed “Super Chain.”

A month ago, Baidu published a whitepaper that explained the concept of monetizing its platform called Blockchain-as-a-Service. This whitepaper disclosed the details of developing the “Super Chain” network system.

Whether Baidu intends to conduct this in the cooperation with Tron is unclear.

Even though overall the Tron community seems excited about the platform partnering with the Chinese IT behemoth, several crypto commentators have expressed their doubts as to whether this could be called “partnership,” since Tron is just using the service that Baidu offers to everyone.