Anarchy and Cryptocurrency: The Relationship That Never Was 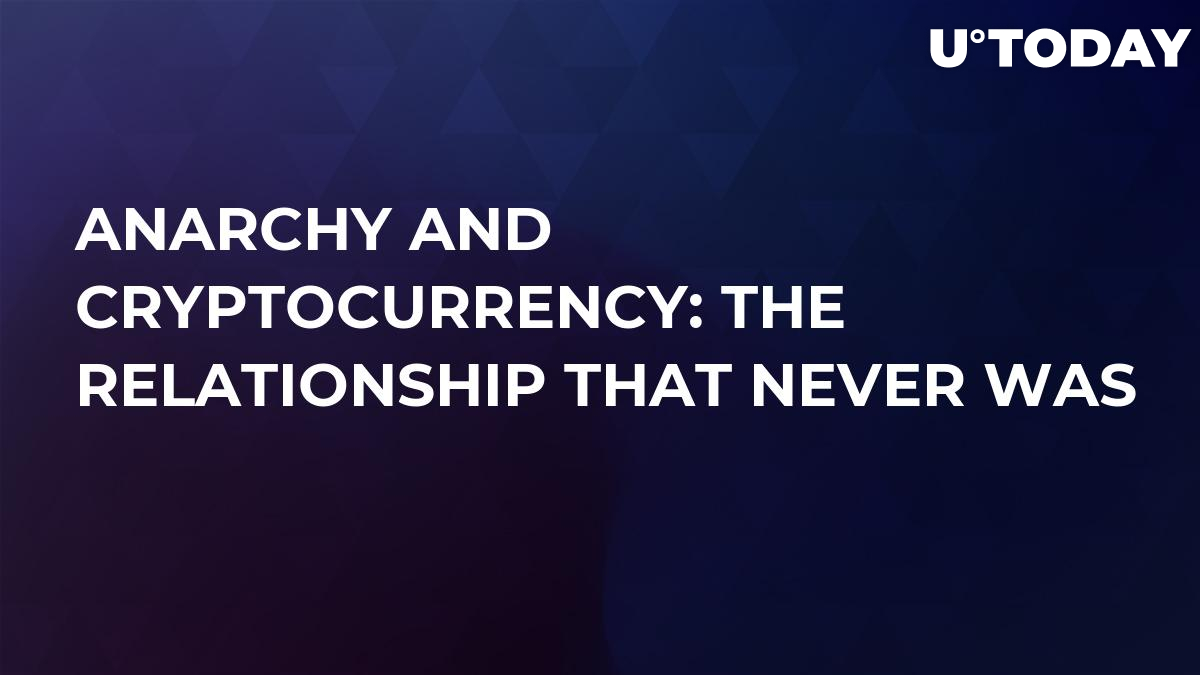 When Bitcoin first entered the market nearly a decade ago, it was thought of as the perfect tool for anarchists. Several so-called crypto-anarchists groups sprung up, hailing Bitcoin as the “path” to self-reliance and getting out of government control.

However, as it turns out, cryptocurrencies, in their current form are definitely not following the anarchist principles. In fact, there is an argument to be made that cryptocurrencies and pure anarchy were never really meant to be “partners-in-crime” in the first place.

So, before we get into all that, let’s first define what anarchy really is.

Merriam-Webster defines anarchy as one of the following five states:

Now, that’s the dictionary definition. The word itself, however, is shrouded in a lot of negative connotations. If you put it in a positive light, the real meaning of anarchy is a society that has attained the highest order of consciousness. Members of this society have such high levels of self-discipline and empathy that they do not need an authority figure to keep them in check.

Unlike what many wrongly think, anarchy doesn’t mean getting rid of the government: it means elevating yourself up to a level where you don’t need one.

Back when Satoshi Nakamoto created Bitcoin and opened the floodgates for decentralized cryptocurrencies, people were wondering if this was the ideal tool that anarchists had been waiting for. Think about it, finally people had a currency system which didn’t rely on a centralized entity to take care of it.

In fact, way before Bitcoin even came out, cypherpunks and old school cryptologists already identified cryptography as a method of attaining proper anarchy. Timothy May, one of the original crypto-anarchists, wrote a report back in 1994 titled, “Crypto Anarchy and Virtual Communities.” In the report he explains:

“The combination of strong, unbreakable public key cryptography and virtual network communities in cyberspace will produce interesting and profound changes in the nature of economic and social systems. Crypto anarchy is the cyberspatial realization of anarcho-capitalism, transcending national boundaries and freeing individuals to make the economic arrangements they wish to make consensually.”

That pretty much set everything up for cryptocurrency systems and other encryption-based technologies.

Bitcoin leveraged Blockchain technology to create an ecosystem in which two people could transact with each other without getting involved with a bank. For the first time ever, you, and only you had full control over your own money.

Early adopters of Bitcoin, especially the ones who were coining themselves “crypto-anarchists”, had a big responsibility of spreading the word around to create this crypto-anarchic ecosystem; however, their attitude changed as soon as the market conditions improved, and the value of their assets swelled exponentially. They inevitably became whales, i.e. they just sat on their money and started to accumulate more wealth, failing miserably in the process at what they were originally supposed to do.

As cryptos have gotten more and more mainstream, it looks like they have also lost that anarchic streak that made them so desirable when they first entered the market.

To set the record straight, we still believe that cryptocurrencies have the capability of disrupting the financial sector for good. Nonetheless, it goes without saying that the entire system is becoming more and more businesslike these days, and it looks like this is not going to change any time soon.

With more and more people coming in, newer investors are getting extremely jumpy around price volatility. Concurrently, in order to protect their interests, governing bodies like CFTC and SEC have entered the fray as well. Investors have become increasingly open to regulated investment opportunities like ETFs, Bakkt, etc. Big crypto exchanges have been pressurized into adding KYC regulations; in fact, Andreas Antonopoulos recently expressed his dismay on Shapeshift opting for KYC. He sees Lightning Network, Decentralized Exchanges, and Atomic Swaps as possible future replacements: 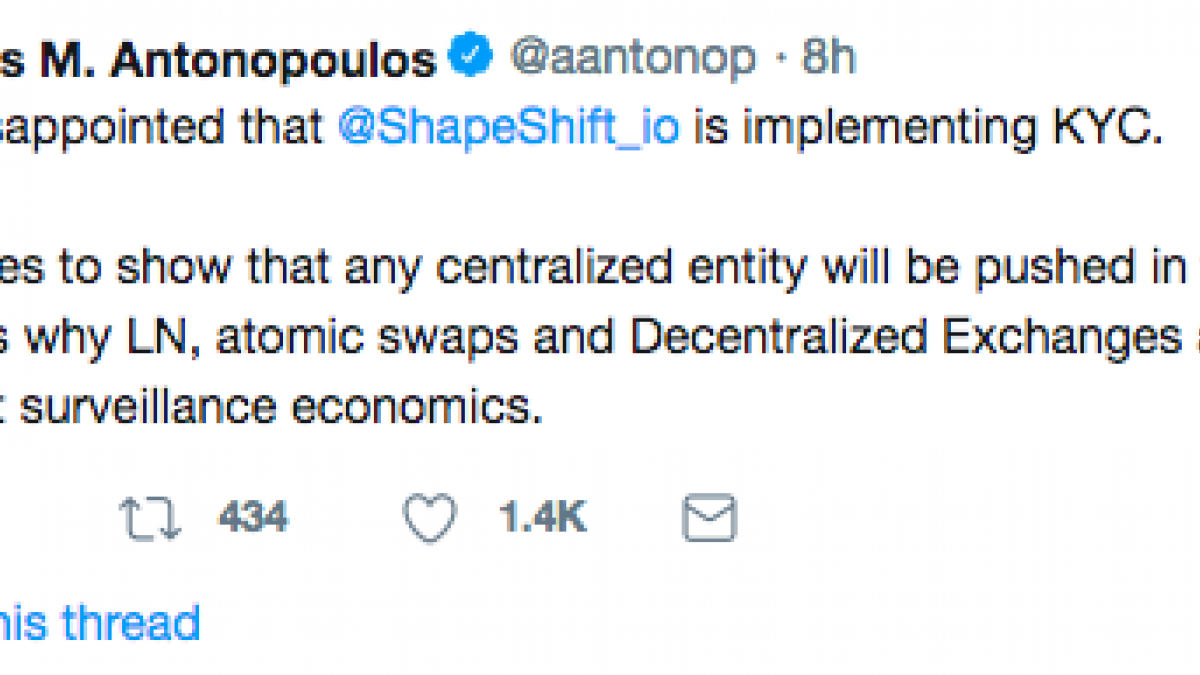 The idea that “we will go with the government in the beginning and then branch out on our own” never really works out in the long run. Once the government has their clutches on something this disruptive, it will be hard to see them let go.

So, as you can see right now, the current crypto space is definitely not anarchic. Be that as it may, this is where we need to ask ourselves another question.

Were cryptocurrencies ever meant to be anarchic?

True anarchy is against the usage of any form of currency since money is a commodity controlled by the government. Nevertheless, even if money wasn’t under the government’s control (like with cryptocurrencies), the value that a capitalistic system itself puts on money is the biggest problem, and this doesn’t change with decentralized currency either.

The anarchist community advocates changing the money economy to a gift economy, wherein people get paid with gift vouchers in return for their services. However, there are certain schools of anarchist thinking that don’t have a problem with having currency.

From whatever we have shown so far, one thing becomes very clear.

The cryptocurrency space has never been anarchic, in the purest sense of the word, and never will be. Sure, it offers a decentralized currency which can be used trustlessly for daily transactions; however, the concept of anarchy goes deeper than just being “anti-government.”

The core idea of anarchy is to be self-sufficient and competent enough on your own as a society that does not require government’s intervention. Old school anarchy believes that the idea of money, be it in its physical form or its decentralized cryptic form, can seriously threaten this core concept.