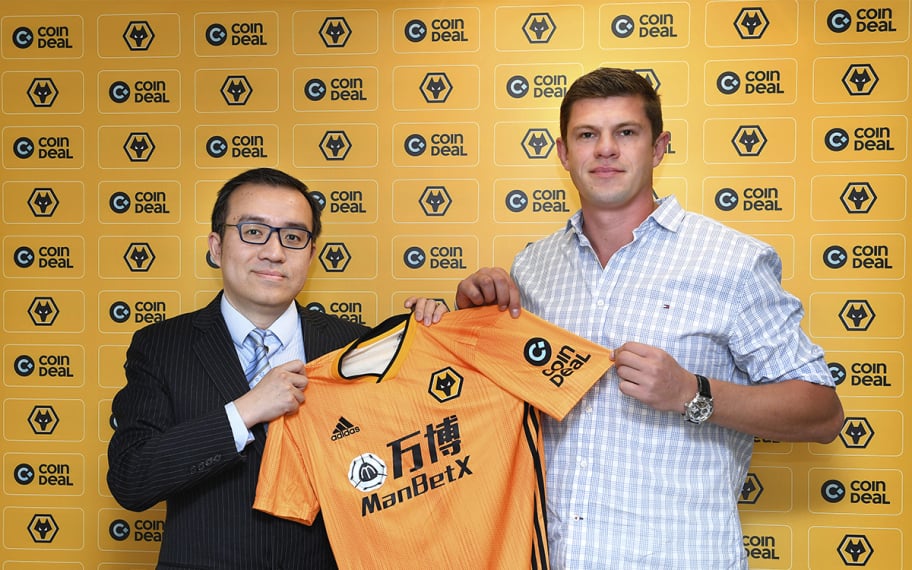 CoinDeal, cryptocurrency exchange funded by three investors from Poland, continues its cooperation with Wolverhampton Wanderers, the English Premier League football club, according to a press release that was revealed exclusively to U.Today. Their previously signed advertisement deal will extend for the season 2019/2020.

Considering that the sponsorship turned out to be a great success for CoinDeal, its renewal seems like a logical step for the company’s further development. To put this into perspective, the exchange logo has been gained at least 350 mln impressions on TV and online since the beginning of the partnership.

Moreover, CoinDeal’s official YouTube video has been viewed more than 1 mln times, which is undoubtedly an amazing number for a cryptocurrency company.

The company recently released a brand-new video about their tie-up as CoinDeal embarks on yet another journey with Wolverhampton.

CoinDeal points out that they’ve already established family-like relationships with the Wolves. In order to get a grasp of how close they are, one has to watch the behind-the-scenes video of the now-viral ad.

Apart from teaming up with the Wolves and organizing a major giveaway of its CDL token, CoinDeal is applying for Virtual Financial Assets licence in Malta, its subsidiary company has become a member of VQF, the self regulatory organization that is based in Switzerland and is adjusting its internal procedures and safety requirements to enter the US market later this summer.
It confirms that CoinDeal is fully compliant with the European Anti-Money Laundering Act and meets highest safety standards.