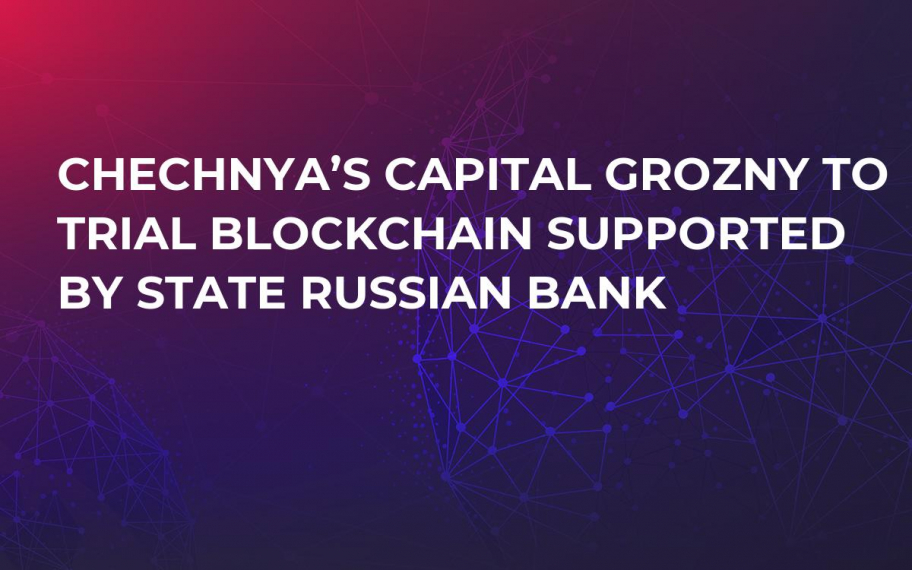 Ibrahim Zakriev, the mayor of the Chechen capital city Grozny in cooperation with Vnesheconombank (VEB), a bank owned by Russian authorities, have set off with two pilot projects based on Blockchain technology (DLT).

The projects are to do with management of housing, utilities and the rental of municipal property objects.

The creator of the Blockchain platforms is VEB, which cost them around $40,000.

The organizers believe that less than in half-a-year the DLT will cut costs by around 20 percent on housing and utility services. The systems will be tested for about three months with the results to be assessed afterwards.

The director of VEB’s Blockchain department, Vladimir Demin, mentioned that the platform for housing and utilities management was designed and created by Hyperledger startup on its Hyperledger Fabric Linux-based distributed network.

The Blockchain protocol is to let all citizens of Grozny access the history of their utility bills.

Operations will be verified by the nodes of VEB’s Blockchain center and the office of mayor in the Grozny-city. The system can be easily updated to adding more nodes and for automatic data adding from utility meters.

The second Blockchain project meant to deal with the rental of municipal houses and offices was made on the Ethereum protocol. Municipal officials will themselves add deals regarding that on the distributed network.

So far, there will be just four nodes in this system. Smart contracts will also be used for streamlining payments for the deals.

The capital of Chechnya, Russia, accommodates over 270,000 people. Its president Ramzan Kadyrov mentioned his interest in DLT projects earlier this year.