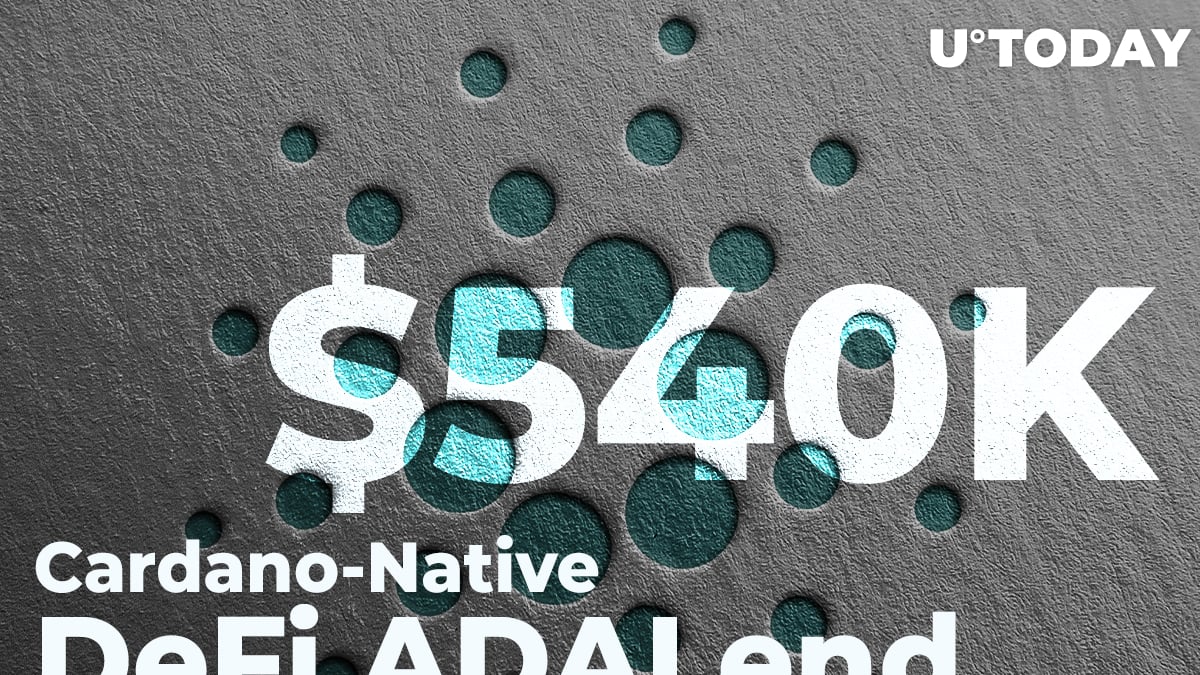 While Cardano (ADA) supporters and haters are approaching smart contracts activation, more and more applications are getting ready for deployment to the largest proof of stake (PoS) network. The first DeFis on Cardano (ADA) are set to bring lending/borrowing designs to this overhyped network.

According to the official announcement shared by the ADALend team, it has successfully completed a strategic funding round. In this round, a total of 1.8 million ADAL assets - Cardano-native coins - were purchased by “early bird” investors.

Seven private angel investors purchased this ADAL amount for $540,000. Thus, the ADALend team registered a 5x oversubscription compared to the initial strategy of fundraising. Also, it is worth noting that this allocation was purchased in less than one hour.

All investors who failed to take part in the seed stage of funding are whitelisted for the private sale. In a private sale, allocations can be booked by email privatesale@adalend.finance directly through ADALend’s representatives and founders.

The core product of ADALend is a decentralized on-chain protocol for the lending and borrowing of assets built on the Cardano (ADA) blockchain. All mechanisms of ADALend are developed directly on Cardano while Cardano-native token ADAL is a backbone element of its tokenomic model.

ADALend is going to introduce flagship lending/borrowing practices similar to those utilized in Ethereum-based DeFis like Aave Finance (AAVE) to Cardano (ADA). As the transactional costs on Cardano (ADA) will be far lower than those of Ethereum (ETH), ADALend operations will be faster and more resource-efficient than Ethereum’s DeFis.

The ADALend ecosystem is fully community-governed: all crucial decisions will be made via ADAL holders’ referendums. A dedicated decentralized autonomous organization (DAO) was created to facilitate this form of governance.

As such, the ADALend ecosystem will be democratic and inclusive. Cardano (ADA) enthusiasts with various levels of expertise will be able to earn on their idle crypto or borrow money pledging different assets as collateral. Further information about the product’s roadmap and vision can be found on the official website of ADAlend at https://adalend.finance/ .

In the inaugural releases, U.S. Dollars can be borrowed from ADALend while APY rates for lenders will be higher than those of competitors.

Once Cardano (ADA) receives smart contracts functionality, protocols like ADALend will be able to introduce DeFi instruments to millions of people worldwide. The ADALend protocol is set to empower the crypto segment with the novel concept of flexible markets.

As such, Cardano’s ADALend will provide a technical framework for lightning-fast loan approval, automated collateralization of different assets, trustless (on-chain) custody and advanced liquidity concepts. The ADALend team announces that it will implement an “Incentivized Liquidity” design: to facilitate lending processes, ADALend will incentivize users to deposit assets and provide liquidity.

Finally, ADALend will create a technical framework for ecosystem building. Its team ensures that users will be able to deploy their own financial designs to ADALend.