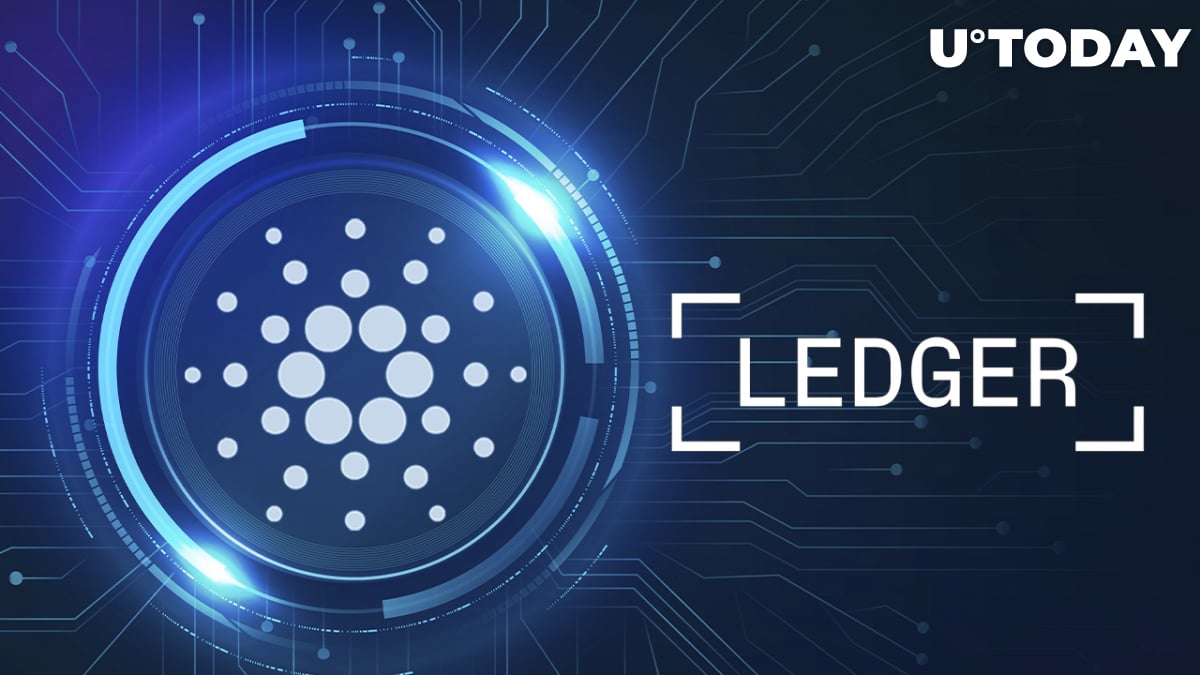 According to a recent tweet, Cardano has now arrived at Ledger Live after months of waiting. This implies that users could now be able to send, receive, buy and manage ADA directly with Ledger Live. With ADA's much-awaited integration, the Ledger Live app now supports the top 10 largest cryptocurrencies in terms of market capitalization. Cardano presently ranks seventh largest, with a present market capitalization of $15.4 billion.

it's probably been on your rADAr for a while, so we thought we'd ADApt & add something special to Ledger Live. Can you guess what it is? 😉

In April, cryptocurrency hardware wallet provider Ledger shared the news that version 4.0.0 of the Cardano app for Ledger wallets compatible with smart contracts was now available, which was reported by U.Today.

The Cardano community was likewise enthusiastic when Ledger's support team announced that the Ledger Live app was working on adding full support for Cardano at the time. Ledger Live enables users to manage their digital assets from within the security of the Nano Hardware Wallet, thus securing assets within the Ledger Nano X or Nano S Plus.

In response to a Cardano user who stated how he initiated a move regarding support for Cardano native assets, Cardano founder Charles Hoskinson tweeted, "It's like Cardano is a decentralized, community-driven, open-source protocol or something like that."

In its last weekly development update, IOHK provided statistics on network growth. Currently, 1,004 projects are building on Cardano, up from 992 previously. A total of 89 projects have recently been launched on Cardano, while the number of NFT projects has risen to 5,796.

Cardano native tokens have surpassed 5.1 million, while the number of Plutus scripts was 2,790. ADA is currently trading at $0.45, down 9.62% in the last 24 hours, per CoinMarketCap data.