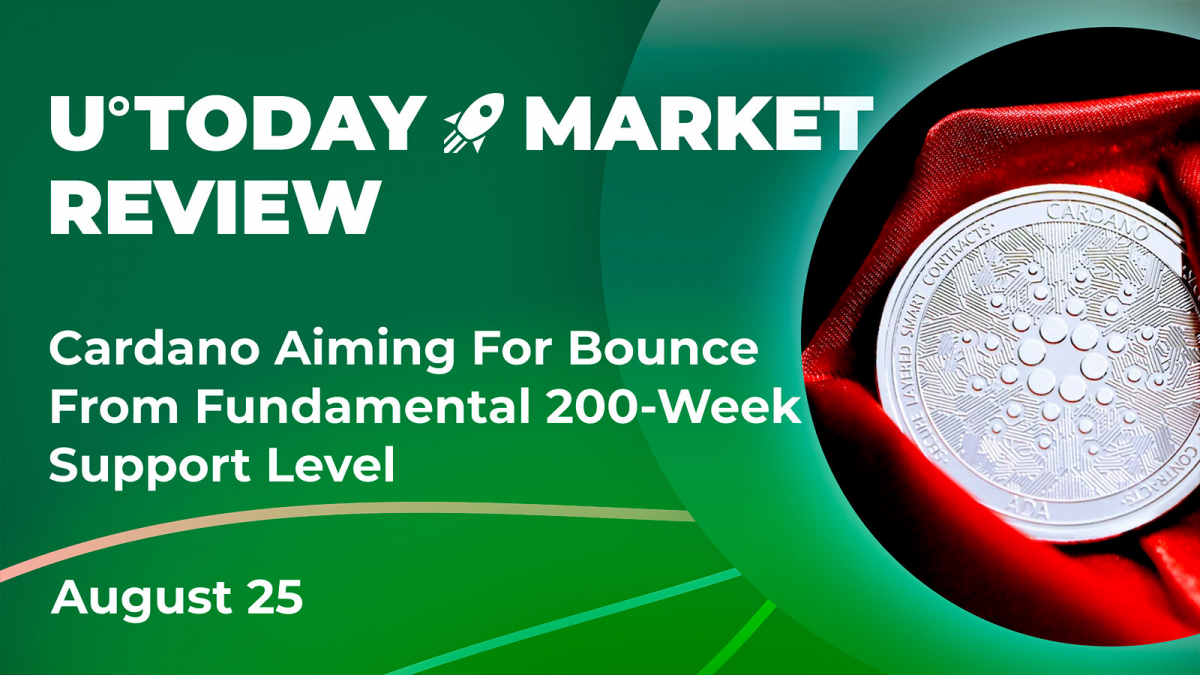 While most cryptocurrencies on the market are looking for a bounce foundation beneath them, Cardano has reached the fundamental level of the 200-week moving average against Bitcoin, which forms the green price candle after yesterday's 13% plunge. Unfortunately, the price performance against USD leaves much to be desired.

Despite the stalemate on the USD pair, Cardano is showing some bounce potential against Bitcoin, which is clearly not showing any kind of strength on the market for the last few weeks.

As the daily chart of the asset and on-chain data suggests, Cardano has more chances for a short-term bounce than most cryptocurrencies on the market. In terms of technical analysis, ADA has reached the local support of the 200-week average, which previously acted as a bounce foundation.

ADA entered the 50- and 200-week moving average range back on June 13 and has been moving there for the last nine weeks, which can be considered a consolidation. As mentioned on U.Today before, Cardano is less likely to face another price drop compared to similar cryptocurrencies.

The MVRV ratio for ADA is at a lower level compared to Ethereum, Solana and others. The reason behind it is the problematic price performance of the assets caused by technical issues on the testnet of the network that questioned the stability of the main network after the final implementation of Vasil.

As for now, we can see a gradually decreasing trading volume, which can be considered both positive and negative factors; the drop in volume is useful when whales or any kind of investors are trying to pull assets from the downtrend, but at the same time, it leads to a decrease in liquidity.

Since the breakdown on Aug. 18, Bitcoin has shown us zero signs of an upcoming reversal as technical, on-chain and fundamental factors are showing up against the first cryptocurrency. We previously mentioned on U.Today that the Long-Term Holders Supply profitability is at an extremely low level.

With the profitability of digital gold not recovering, we might see an upcoming redistribution of funds and prolonged consolidation. Until the profitability of the asset recovers, there are not a lot of chances for a reversal as investors are less likely to invest more in the already problematic asset.

From the macro-economic standpoint, the situation has not changed as the rate hike cycles continue and the U.S. dollar breaks new highs almost every day, coming close to the aforementioned 2002 high.

The only event that might change the balance on the market is the Merge update on Ethereum, which is expected to bring more volatility to Ethereum. Considering Ether's dominance in terms of derivatives volume, the performance of the second biggest cryptocurrency on the market will most likely affect Bitcoin and other digital assets.