Denys Serhiichuk
When can one expect another correction of Bitcoin (BTC) and popular altcoins? 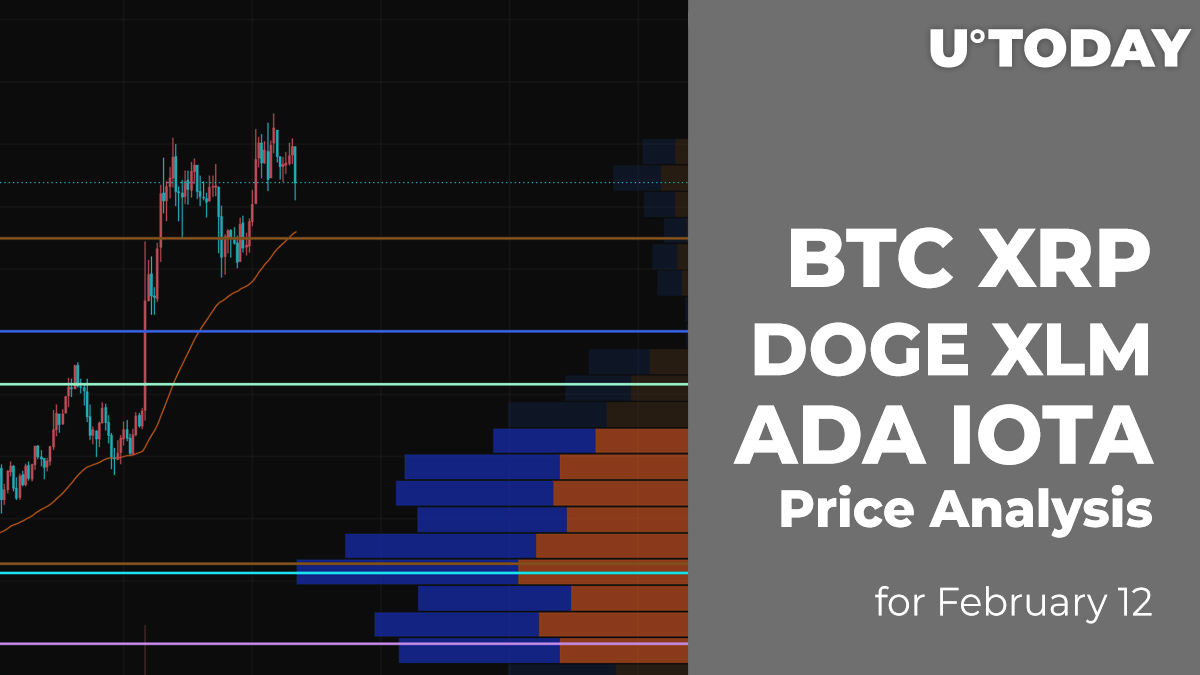 Bulls keep controlling the situation on the cryptocurrency market as most of the coins are in the green zone. Litecoin (LTC) is the only crypto out of the top 10 list that is located in the red zone.

Yesterday, support around $44,000 stopped the pull back, and the bears were unable to test the 2H EMA55.

In the afternoon, the Bitcoin price recovered to the resistance area of ​​$48,000. Until the end of the day, the bulls tried to break above this level. The price managed to pierce the resistance level several times, drawing highs around the $48,695 mark, and tonight the pair tested the level of $49,000.

In the morning, sellers returned the price below $47,000, and in the first half of the day the pullback may reach support at $46,000. If this level copes with the bearish onslaught, the bulls will resume their assault on the $48,000 resistance and will try to test the psychological level of $50,000 in the near future.

Yesterday, in the first half of the day, the trading volumes decreased and the pair rolled back to the psychological level of $0.50. The level kept the price from falling further.

In small volumes, buyers tried to break above the $0.53 resistance, but only this morning the XRP price broke through this resistance and tested the $0.57 level. Growth is not supported by large volumes; there is a high probability of a pullback to the support of $0.50. However, if buyers manage to increase volumes, the growth may continue and the pair will test the level of $0.60.

DOGE is the biggest loser today. The rate of the popular crypto has gone down by 6% over the last day.

On the daily chart, DOGE has bounced off the mirror level, having confirmed the bulls' power. If buyers keep the rate of the altcoin above $0.06, there are chances to see a comeb

Stellar (XLM) is the second most growing coin from our list day. Its price has increased by 6% over the last 24 hours.

On the weekly chart, Stellar (XLM) is bullish, however, there might be a retest of the level of $0.44. Such a move is supported by the bearish divergence on the RSI indicator.

The rate of Cardano (ADA) is unchanged since yesterday.

After a false breakout of the new peak at $0.98, the price of the altcoin has not reduced much, which means that buyers are about to keep pushing Cardano (ADA) higher. In this case, there might be a retest of the resistance at $0.98 shortly.

IOTA is trading in the red zone today, falling by almost 6%.

On the 4H chart, IOTA is bullish as the selling keeps going down. Thus, one may expect a retest of the resistance at $.28 soon.