Denys Serhiichuk
Can XRP and Polkadot (DOT) rise faster than Bitcoin (BTC) for a while? 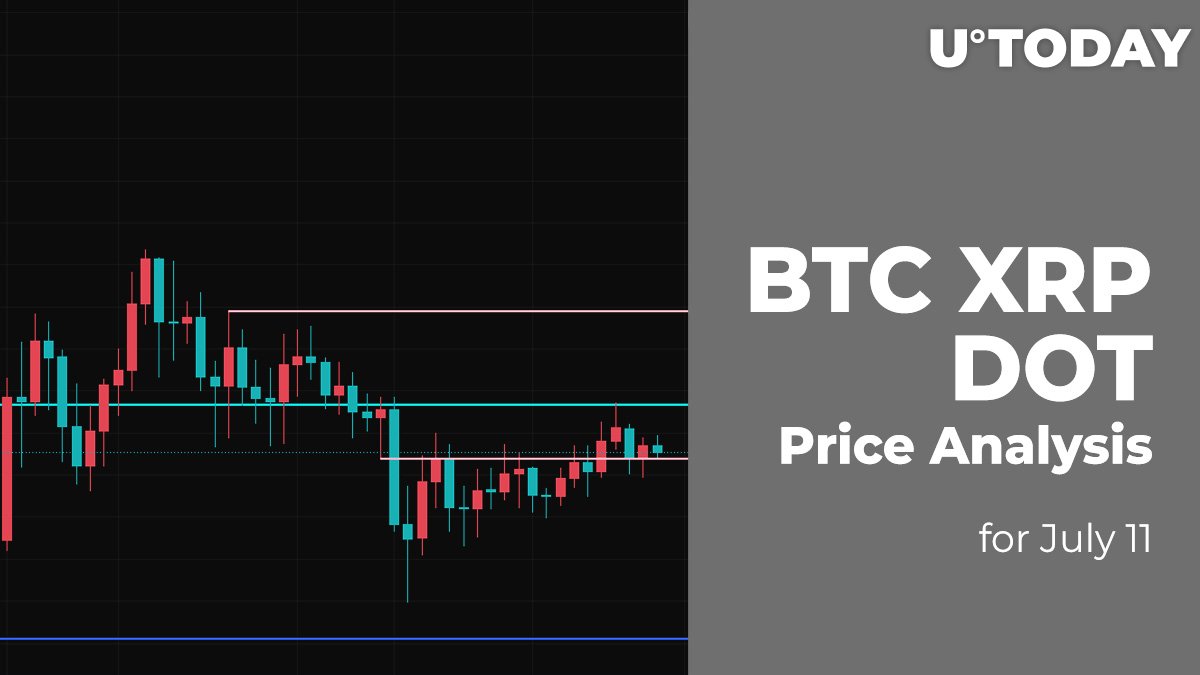 Bulls are trying to seize the initiative by the end of the week, as some coins have come back to the green zone.

The rate of Bitcoin (BTC) has fallen by 4.40% over the past seven days.

Bitcoin (BTC) is still locating in the sideways trend even though its rate has declined by 0.12% since yesterday. At the moment, a rise is more likely than a decrease as the main crypto remains trading above the support at $32,000.

In this case, there are chances to get to the zone of the most liquidity at $37,200 next week.

XRP is the biggest loser today in terms of the weekly price change as its rate has gone down by 9%.

Despite the fall, XRP is also bullish as bears are weakening, taking into account the falling selling trading volume. If bulls keep XRP above $0.60, the nearest resistance at $0.70 might be attained shortly.

The rate of Polkadot (DOT) has remained the same over the past 24 hours.

Polkadot (DOT) remains neutral as it remains trading in a narrow range. The bullish scenario becomes relevant if buyers break the resistance at $17 and fix above it.