Denys Serhiichuk
How great are chances to see correction soon? 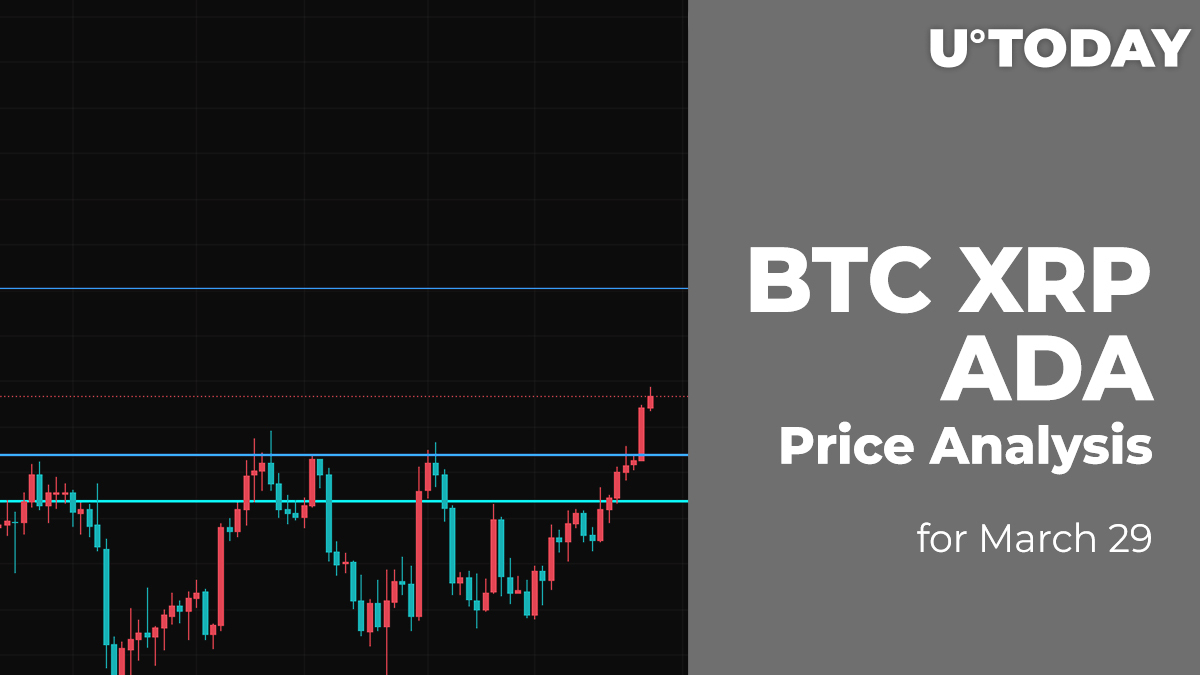 Bulls keep the pressure as most of the coins remain in the green zone.

Bitcoin (BTC) has continued its growth, rising by 0.70% since yesterday.

After the false breakout of the $48,000 mark, bulls are not abandoning attempts to fix above it once again. Such a statement is also confirmed by increased buying trading volume.

If the daily candle fixes above the $48,000 mark, the vital mark of $50,000 can already be achieved this week. In another case, bears may seize the initiative and return the rate below $47,000 shortly.

From the technical point of view, XRP is trading similar to Bitcoin (BTC) as its rate is coming back to the mark of $0.90—which bulls could not attain yesterday.

If they can get to this level today, there is a chance to see the breakout of the blue line within the next few days.

Cardano (ADA) is the biggest gainer from the list today as the altcoin has risen by 2.16%.

Cardano (ADA) is almost trading above yesterday's peak at $1.246. However, one needs to pay close attention to the resistance level at $1.263. In case of a false breakout, the rate may come back to the support at $1.190 in the first few days of April.