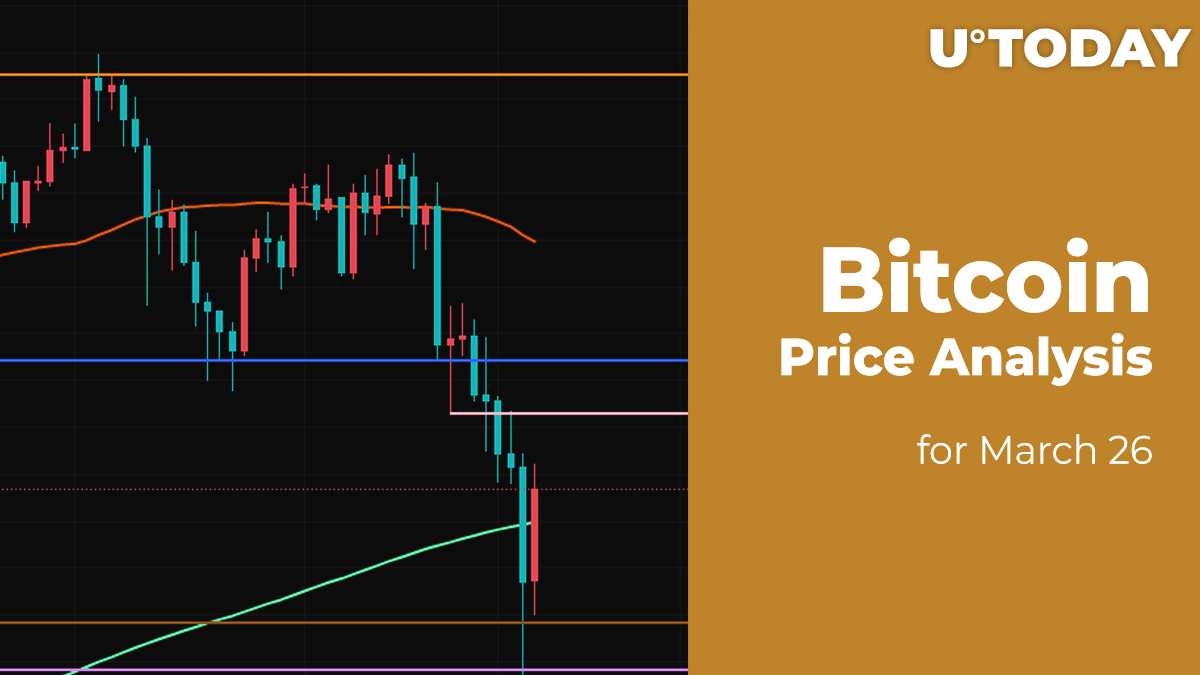 The weekend has begun with the continued correction of the cryptocurrency market as all of the top 10 coins are in the red zone.

The rate of Bitcoin (BTC) has declined by around 1% over the last 24 hours.

On the hourly chart, Bitcoin (BTC) could not overcome the $44,700 mark, followed by a slight decline. At the moment, one needs to pay close attention to the support level at $44,000. If buyers can hold it, there is a chance to see further growth.

Bitcoin (BTC) has approached the resistance level at $45,854 and is currently trading near it. If the daily candle fixes around the zone of $44,000-$44,500, there is a high probability to expect a breakout next week.

The weekly chart is looking bullish as the the rate has come close to the vital level of $44,776.

If the trading volume increases, a further upward move up to the $50,000 zone may happen by mid-April.