BTC, ETH, XRP and ADA Price Analysis for May 21

Denys Serhiichuk
Was yesterday's bounceback a reason for a deeper correction of the market? 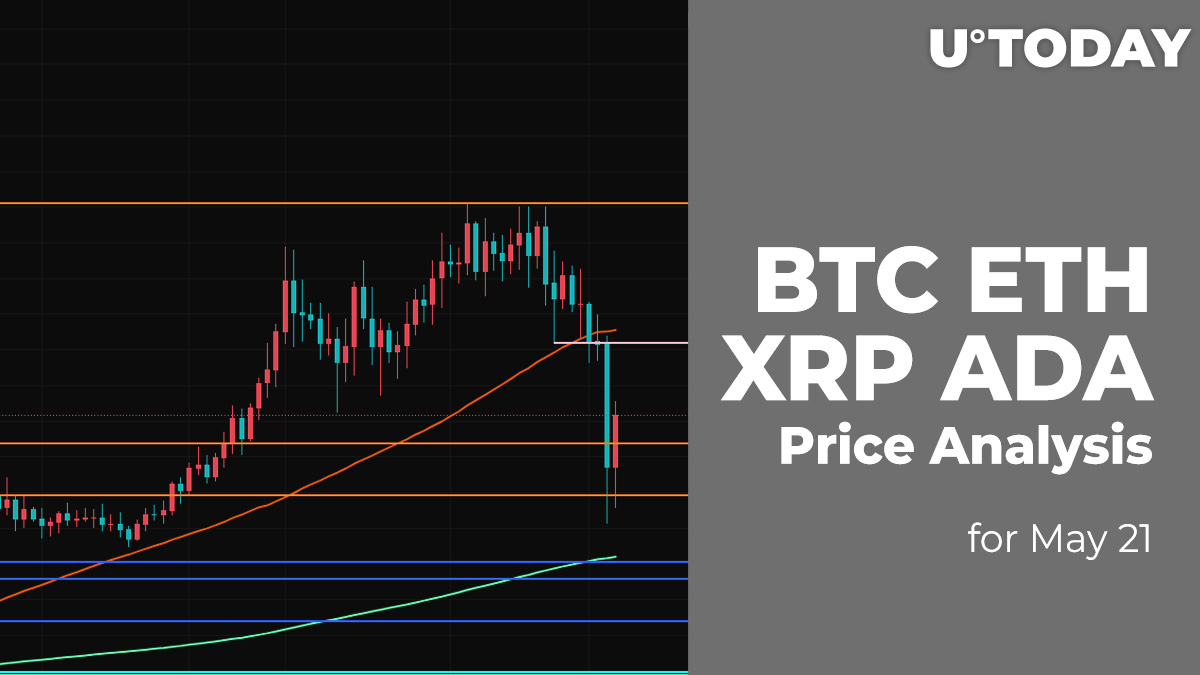 By the end of the week, the cryptocurrency market has come back to the correction zone as all coins from the top 10 list are in the red zone.

Bitcoin (BTC) has fallen the least today with a decline of 9.50%.

Yesterday's growth was just a correction after a sharp dump as bulls could not seize the initiative. The weakness of buyers is also confirmed by a low trading volume, which means that they are not ready to come back to the area around $50,000.

Moreover, the price is located below the MA 200, and there are high chances of seeing another wave of decline to the zone of $32,000.

Ethereum (ETH) is looser than Bitcoin (BTC) with a price decrease of 10%.

Ethereum (ETH) is following Bitcoin (BTC) as a short-term decline is the more likely scenario for the leading altcoin. If bulls lose the $2,400 mark, the next level where a bounceback is possible is the support area of $2,040.

XRP might also continue its fall with a drop of 15% over the last 24 hours.

Cardano (ADA) is the biggest loser from our list today as the price has dropped by 17%.

According to the chart, Cardano (ADA) is trading similarly to XRP, making a false breakout of the $1.76 zone. Even though the selling trading volume remains low, the historical level of $1.33 may be achieved shortly as bulls are running out of power.