Denys Serhiichuk
Altcoins have finally come out of Bitcoin hiding. Our price prediction analyzes the profitable coins to invest 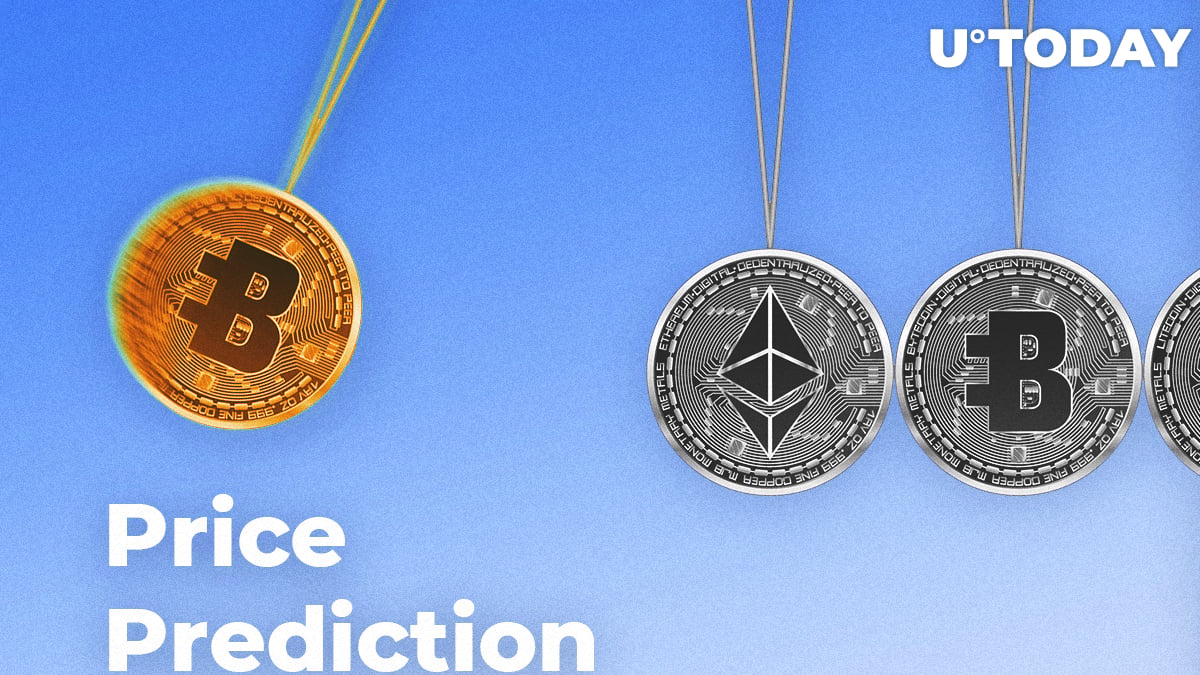 The position of Bitcoin has almost not changed over the, while altcoins have soared to new maximum.

Bitcoin SV broke into the top 10 cryptocurrency by capitalization; the coin of Craig Wright has reached a capitalization of  3.9 Bln.

IOTA is on second place with the 12.33% increase over the 24 hours. Previously, the project team announced an update called Coordicide.

Although Bitcoin keeps stagnating for a few days, its volatility has reached record levels since December 2018.

In May, Bitcoin volatility increased significantly, having reached 4.7%. For comparison, in April this index was 3.5%, and in March - 1.1%. Earlier, the largest indicator of BTC volatility at 4.2% was recorded in December 2018.

Now, let’s analyze the technical perspective of each coin to understand its future perspectives.

Bulls could quickly take matters into their hands, and the leading cryptocurrency keeps moving according to our previous scenario.

Bitcoin once again was able to cancel the reversal pattern near an important level, which indicates a strong impetus. It is possible that in the near future the digital asset will pass for $10,000.

Analysis of the 4-hour chart confirms the idea with the growth of the cryptocurrency rate. As you can see, the quotes are moving within the ascending channel. For the short-term idea we can expect a correction to the lower boundary of the channel at $8,450 with attempts of further price rise. A rebound from the support line on the RSI indicator backs such a scenario. A break above the channel boundaries and a closure above $9,200 will confirm growth.

Our Ethereum forecast has come true earlier than expected as the asset is trading near its local maxima. The coin continues to locate close to its the upper boundary of the rising channel.

Breakdown of the resistance level and closing above $285 will indicate the formation of a strong signal in favor of purchases when quotations leave the channel limits. The growth target will be at a distance comparable to the width of the current uplink.

Analysis of the 4-hour chart indicates potential growth from current levels. The quotes were able to leave the limits of the “Triangle” model and are trading above its upper limit. Therefore, as a short-term idea, one should not exclude a quick test of a broken model boundary and a lift proposal with a potential target of $331 till mid-June.

We already mentioned Bitcoin SV which rocketed by almost 100% over the previous day. However, another Bitcoin’s fork could also show good dynamics - the price of Bitcoin Cash has increased by around 10%.

On the hourly chart, the quotes have been trading in the similar pattern since May 18. The current growth looks like a slight pump and Bitcoin Cash is supposed to be corrected to the support at $460 in the short-term scenario. Once it happens, traders can expect new highs at $500 at the beginning of June.

Related
Bitcoin Cash Price Prediction: Will BCH Cost $400 by Next Week? BCH Is to Break Resistance!