Denys Serhiichuk
How long can the meme coin rise? 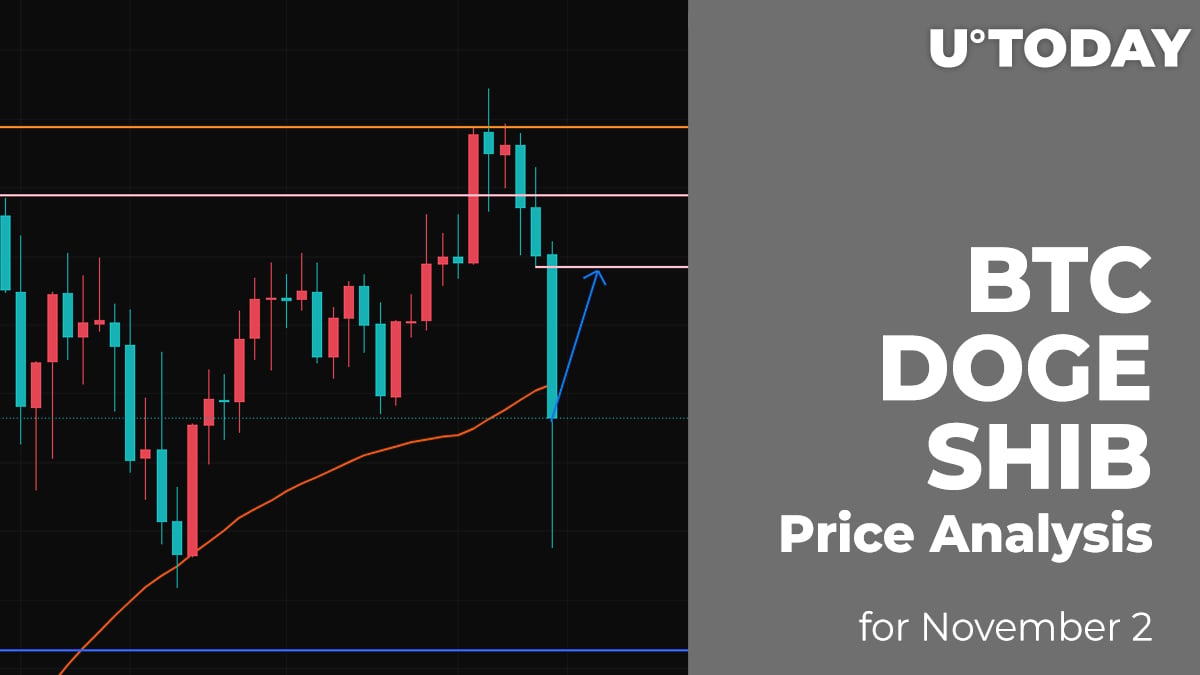 Bulls keep dominating on the cryptocurrency market; however, some coins have already faced the correction phase.

Yesterday morning, the bears failed to break through the support of $60,000. The Bitcoin (BTC) price pierced this psychological level, marking the daily low at $59,500, and quickly recovered above $62,000.

At the same time, the BTC price could not stay above this level for long so, in the afternoon, the pair returned to the area of average prices and consolidated in a sideways direction.

The rate of DOGE is almost unchanged since yesterday.

DOGE keeps trading in the channel between the zone of the most liquidity at $0.2405 and the resistance at $0.3495.

At the moment, neither bulls nor bears have seized the initiative, which is also confirmed by the low trading volume. In this case, the more likely scenario is continued sideways trading in the area around $0.28.

SHIB is the biggest loser today as its rate has fallen by 3.23% over the last day.

SHIB is trading similar to DOGE as it is also located in a wide range. The selling volume is low, which means that further growth is more likely than a fall. Respectively, the ongoing trend might continue so the coin could accumulate more energy for a sharp move.