Denys Serhiichuk
Which coins can return to previous levels after today's fall? 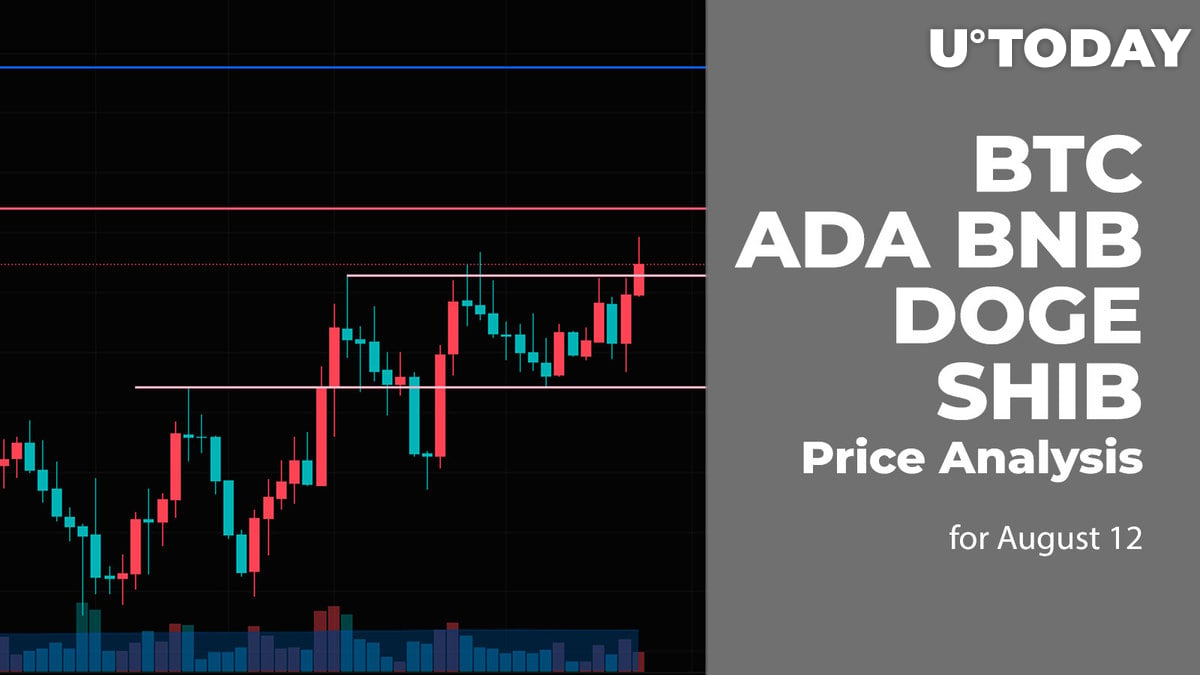 The market has faced a slight correction as most of the coins are in the red zone. 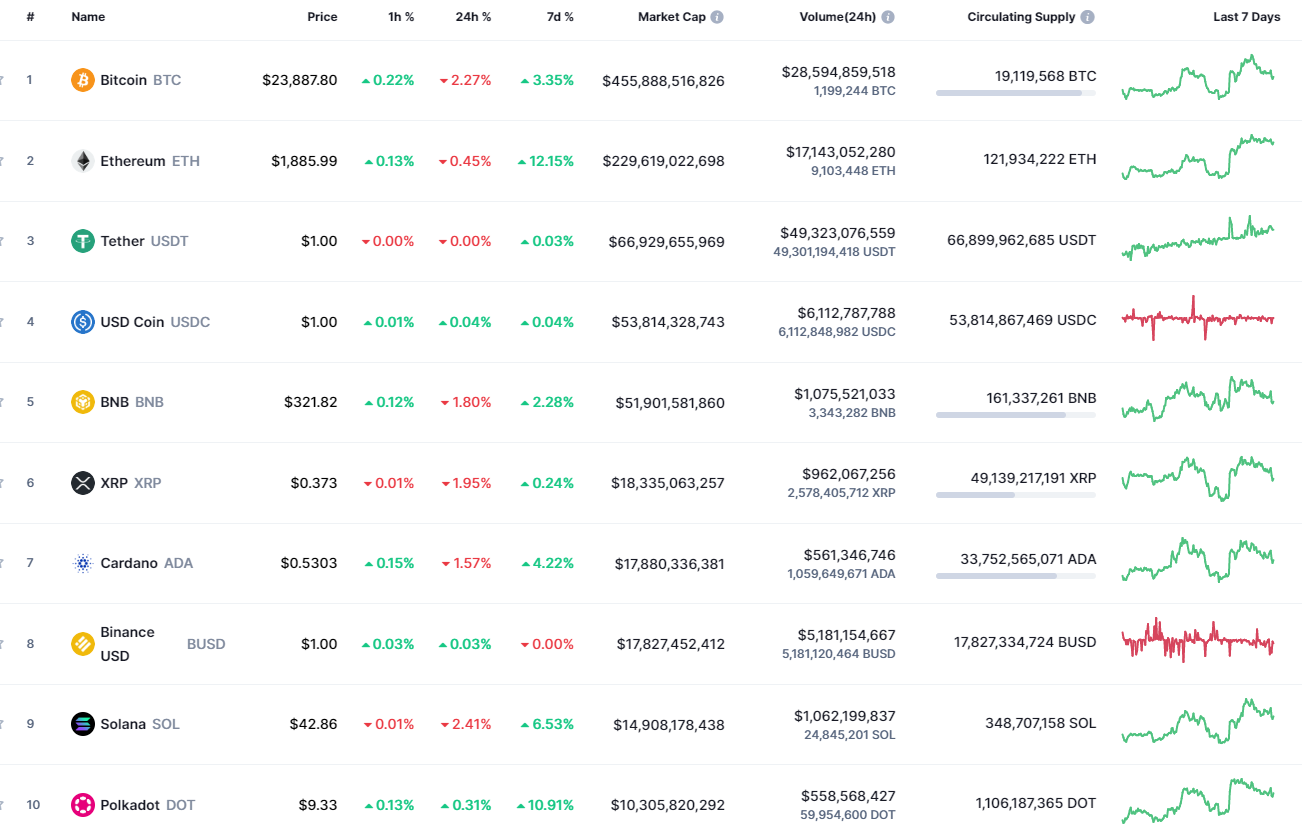 The rate of Bitcoin (BTC) has declined by more than 2% over the last day.

On the daily time frame, Bitcoin (BTC) has gone below the $24,000 mark. In this case, bears tend to be more powerful than bulls, which is also confirmed by low volumes.

However, if buyers can restore the price above the mentioned level, there are good chances to see the test of the $24,800 mark soon.

Cardano (ADA) is trading near the resistance level at $0.5472, accumulating power for a sharp move. If the daily candle closes above $0.54, that might be a prerequsite for a midterm bull run to the $0.56-$0.57 area for the next week.

Binance Coin (BNB) is trading sideways after a false breakout of the level of $336.3. However, if bulls can hold the rate above $320, there is a possibility to see a retest of the resistance soon.

Despite today's decrease, DOGE is neither bullish nor bearish as the price is far away from crucial levels. A further upward move is possible only when the rate approaches the $0.076 on the daily chart and fixes above it.

SHIB is lookig better then DOGE with a price change of -0.88%.

SHIB has more chances for a rise than DOGE as the rate is coming back to the resistance level at $0.00001297 after its false breakout. All in all, closure above $0.00001250 can generate sharp growth soon.