Denys Serhiichuk
Are bulls back in game to keep midterm rise going? 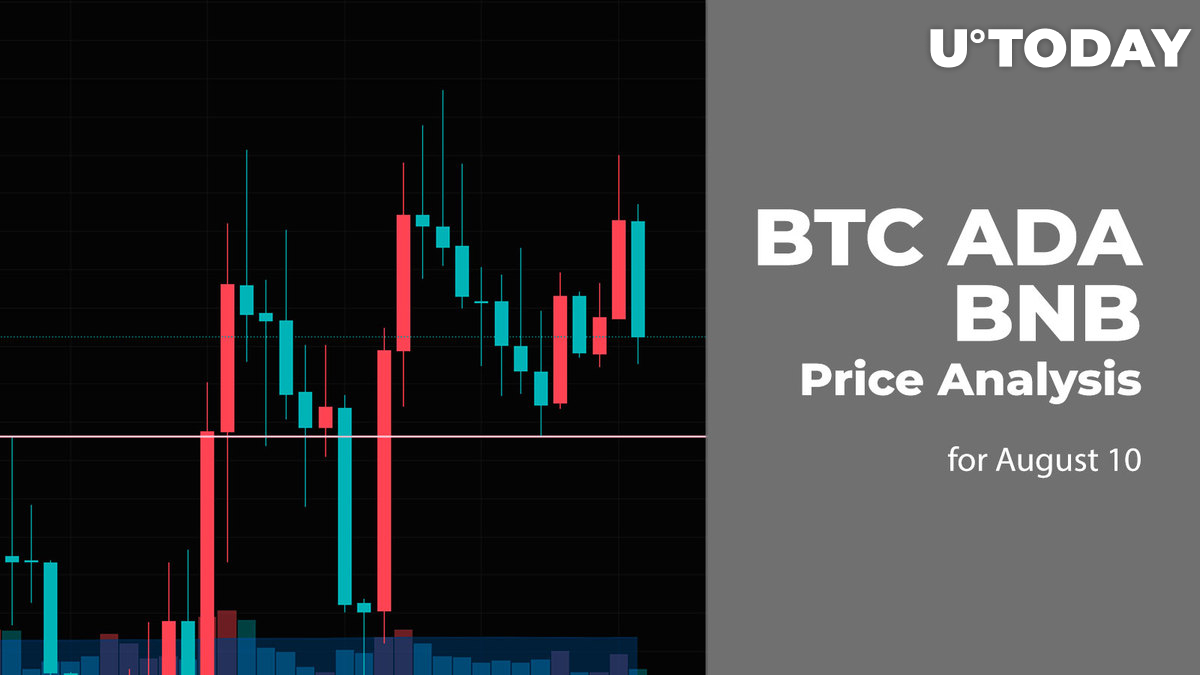 Bulls are back in the game as all of the top 10 coins have returned to the green zone. 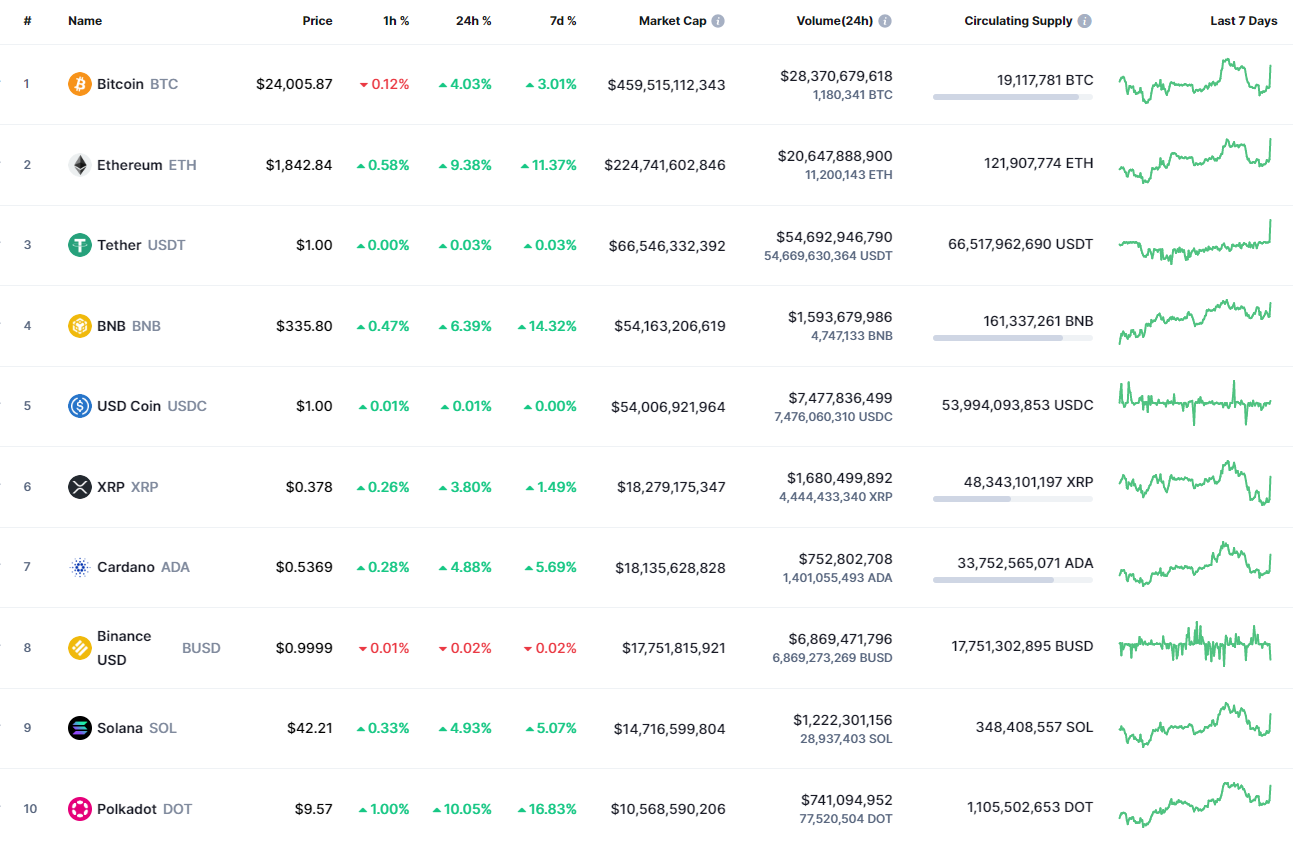 Bitcoin (BTC) has gone up by 4% after yesterday's decline.

On the daily chart, Bitcoin (BTC) is approaching the $24,000 mark once again, which means that bulls remain more powerful than bears. If the candle closes near the mentioned level or above, the rise might continue to the $25,000 zone. Such a scenario is relevant until the end of the month.

Cardano (ADA) has followed the bounceback of Bitcoin (BTC), rising by 4.54%.

From the technical point of view, Cardano (ADA) might have accumulated enough power to break the resistance level at $0.5472. If that happens, the upward move can continue to the test of the $0.60 mark shortly.

Binance Coin (BNB) is the biggest gainer from the list today, rocketing by almost 6% over the past 24 hours.

Binance Coin (BNB) has almost approched the $336.3 level on the daliy chart. If a breakout happens, it might lead to sharp growth to the $360 mark within the next few days. Thus, the rising volume confirms buyers' power.