Denys Serhiichuk
Are there any altcoins that can grow when Bitcoin (BTC) goes down? 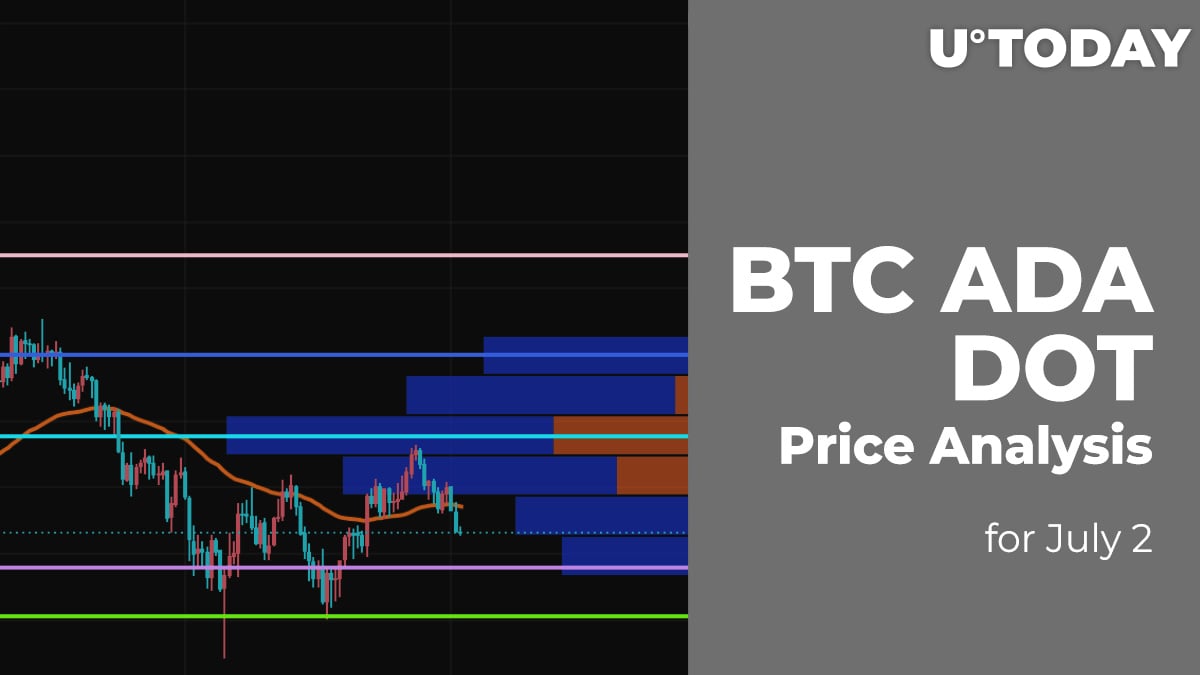 The fall of the cryptocurrency market has continued today as all top 10 coins remain in the red list.

Yesterday morning, the bears pushed through the lower border of the side channel ($34,000) and the price rolled back to the level of $33,000. During the day, the selling pressure eased and the pair moved sideways, and at the end of the day the price marked the daily low at $32,700.

Buyers tried to bring the price back into the channel last night, but its lower border turned the price down. In the near future, the pair might test the level of $32,500.

At the moment trading volumes are below average, so one believes that the weak support at $32,000 may keep the price consolidated. However, if the sales volumes start to grow, the pair can continue to decline to the $30,595 level.

Cardano (ADA) has also followed the decline of the first crypto going down by 1.36%.

Cardano (ADA) might continue its fall as there was no reaction after a false breakout. Thus, the trading volume is going down which means that nobody wants to buy back the altcoin at the moment. In this case, the test of the liquidity level at $1.21 is possible soon.

Polakdot (DOT) is the biggest loser from the list, declining by 3.63% since yesterday.

Polakdot (DOT) is following the Cardano's price action as it is about to test the support at $13.59 for the second time which means that there are high chances to break it. If that happens, the next level where bulls may seize the initiative is the vital level of $10.