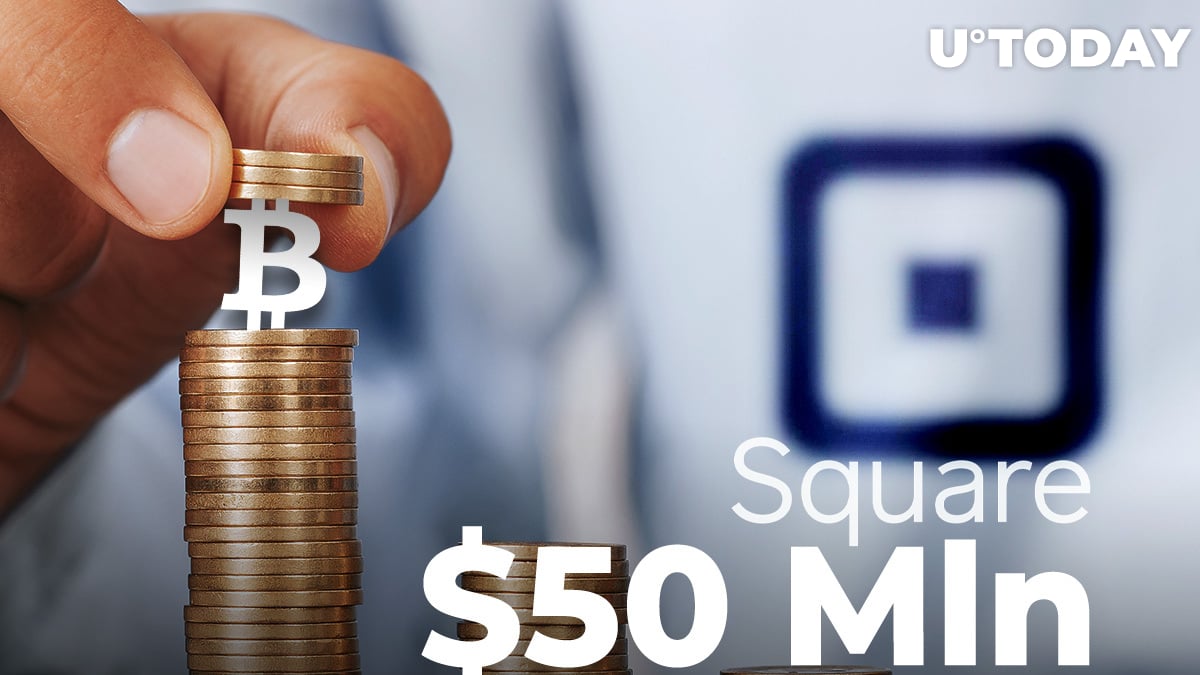 Square has invested a total one percent of its assets at the end of Q2 into Bitcoin. Square’s CFO Amrita Ahuja claims that BTC has the potential to become a ubiquitous currency in the future:

"We believe that bitcoin has the potential to be a more ubiquitous currency in the future. As it grows in adoption, we intend to learn and participate in a disciplined way. For a company that is building products based on a more inclusive future, this investment is a step on that journey.”

Square's Cash App first enabled Bitcoin purchases back in late 2017. CashApp's revenue from Bitcoin eclipsed its fiat revenue for the first time back in May.

Dorsey, who's also the CEO of social media giant Twitter, has been a long-time Bitcoin proponent who views it as the best manifestation of an internet-native currency.

Ads
Related
Twitter CEO Jack Dorsey Might Allocate Some Corporate $10 Bln into Bitcoin: Willy Woo
With its investment, the publicly-traded company has followed the lead of MicroStrategy, the world's leading business intelligence firm, that has shocked Wall Street with its $425 mln bet on Bitcoin.

Go @jack Go. A big deal. My favorite Ted talk was a short video on what it takes to make a movement. It’s not the first guy dancing. It’s the second guy. This is now a movement. Corp balance sheets. And to be clear $GLXY has a lot of $BTC on our balance sheet. https://t.co/hHwkC0HlW5

Gemini co-founder Cameron Winklevoss believes that Bitcoin is on its way to become a corporate treasury asset, with MicroStrategy and Square triggering the domino effect.

#Bitcoin is on its way to becoming a corporate treasury asset. @michaelsaylor and @jack are leading the charge. Soon many other companies will follow, and eventually central banks. This is just the beginning...