Yuri Molchan
As per the report of crypto analytical agency Diar, Binance’s share in the global BTC trade is declining, as well as that of Bitfinex 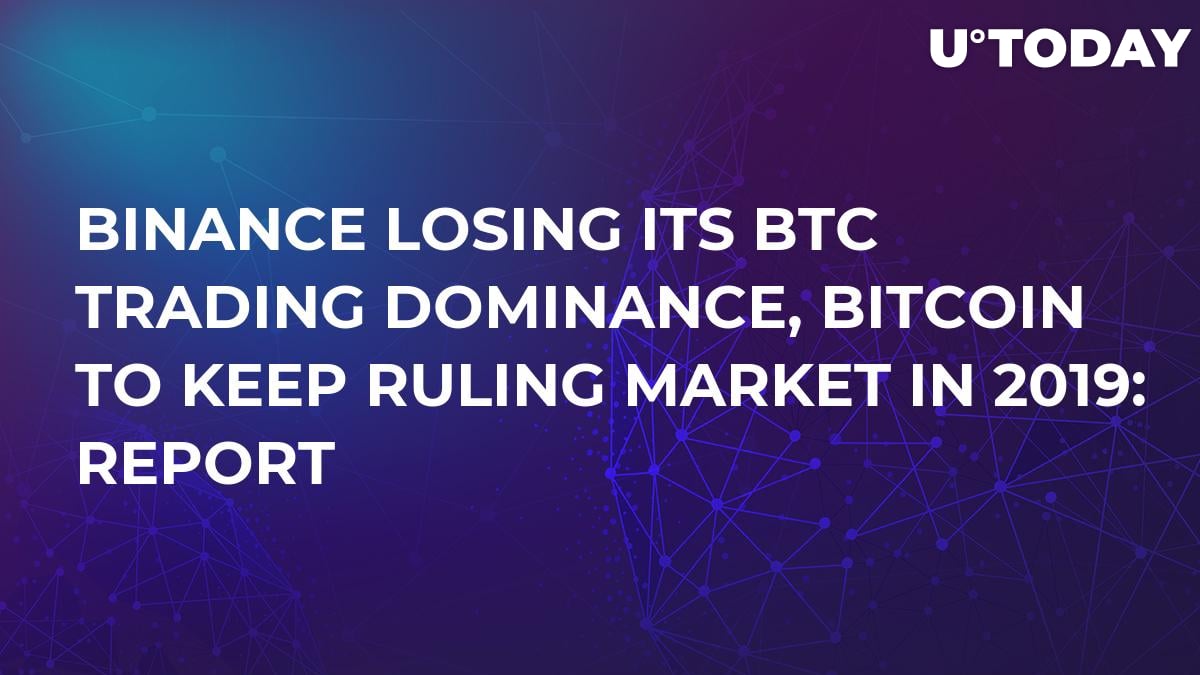 The new weekly report of Diar, a leading analytical agency in the crypto area, says that the situation is changing for the dominance of Binance exchange in the current bearish market.

Until now, Binance exchange has been doing nearly half of the global BTC trading volume – a peak of 47 percent was calculated in June. This is the data regarding BTC paired with Tether (USDT).

The recent research shows that by now this figure has plunged to 32 percent. The Diar report states that BTC trading volumes have dropped across all big crypto exchanges recently. Binance continues dominating; the only difference is that the total global volume of BTC trading has shrunk significantly.

It is not only Binance that is failing to attract a large amount of active BTC traders. The controversy over its presumed connection with the Tether startup and Bitfinex platform, located in Hong Kong, is also showing low results by the end of 2018. The Diar research reports that the exchange has managed to accumulate only 27 percent of BTC/USD trading volume, whereas last year at the same time, the figure was nearly twice as big – 57 percent.

One of the reasons for this, apart from the overall declining market, could be the aforementioned controversy that has become more obvious recently and may have contributed to the partial loss of customer trust in the company as well the trouble with the banking partner that Bitfinex and Tether also had between the two of them.

Related
Santiment Agency Calls USDT Best Stablecoin, Warning It May Be in for Trouble in Future

As for US-based platforms, such as Bittrex and Poloniex, they have also seen great losses in BTC trading against the USD recently. These two exchanges together now only generate 2.7 percent of the global BTC trading.

Notably, OKEx has been widely called a rival to Binance, since the former has recently reported an increase in the market share by 6 times since the start of the year.

Apart from Diar, Forbes also reports that Bitcoin prospects in trading for next year are not too high. The magazine’s contributors believe that the market is switching early to altcoins. However, Bitcoin is still going to lead the way for the market, as per the experts.

Reportedly, the current share of BTC dominating the market is around 55 percent. Still, Panos Mourdoukoutas from Forbes, quoting a report by A.T. Kearney global consulting firm, believes that this share is going to rise to reach 66 percent, since altcoins have no longer that much gunpowder inside them to attract serious investors.