Alex Dovbnya
On Sunday, December 16, Hong Kong police detained Wong Ching Kit to stop him from throwing cash around from a building roof and then from handing it to passers-by 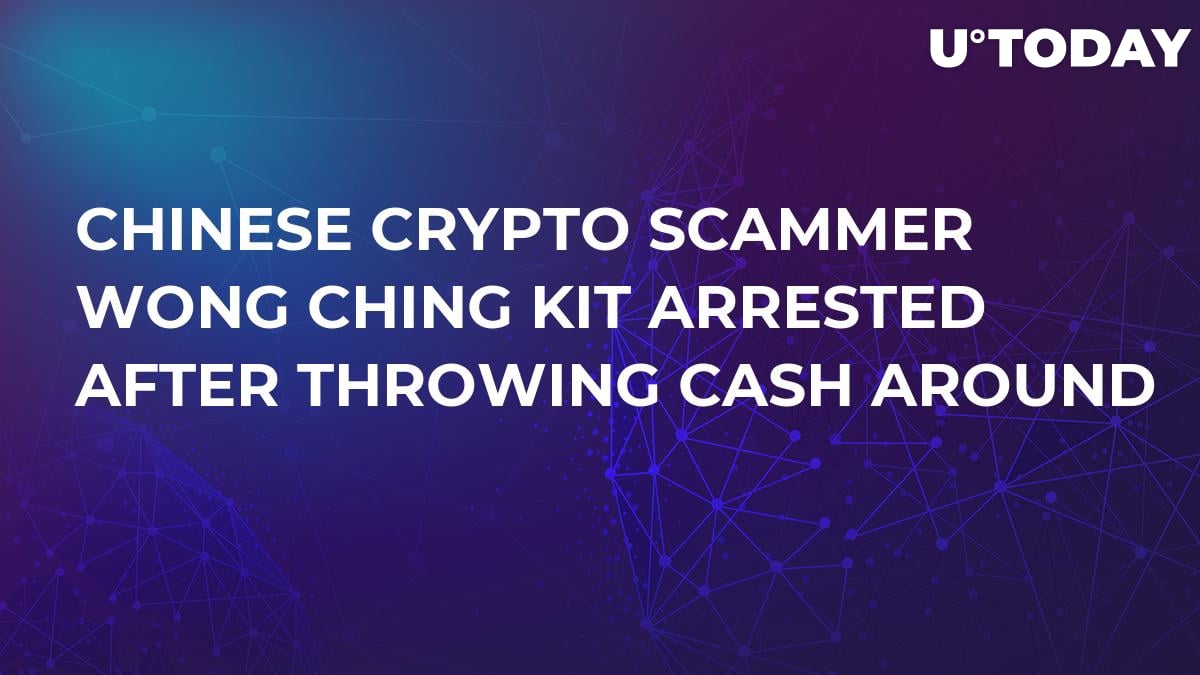 Wong Ching Kit, aged 24, came to the Sham Shui Po area of Hong Kong in his top-ranking car and began to give away HK$500 notes, walking around and showering people with banknotes. Local policemen arrived and arrested him in the process, accusing him of creating public disorder.

The guy seemed to be only pleased at the police coming for him, so he made a live video stream of his arrest on Facebook. He made a ‘broadcast’ from the police car, commenting everything happening to him at that moment and ignoring the officers’ warnings to switch of his smartphone.

Wong finished the livestream saying that he had not been hurt in any way and that he still had his money in the bag.

Shot through the heart and you’re to blame, you give crypto a bad name

Wong Ching Kit earned his fortune, counted by millions, in the crypto industry. However, in Hong Kong the members of the local crypto community and business area call him a con artist and scam maker.

Before he was handing out HK dollar notes, he once threw them off a building roof in Hong Kong, too.

Many people in the crypto industry believe that he threw cash out in order to draw attention to his FileCash Coin (FCC) project.

An employee of a local crypto management fund shared in an interview that Wong is doing his best to get the maximum out of his recent scam. The expert believes that if the market caught a bullish tender, Wong would not have needed to do all of these public stunts and attract public attention by getting arrested.

Wong’s group on Facebook, dubbed Epoch Cryptocurrency, is busy promoting his shady dealings. The guy has attempted to sell his mining gear for nearly HK$30,000. But the local miners, reportedly, proved publicly that his computers perform worse than advertised and their specifications had been described in a too positive manner for the real state of things.