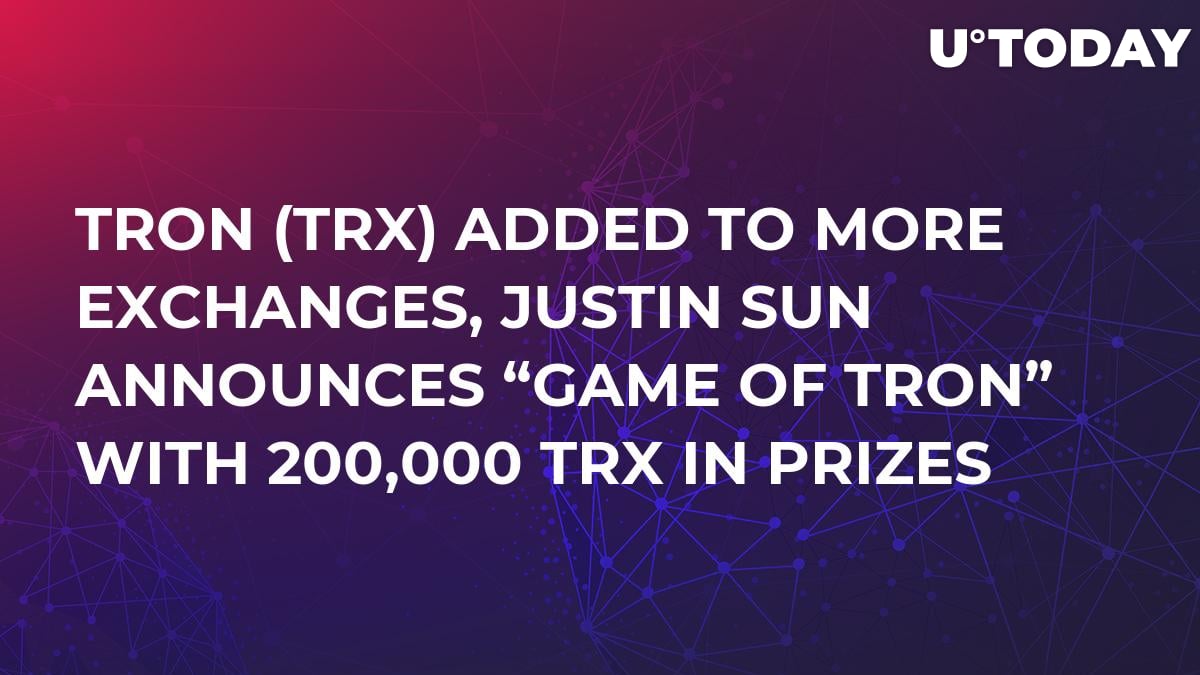 Right after Tron had launched the Tron Virtual Machine on Thursday, three exchanges tweeted about adding TRX to their trading assets.

BTCAlpha is the first one, it launched TRX against BTC and USD. The crypto-fiat pairs are a big achievement for altcoins, not many of them get to trade against the euro or the greenback.

The next exchange is Exrates.me. This company is famous for its low commission fees and a high level of security for user accounts. Exrates has launched TRX against BTC, ETH and USD.

Related
Think Crypto is a Bubble? What About Silicon Valley Startups Then?

The last one is CoinDeal– TRX/BTC. Apart from listing the Tron’s token, this exchange has also announced a contest for TRX users (Tronics), called “Game of TRON.” The total prize amount is 200,000 TRX.

A few days ago, U.Today reported a similar PR move initiated by Justin Sun, who offered 8,300 TRX to the contest-winner for sharing his social media posts and following his accounts on social media websites.