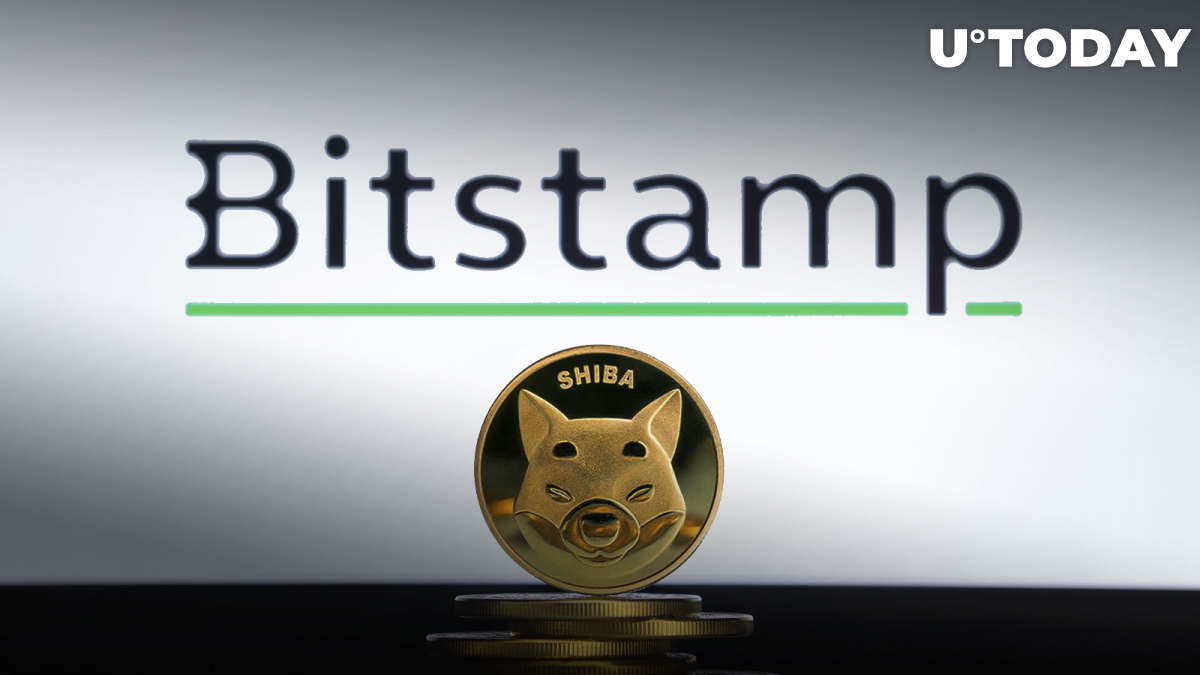 Cryptocurrency exchange Bitstamp has announced that the Shiba Inu (SHIB) token is now available for trading in the U.S.

This comes after the largest European exchange launched SHIB trading in other markets.

Bitstamp's American customers will be able to trade the popular meme cryptocurrency against the U.S. dollar and the euro.

As reported by U.Today, Shiba Inu finally became available for trading on the leading European cryptocurrency exchange in early June.

The popular trading platform initially announced the listing last December. However, it had been hampered by technical difficulties, and SHIB fans had to wait half a year in order to be able to trade their favorite cryptocurrency on Bitstamp.

The SHIB price has declined roughly 89% since last October, leaving late buyers in the dust. The canine cryptocurrency plunged together with Bitcoin and other altcoins amid the ongoing crypto winter despite seeing growing adoption and notable developments within its ecosystem.

Jean-Baptiste Graftieaux, CEO of Bitstamp, recently said that the exchange had not been significantly impacted by this year's crypto rout that led to declining revenues.

Bitstamp has experienced many boom-and-bust cycles in crypto, and Graftieaux appears to be confident that it will be able to weather another cryptocurrency crisis. The Luxembourg-headquartered exchange, which was founded all the way back in 2011, is one of the oldest cryptocurrency companies that remains operational today.