Yuri Molchan
Bloomberg expert Mike McGlone has tweeted that, this year, Bitcoin may get better than gold, and BTC is unlikely to revisit its old highs near $20,000 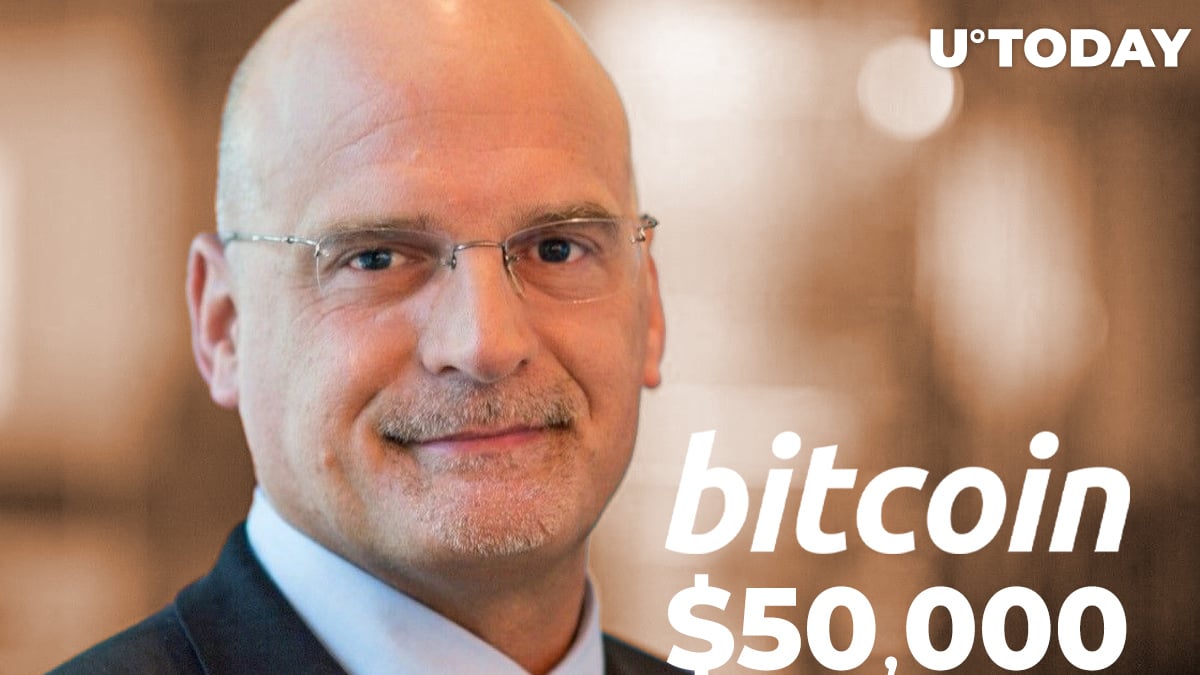 Bloomberg intelligence analyst Mike McGlone has taken to Twitter to announce that Bitcoin is likely to beat gold in 2021, and its potential to reach the $50,000 level may increase greatly this year.

Mike McGlone has tweeted that, in 2021, chances are high that the cryptocurrency market will grow so much that it may prevent Bitcoin from revisiting its 2017 all-time high of $20,000. He states that, even though this prospect remains, the chances of it are diminishing.

Also, the potential of the world's biggest crypto's reaching $50,000 and a market capitalization of a whopping $1 trillion is increasing.

As for January in particular, the expert wrote: Bitcoin may be better than gold.

In November of last year, McGlone already shared his expectation that 2021 will be a parabolic year for Bitcoin, as the same pattern that drove Bitcoin high in 2013 and 2017 may also play out in 2021.

Bitcoin breaks above $700 billion market cap, about to surpass Tesla

Less than an hour ago, Bitcoin jumped to top another level that it had never been to before: $38,000.

Meanwhile, Bitcoin has reached a market cap of over $705 billion, which makes Bitcoin worth more than such giants as Visa, Mastercard and Berkshire Hathaway.

Bitcoin is now about to enter the top 10 assets by market capitalization value and is about to overtake Tesla by market cap ($716.59 billion).

Grayscale gains $1.9 billion in Bitcoin and other crypto in one day

Meanwhile, financial institutions continue to accumulate Bitcoin and other digital assets. As the largest Bitcoin hedge fund, Grayscale shared on Wednesday that it now holds an eye-popping $25.2 billion in Bitcoin and other crypto.

It has acquired $1.9 billion worth of digital assets in a single day.