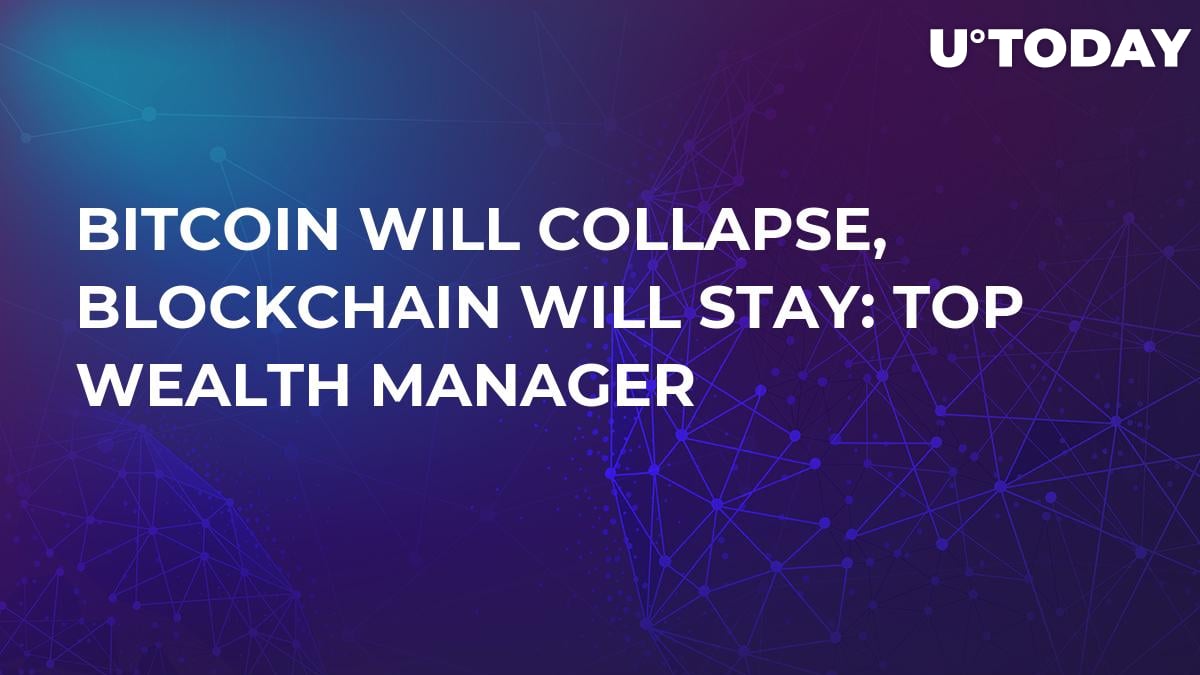 The cryptocurrency community is trying to come to its senses after Bitcoin and altcoins experienced an unprecedented growth on Apr. 2. The sudden market revival prompted many speculations about a full-fledged bull run, but wealth manager Peter Mallouk is still certain that the market is going to collapse.

Mallouk, who spearheads wealth management firm Creative Planning, believes that ‘most likely’ cryptocurrencies will collapse. He further explains that there are plenty of different digital assets, including Litecoin, Ethereum, and XRP, and even ‘a fraction’ of these coins won’t be able to survive.

Still, Mallouk predicts that one or two cryptocurrencies will stay. As reported by U.Today, Twitter CEO Jack Dorsey predicted that Bitcoin would eventually become the only Internet currencies. Dorsey, who also owns payment startup Square, hasn’t embraced any other cryptocurrencies apart from Bitcoin.

While explaining why crypto is not a viable investment option, Mallouk sticks to the argument that it doesn’t offer any pay-outs unlike traditional assets, such as stocks and bonds. For instance, if you own a house, you can collect rent, but Bitcoin is not going to pay you. The whole market, according to Mallouk, is driven by speculations, and crypto cannot be considered to be a real investment.

Those who are interested in Blockchain, the technology that powers Bitcoin, can still put money into it without actually dealing with volatile crypto. IBM, Microsoft, and other tech giants are actively investing in Blockchain, so one can consider buying their stocks in order to miss the boat on the disruptive technology.