Twitter’s Jack Dorsey Back Bitcoin to be Single Global Currency 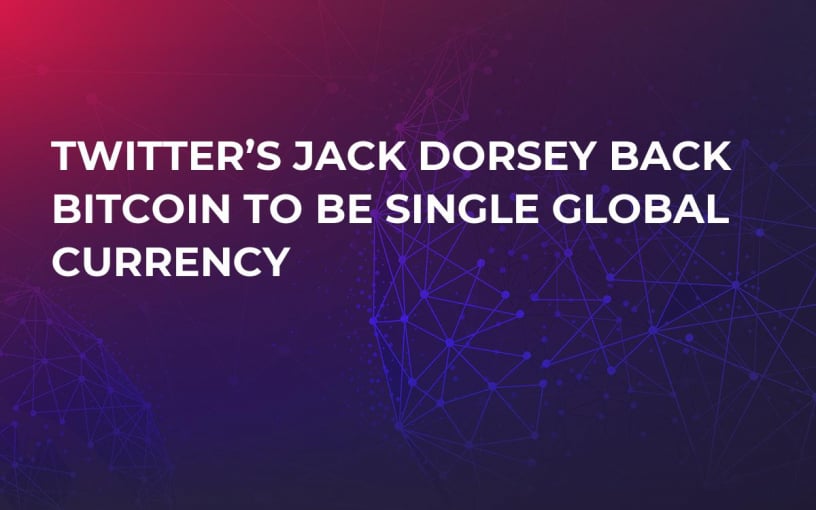 Jack Dorsey, who heads up both Twitter and Square, believes that within 10 years Bitcoin will overtake the dollar in terms of importance as it becomes the single global currency of the Internet.

Dorsey’s own companies have their allegiances split with Twitter set to ban cryptocurrency ads in the next few weeks, reportedly, whole Square is looking to integrate the digital currency payment.