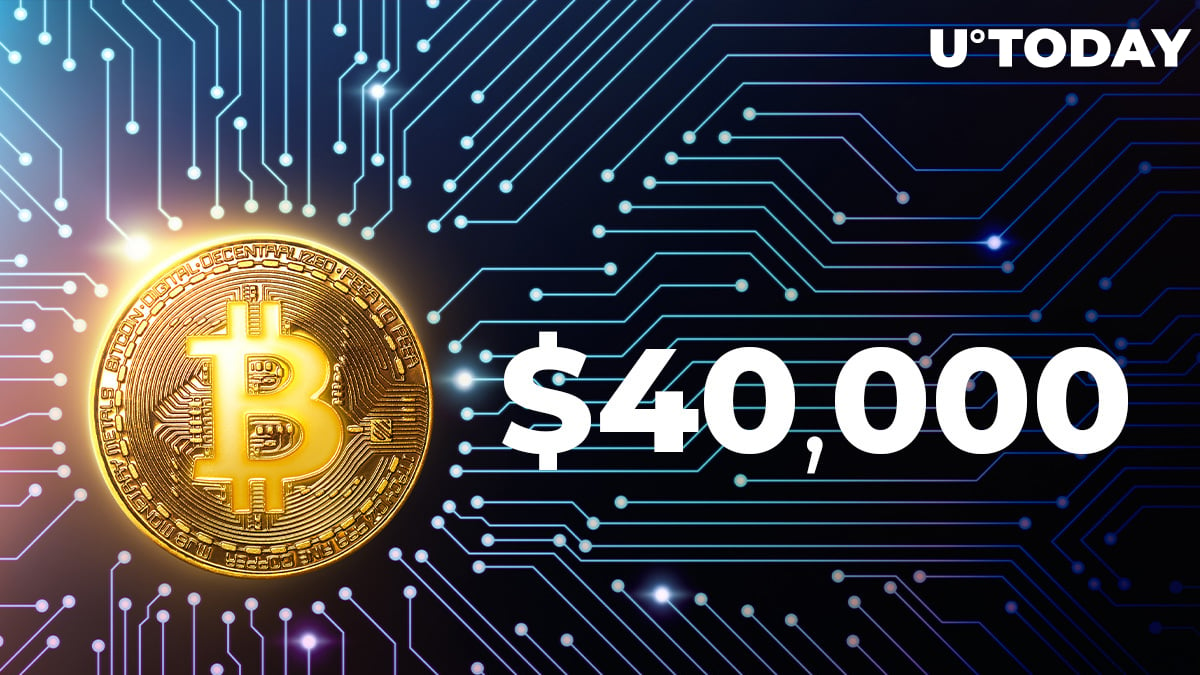 Bitcoin, the largest cryptocurrency, once again touched a key resistance level of $40,000 at 1:03 p.m. on the Bitstamp exchange.

It went on to surge to an intraday high of $40,500, which is the highest level the flagship cryptocurrency has seen since May 26.

The most recent pop came after hedge fund legend Paul Tudor Jones said that he was considering allocating five percent of his portfolio to Bitcoin during an interview with CNBC’s Andrew Ross Sorkin:

Listen, I like Bitcoin right. Bitcoin is math…I like the idea of investing in something that’s reliable, consistent, honest, and 100% certain. So Bitcoin has appealed to me because it’s a way for me to invest in certainty.

As reported by U.Today, Bitcoin also spiked on Sunday after Tesla CEO Elon Musk tweeted that the e-car maker will resume Bitcoin payments when Bitcoin gets greener.

After logging its third-biggest monthly drop in history in May, things are turning around for Bitcoin. The cryptocurrency's renewed rally was supercharged by El Salvador voting to adopt it as legal tender, a first for any country.

Bitcoin, however, has to decisively smash through the pivotal $42,000 resistance level in order to put an end to the downtrend.