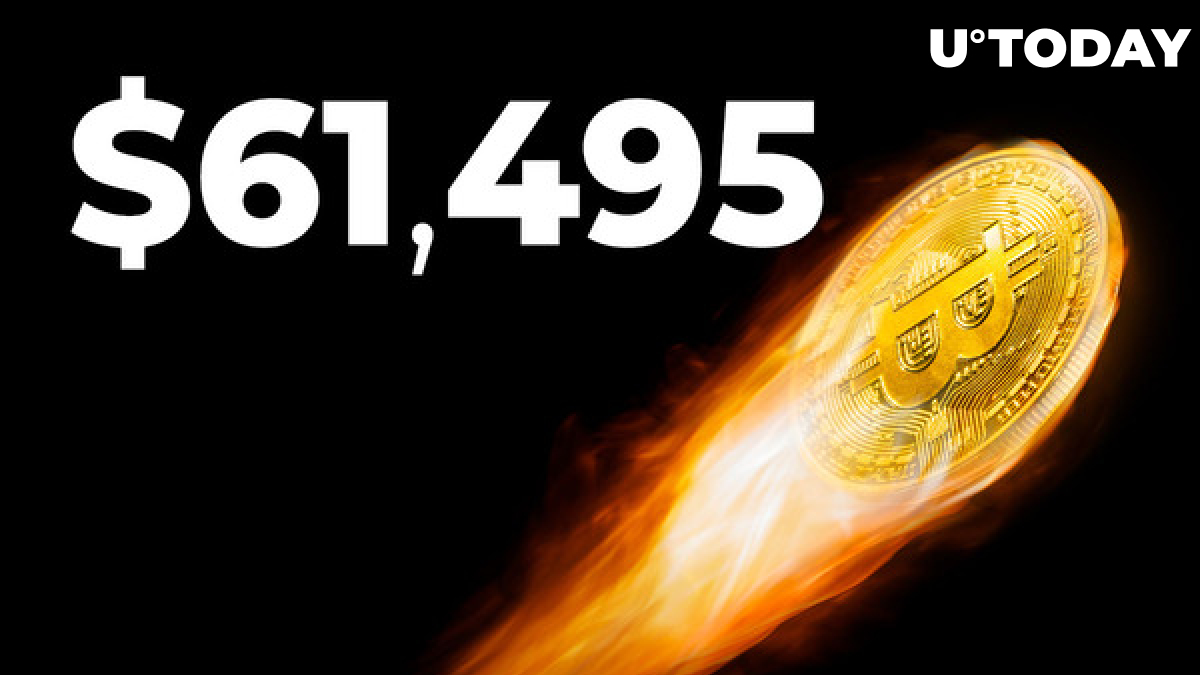 Earlier today, the flagship cryptocurrency, Bitcoin, surged to the $61,495 level on the leading crypto exchange Binance and then moved on.

The resumed rally of BTC is likely to be due to the increased interest from financial institutions. Earlier, U.Today reported about plans of the leading banking giants – Goldman Sachs and Morgan Stanley – opened exposure to Bitcoin to their wealthy customers.

Besides, selling pressure on Bitcoin has begun decreasing due to the Long-Term Holder Net Position Change indicator has gone green first time in five months, signifying that BTC miners have started to stack BTC instead of selling it.

Another bullish reason is that on April 5, the aggregate value of all cryptocurrency markets surpassed $2 trillion – that’s more than the value of the S&P Composite 1500 Banks index.