Darryn Pollock
While Bitcoin's price plummets, its mining operation is hitting new highs in what seems to be contrary to what would be expected in such a lull 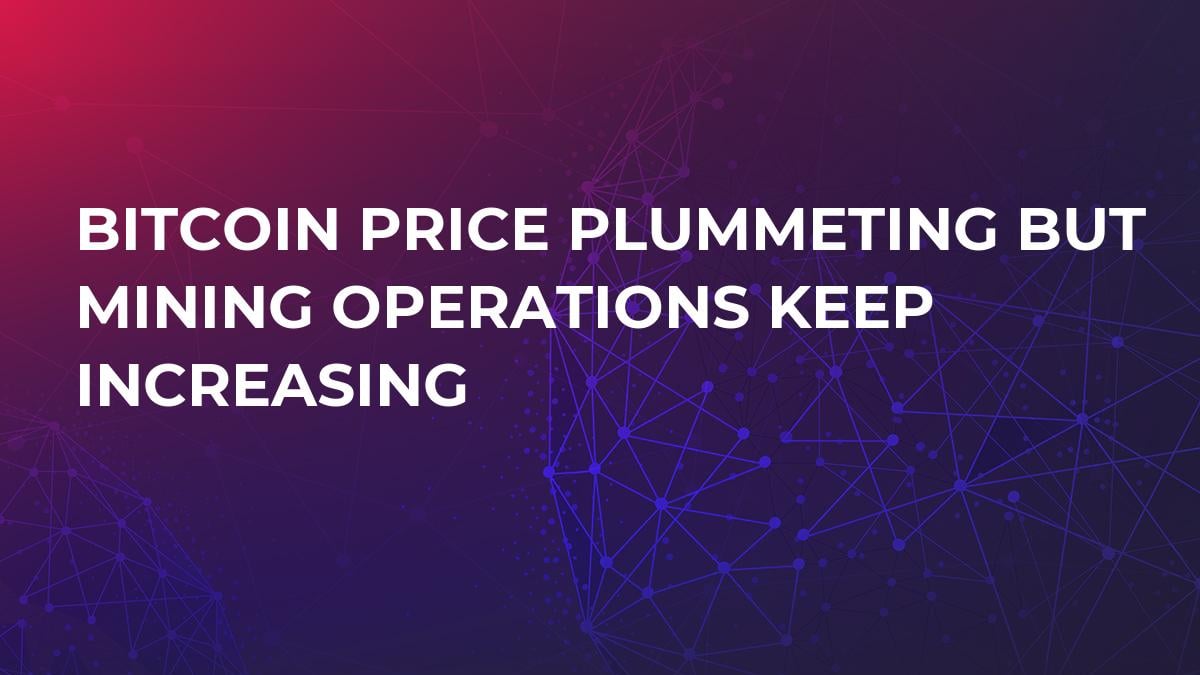 Bitcoin’s price and its mining operation have always had some sort of correlation as for miners, there is much more profit to be made when the price of the cryptocurrency is up. Thus, it is expected that in a lull in price, there will be a cooling off of mining - but this is not the case.

Information about Bitcoin’s hashrate seems to show that the mining operations are breaking more and more records in terms of the heavy mining that is going on, and this is during a time where profitability is not as high due to a Bitcoin price that dipped below $6,000 recently.

If we delve into the mining breakdown as it stands, it seems the correlation of more mining and lower price is confusing.

The cost of mining, in terms of its energy consumption and the damage to the environment, has been highly publicised. Places like Iceland have become such a hub of mining that the electricity used just for cryptocurrency outweighs their population’s general needs.

The energy usage has been estimated to be equal to the usage of the whole of Singapore, a country of 5.6 mln people. It brings the rate of carbon dioxide emissions from Bitcoin up to 23.2 mln metric tons per year. And it’s not showing any signs of slowing down.

Then, looking at it, the current average global cost of mining one Bitcoin is around $5,700-$5,800 at the average energy price of $0.08 for one kilowatt-hour. So, looking at that, when Bitcoin dipped towards the $5,800 mark earlier this week, it made mining almost pointless for those sitting on the average cost.

There is another battle going on that does not involve the miners and trying to stay in the profitability window for Bitcoin, but rather the battle is between the miners and the regulators.

Most of Bitcoin’s mining power comes from China where electricity is cheaper than the average and could explain why the hash rate is increasing even with the average profit line coming closer to the expense line.

However, the Chinese government is looking to crack down on the mining operations in its country and has already started dishing out harsh penalties for those caught out.

Regardless of the profitability window, and even the risks from government interference, Bitcoin mining is still profitable even today. Mining generates about $6.3 bln a year in revenue at current rates but costs roughly $2.3 bln to run. That means Bitcoin price can drop by half and mining will still be a winning proposition.