Bitcoin Now Accepted for Tax Payments in This Canadian Town

Alex Dovbnya
??Innisfil is the first Canadian municipality where residents are allowed to pay taxes in Bitcoin 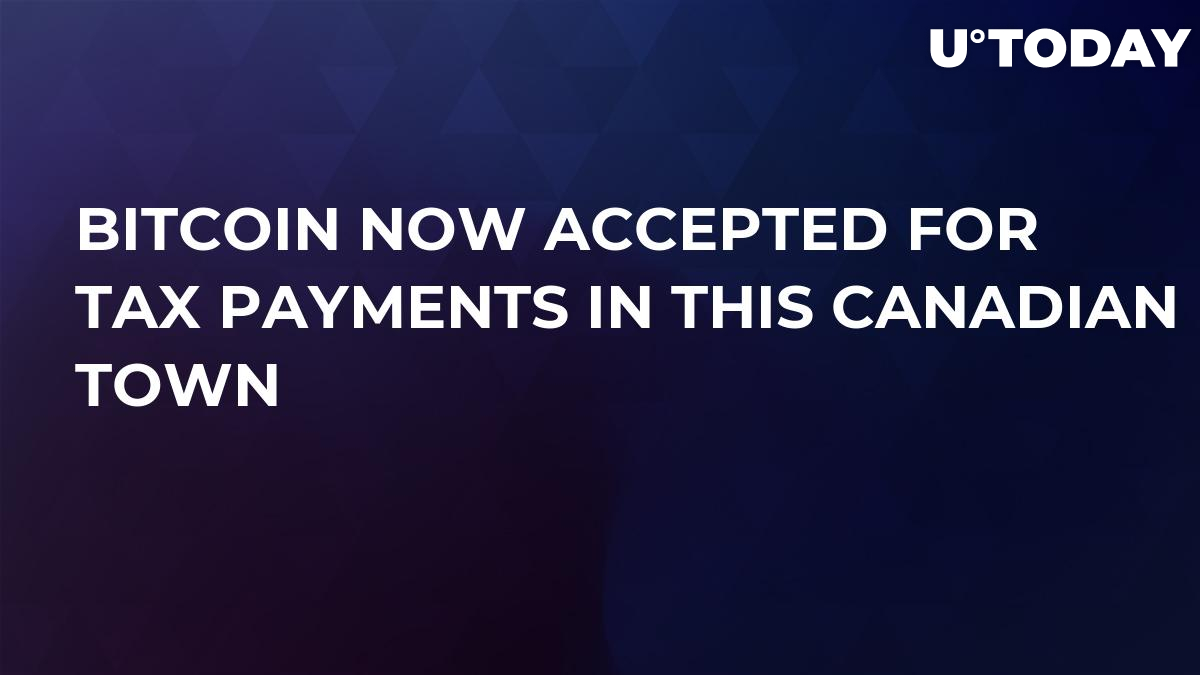 The residents of Innisfil, a small Canadian town whose population barely exceeds 36,000 people, will now be able to pay their taxes in Bitcoin starting from Apr. 15, Motherboard reports. That was possible because of a partnership with local cryptocurrency payment processor Coinberry Pay.

The town plans to further step up its crypto game by also planning to allow its residents to pay for multiple municipal services with Bitcoin. Those who are supposed to fork out a 4 percent fee will only have to pay a 0.5 percent fee with Bitcoin. Apart from Bitcoin, Innisfil could soon start accepting altcoins, such as Ethereum and Bitcoin Cash.

“It allows us to develop our competency and our understanding around cryptocurrency and the blockchain and digitizing our services and our offerings to the public,” Innisfil Chief Administrative Officer Jason Reynar explains as the reason behind their bet on crypto.

However, the fact that the town’s citizens will be able to pay in Bitcoin doesn’t mean that the government will hold crypto as well. Before it ends up in the municipality’s bank account, the crypto received from taxpayers will be immediately converted into Canadian dollars.

Related
Crypto Tax Returns for 2018 May Be Lifted If You Live off Crypto Only: Report

It is worth noting that Innisfil is keen on new technologies. “I was pleasantly surprised to find that out of the five people around the table, all five of them actually own crypto,” says Coinberry CEO Andrei Poliakov.

Back in 2017, the town decided to hire Uber to solve its transportation problem instead of building a bus line, which subsequently helped the town save millions of dollars.