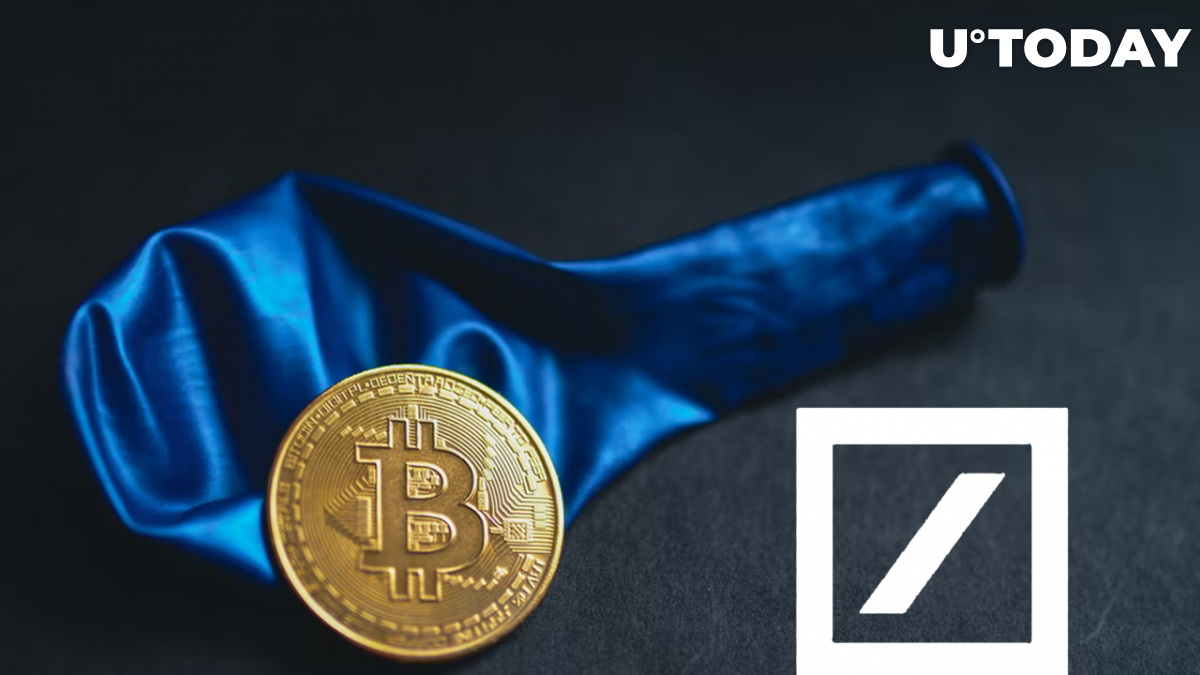 A Deutsche Bank survey that was published earlier this Tuesday shows that the majority of investors still think that Bitcoin is in "extreme bubble" territory.

More than half of the respondents gave the cryptocurrency a rating from 8 to 10.

Still, the share of those who view Bitcoin as the most extreme case of "bubbliness" has declined significantly compared to March 2021.

It is worth noting that Bitcoin's price action has been extremely underwhelming in 2022. The cryptocurrency is currently down 54.20% from its record high after recording nine consecutive weeks of losses (a new record).

The survey shows that investors continue to believe that there is froth in the stock market. Despite the fact that the Nasdaq 100 index declined more than 22.30% on a year-to-date basis, tech stocks are still viewed as a bubble, albeit not an extreme one. The vast majority of the respondents gave the Nasdaq a rating of 7 or lower.

Related
South Korea Plans to Establish a Watchdog over Virtual Assets and Crypto in June
In early 2021, for comparison, tech stocks were in "extreme bubble" territory right next to Bitcoin.

The U.S. equities market remains frothier compared to European and Asian equities. Other asset classes, such as European government bonds and credit spreads, are also off the hook, the survey shows.

Yet, Bitcoin bulls believe that the market will be able to successfully weather unfavorable macroeconomic conditions and start a new rally.

As reported by U.Today, CryptoQuant analyst Ki-Young Ju opined that the top cryptocurrency was unlikely to drop below $20,000 because of high-profile institutional investors who would keep its price afloat.

Earlier this month, American banking giant JPMorgan released a research note, in which it stated that Bitcoin's fair valuation was around $38,000.
#Bitcoin News