Darryn Pollock
With positivity surging through the market, Bitcoin Cash has surged on the news that one of its biggest backers, mining company Bitmain has filed for an IPO 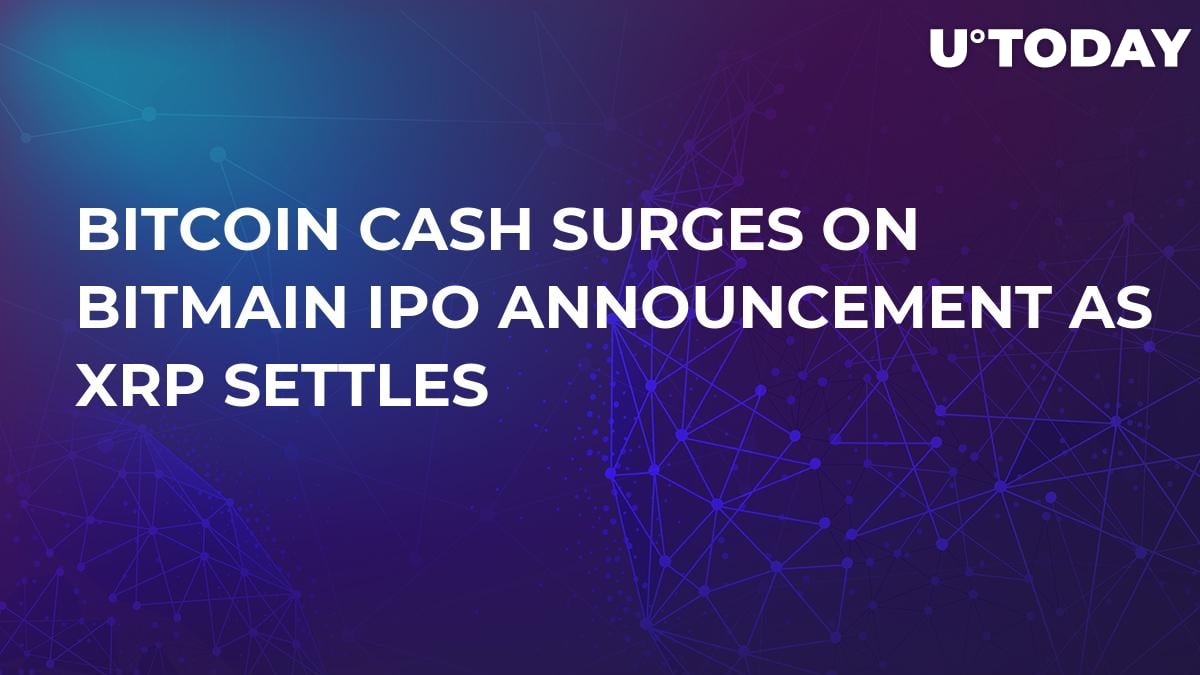 The cryptocurrency markets have continued to show some good growth over overcoming a recent correction from the beginning of the week. First, it was XRP that surged, twice, but now Bitcoin Cash is riding the positive sentiment with news of a Bitmain IPO being filed.

Overall, it is a mixed bag of decent gains and small losses for the top 100 coins, with Bitcoin basically moving flat with a fraction of a percent gain in the last 24 hours; it sits at just under $6,500.

Ripple has receded a bit, and as such, has also lost its second ranking in the market cap standings with Ethereum back in the second spot, and Bitcoin Cash making ground on fifth-placed EOS.

Recently, Bitmain, one of the biggest cryptocurrency mining companies in the world filed for a ground-breaking IPO in Hong Kong. The idea is to take the mining giant public on the Hong Kong stock exchange.

However, there has been much concern over this potential IPO as the mining industry has been in some strife with the falling price of cryptocurrencies and the profit margin with it. But, with Bitmain forging ahead, its presence has been felt through Bitcoin Cash.

Bitcoin Cash has a strong link with Bitmain as the mining company’s owner, Jihan Wu, is a big supporter of Bitcoin Cash. Thus, the belief being that if Bitmain and its IPO are a success, there is bound to be a big boost in Bitcoin Cash.

Ripple, on the other hand, has cooled off a bit from its own pump and is down a few percent, but is still in a good place ahead of its launch of xRapid.

In the top 20, it is a mixed bag of gains and losses as 12 coins are in the red and eight in the green. It is not a big swath of losses as the biggest percentage lost is Tezos, in 17th, which is down four percent and is an outlier, as Dash and Ripple are only down 1.5 percent.

On the green side of things, Bitcoin Cash is the third biggest gainer over 24 hours as Eternal Token continues to spike from yesterday, up another 25 percent today.