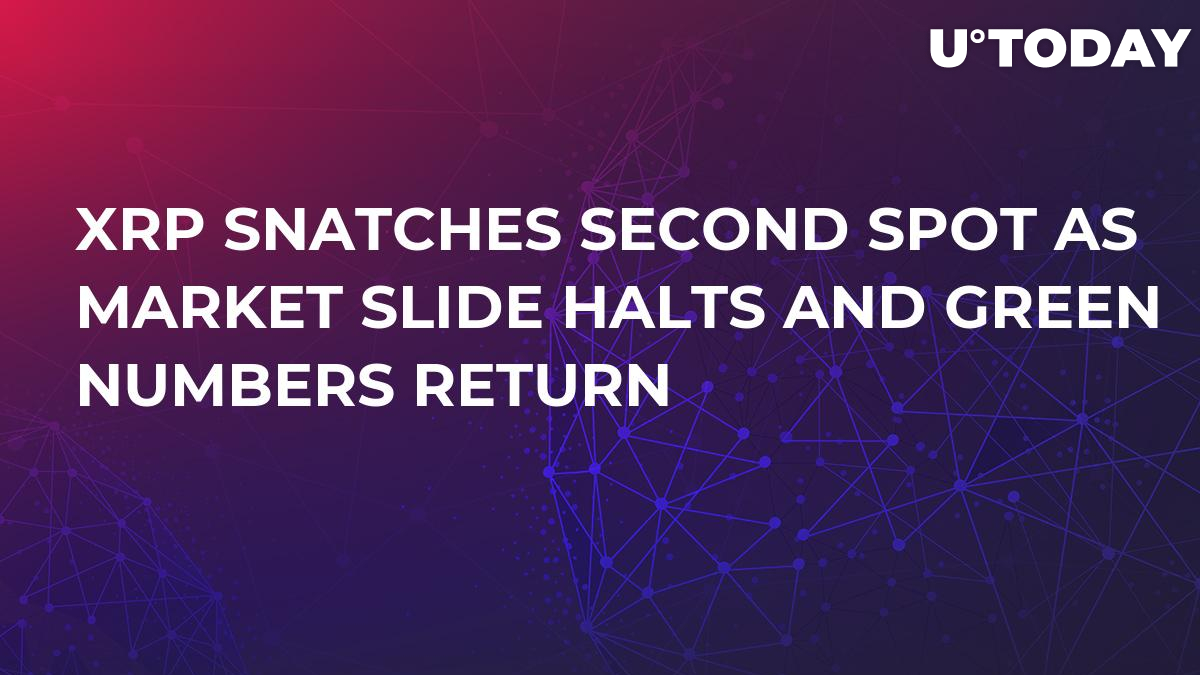 After a two day long correction in the market following last week’s prolific gains, the cryptocurrency market cap is back above $215 bln and is showing positive growth for most coins.

XRP is continuing its dramatic growth path after leading the last rally. It fell substantially in its correction, but is back to spiking in price, sitting at over $0.55. All but one of the top 20 coins are showing gains, only Dogecoin is down, but by a fraction of a percent.

It is a positive sign that the market has been able to correct and then rebound, especially with Bitcoin reaching back up to $6,500 as it has been discussed that a key support will be $6,800.

XRP’s ride to the top

Ripple, and its native token XRP, has managed to take second place from Ethereum again. It first did this last week for a brief time as the price of the XRP token skyrocketed. Again, with most of the market showing gains, even Ethereum, XRP is racing ahead with a 24 percent gain in 24 hours.

XRP’s market cap is now $22.2 bln with Ethereum only back $200 mln. Ethereum price, in contrast, has only gone up by less than three percent and sits at $215. Bitcoin is also seeing modest gains, of just over 1.4 percent, which has helped its price back to $6,500 after falling to a low of the correction at $6,400.

Other coins faring well in the latest comeback are the same ones that felt the biggest fall in the correction; the likes of EOS, Cardano and Stellar are all up over five percent.

The biggest winner of the day, however, is a new coin, Eternal token, which came into being last month. It is up from $0.25 to $1.25 in the last two days which equates to an 85 percent rise in the last 24 hours alone.

While this latest price surge may be attributed to the end of the correction, the overall sentiment change in the cryptocurrency space could also have something to do with the change in mindset from Google when it comes to cryptocurrency advertising.

Google has said, following on from the likes of Facebook, that it will be reversing its ban on cryptocurrency advertising, which is of course positive for the entire space, not just Bitcoin, as it gives incentive to smaller coins and Blockchains.