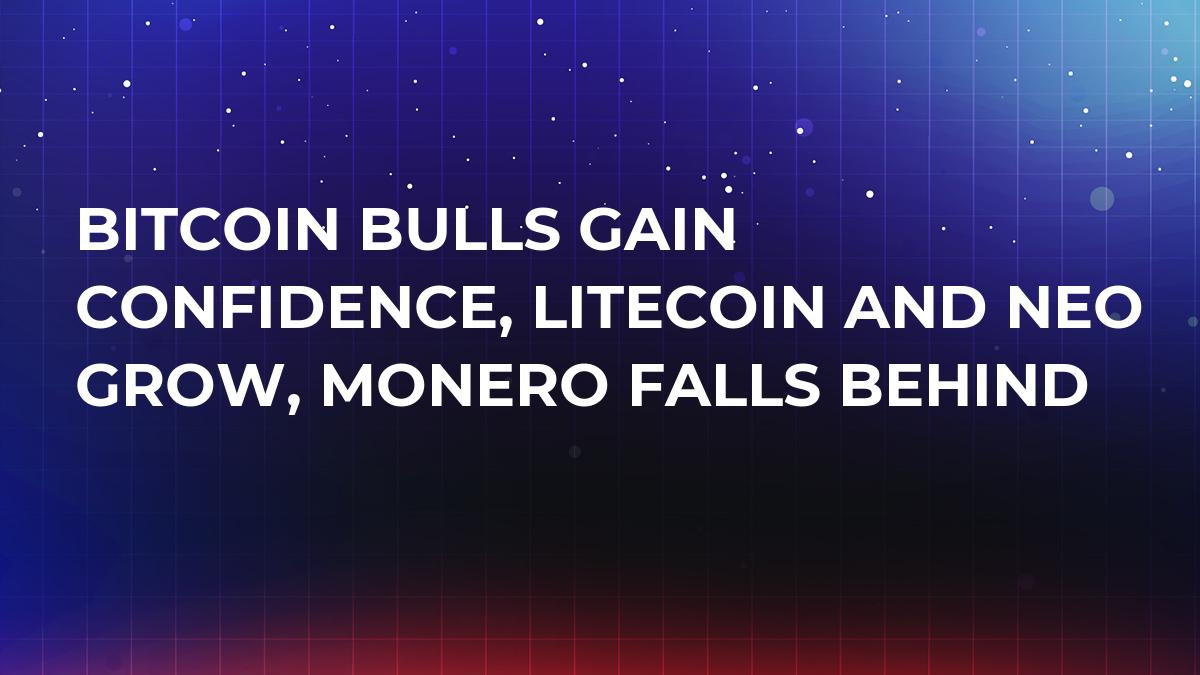 By the end of the first week of May, the market has returned to its normal state: assets are regaining independence and no longer moving up and down synchronously, Bitcoin and altcoins are compelled to fight for the attention of investors who are investing funds with a great deal of caution. As we expected, the phase of unrestrained growth for altcoins is over for now, while Bitcoin’s lateral movement continues (despite yesterday's achievements of bulls).

The number of both long and short margin positions is falling, which means that exchanges will be less aggressive in using bots for price manipulation.

Although, the market still needs a shepherd- a big player who will indicate the direction of movement, especially for Bitcoin.

On the other hand, the price of most altcoins has arrived at a comfortable value for holders- less than January’s, perhaps, but enough for respectable portfolios.

Market capitalization has grown to $450 bln in the course of the day. The $10 bln gain can be attributed to the price increase of Bitcoin. The main question at the moment- will these funds remain with the main asset or will they be dispersed among altcoins? Out vote goes for the first version. For the first time in a long while, we see multidirectional movement among the top 10 coins. The old-timers Bitcoin, Ethereum, Ripple and Litecoin all show gains, and IOTA joins them from the less “traditional” assets. Other altcoins are at a loss, with EOS doing worse than others with a decline of seven percent.

The break through the triangle happened earlier than we expected, and the prices were not given a chance to test the level of $8,900. Even now, after updating the previous local maximum (the new one is $9,780), we do not discount the possibility of correction.

Despite the obvious growing trend, we can only be confident that Bitcoin has left the lateral trading after it gains a foothold above the psychologically significant mark of $10,000.

Readers who bought Bitcoin after the upward break in the triangle can be congratulated, but they should not lose vigilance- the market will certainly try to take this profit away. The price has already been corrected to 0.786 of the old Fibonacci grid, and may even go down further, to the value of 0.618 and the price of $9,350, respectively. The equilibrium price in the lateral trade is $9,200, coinciding with the correction level of 0.5 and the intersection of the already broken facet of the triangle and the ascending channel. Such points of accumulated interest often act as magnets for the price, but it is unlikely to be reached today.

Prospects for further growth after a quick bullish run also remain vague, but the targets are clearly seen. The closest is $10,200, the next one is indicated by the mirror level and the 1.618 value of the Fibonacci extension- $10,500. The day’s key mark is at $9,550, if the price gets a hold above it, the scenario of further growth is more likely, otherwise- the scenario of correction.

Despite a growth dynamic resembling Bitcoin’s, which becomes evident when comparing charts, the situation for Litecoin investors is less optimistic (though recently, that always seems to be the case).

If the main asset was able to overcome its previous high, its younger brother has formed a classic "double top” with the potential for further correction.

The nearest correction level is 0.236, coinciding with the price of $152, and Litecoin will almost definitely not fall below $144. Immediate growth is also unlikely, but over a few days, the price may reach $175, which is indicated by the activation of the potential flag. Above, Litecoin will face the most powerful mirror resistance level, which has more than once held back growth- it is marked in green on the chart. We recommend close monitoring of the asset’s approach to this level.

We don’t have any good news for Monero investors today. The asset is experiencing difficulties with rising above the $260 level, which has turned into a resistance. Young bull calves (we can’t quite call them mature bulls) were able to push the price out of the descending channel for a short time, but could not hold the position.

But even if success favored the horned ones, the parallel expansion of this channel a little bit higher would certainly foil plans for further growth. Because of this, we predict that the asset will once again test the level of $230, where buyers should try their hardest to support the coin.

We don’t see any prospects of rapid growth for Monero - at best, the bulls can expect a test of the previous local high-  $300.

The medium-term goal of $340, which we marked on the chart, can be kept in mind, but there are no reasons to count on its rapid achievement.

We are definitely liking NEO’s chart: the asset is slowly but confidently moving in the ascending channel, without sudden ups or downs. In addition, confidence in the asset’s future is boosted by the huge initial purchase volume which we observed at the end of April. Active purchases started from the level of $80, which means that it will serve as a support in case of a negative development.

The medium-term prospective target for NEO remains the same- it is $105. However, some interference can be seen from the mirror level, similar to the one on the Litecoin chart. It is likely that the price will rebound from it, without reaching the designated goal directly. Depending on the growth rate, this can happen in the range of $98-$102.