Bitcoin and Ethereum Spinoffs, BCH and ETC, Are Leading Altcoin Rebound: Here's Why

Tomiwabold Olajide
Bitcoin Cash (BCH) and Ethereum Classic (ETC) are trading higher by 10% and 11.73% in the last 24 hours 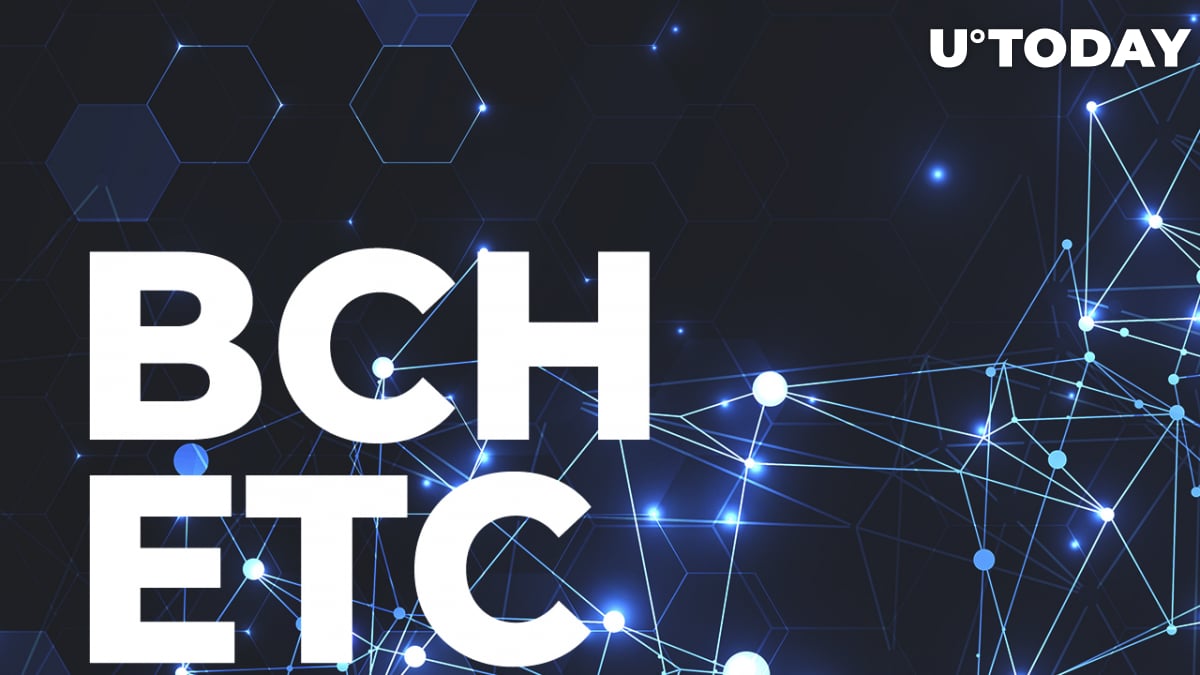 As per data from CoinMarketCap, cryptocurrencies Bitcoin Cash (BCH) and Ethereum Classic (ETC), are trading higher by 10% and 11.73% in the last 24 hours. The cryptocurrency market is posting a recovery as Bitcoin and altcoins were adding value at press time.

Ethereum Classic (ETC) was created in 2016 as the result of a spinoff or "hard fork" of the original Ethereum network. The Ethereum Foundation is expected to migrate from proof-of-work to proof-of-stake consensus in Q2, 2022, through "The Merge.'' Proof-of-work cryptos are highly dependent on mining, while proof-of-stake cryptos are not. This might present an opportunity for ETC, being a proof of work consensus operating a modified version of Ethash called ETChash.

Ethereum's upcoming Merge event might disenfranchise the largest EVM Proof of Work mining ecosystem, but Ethereum Classic says it is well-positioned to absorb much of this abandoned Ethash hashrate.

In an official blogpost titled ''Migrating to ETChash Post ETH Merge,'' the Ethereum Classic project welcomes "disenfranchised" ETH miners who may lose out on their stream of income when the Merge occurs. The reported success it is seeing in the migration likely contributed to the recent rise.

ETC is expected to cut production by 20% on May 1, 40 days later. ETC officials also welcome POW miners of ETH to join. However, ETC's TVL only ranked 80, the number of daily active addresses is around 1,000, and the daily transaction volume on the chain is about 100,000 ETC.

Bitcoin Cash is a Bitcoin spin-off or hard fork that was created in 2017.

As covered previously by U.Today, Sint Maarten, a constituent country of the Kingdom of the Netherlands, could make Bitcoin Cash, the most prominent fork of Bitcoin, its legal tender.

Rolando Brison, the head of the United People's Party, says that he has already started exploring such a bill. As per CoinMarketCap data, in the last seven days, BCH is up over 27.69% at a present price of $362.43.