Bitcoin and Ethereum Exchange Reserves Getting Drained, Here's Why 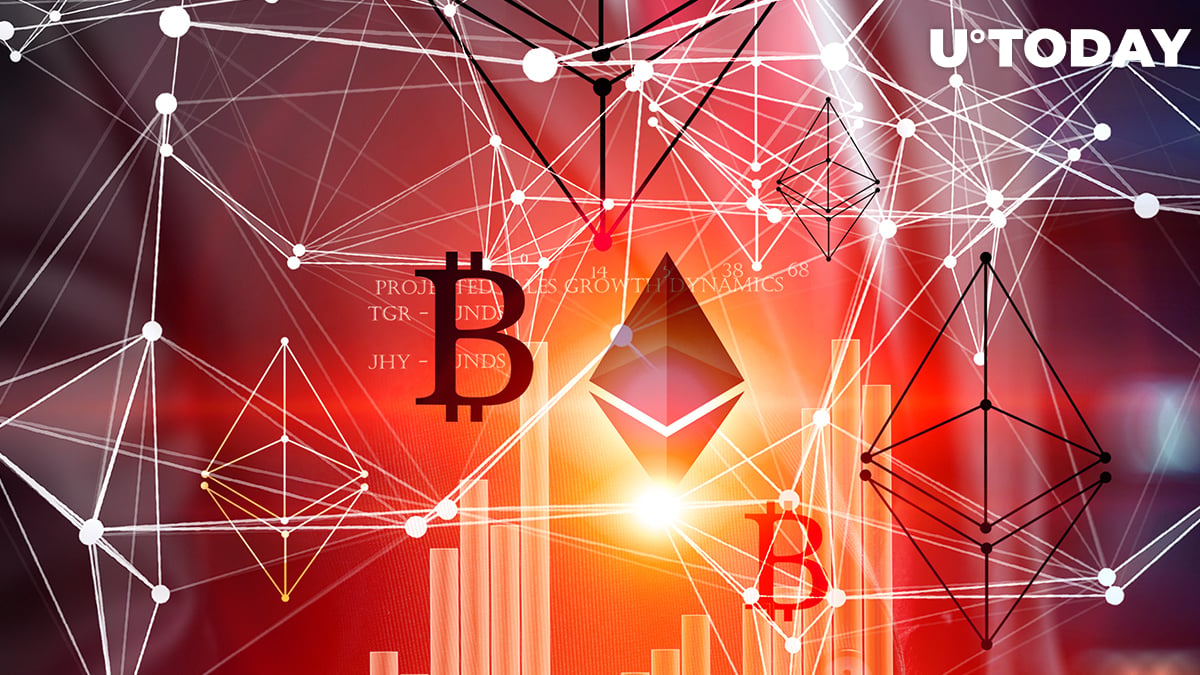 According to the on-chain data from CryptoQuant, Bitcoin and Ethereum are being massively withdrawn with a strong positive price correlation. Various cryptocurrency exchanges have lost more than 2 million Ethereum and 100,000 thousand Bitcoin in less than a month. In USD, the overall value of these outflows totaled $10.4 billion.

The overall outflow from exchanges has been continuously growing since 2020. This could be an indication of the beginning of a potential bullrun. Bitcoin and the cryptocurrency market in general started a steady growth in 2020, when exchanges began to progressively lose their reserves.

Generally, a progressive funds outflows indicate a decreasing selling pressure due to the fact that market participants are keeping their cryptocurrencies on wallets, instead of depositing them to various exchanges in order to sell later.

Previously, U.Today reported that exchanges were losing from 50 to 100 thousand Bitcoins per month. The last time exchanges faced a positive funds flow was the May sell-off, when Bitcoin and other cryptocurrencies saw around 50 percent drop.

At the same time, traders, cryptocurrency miners are also unwilling to take their profits. After the massive hashrate drop caused by the mining ban in China, the selling pressure on the market has greatly reduced, making it easier for Bitcoin and Ethereum to move higher.