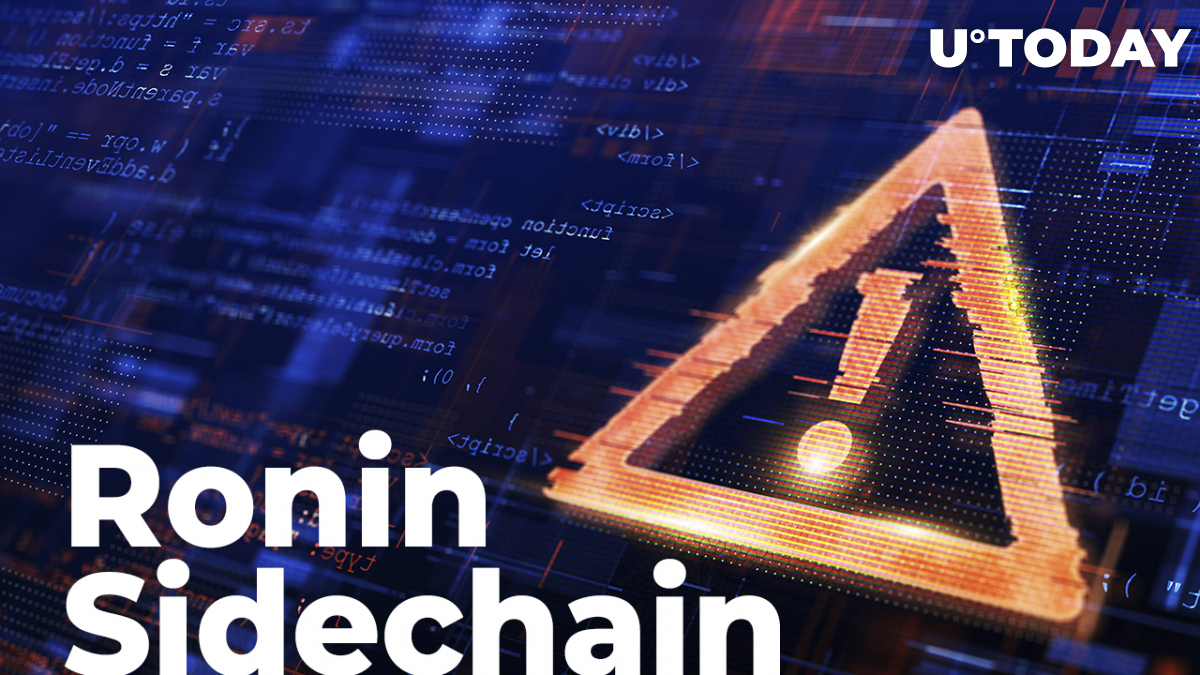 This could be the largest decentralized finance hack in history, topping the $611 Poly Network heist that took place last August.

Related
91 Percent of U.S. Consumers Have Heard of Crypto: Survey
The Ronin hacker was able to create fake transactions with the help of compromised private keys.

While Poly Network managed to retrieve virtually all of the stolen funds, it remains to be seen how Ronin will handle the historic hacking incident. The address associated with the attacker remains in control of the vast majority of the stolen crypto.

Developers behind the Ronin network have already started working with law enforcement officials as well as blockchain sleuths to track down the hacker behind what appears to be the largest DeFi heist ever.

The price of the Ronin (RON) governance token has crashed nearly 30% as a result of the hack, according to data provided by CoinMarketCap.

Ronin was launched last February in order to get rid of exorbitant gas fees and make transactions much faster. In January, the Sky Mavis team introduced the RON token.

According to data provided by blockchain sleuth Elliptic, the attacker behind the catastrophic Ronin bridge hack has already started laundering proceeds.
#Ethereum News