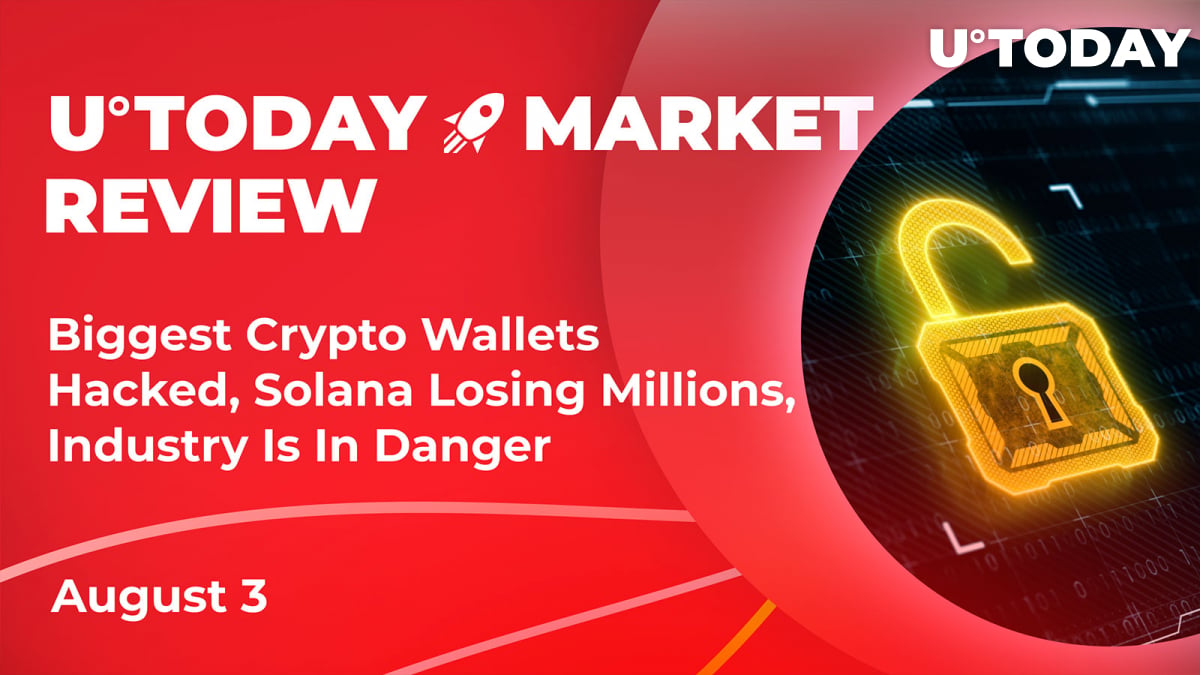 As we mentioned earlier, the start of this week was more than rough considering the hack of Nomad bridge, Cardano's postponed Vasil Hard fork and issues with the upcoming Merge update for Ethereum. Unfortunately, no one expected that this was just the beginning since, today, the market faced a multi-million Solana hack that led to the vulnerability of users' funds on wallets like Trust and Phantom.

Following the undisclosed vulnerability on the network, hackers drained millions of users' funds directly from their wallets. The vulnerability of the network somehow affected users who held their funds in Ethereum tokens, so the hack lead to cross contamination and is affecting tokens from other networks.

My biggest take away from digging into the Solana hack:

About 33% of reports were incorrect or incomplete once I spoke to users.

Presumably, hackers got access to wallets like Trust and Phantom via imported seed phrase on a Web3 platform since an unusually high percentage of victims were using it while holding Solana or tokens based on that network.

Shortly after Solana developers discovered that users were rapidly losing their tokens, the network was shut down, which makes Solana one of the least stable networks from the top 20 on the cryptocurrency market, considering it has faced some kind of technical issue almost every month, starting way back in 2021.

As of now, blockchain and security experts are looking for ways to safeguard funds on both wallets and to determine the exact reason behind the hack while collecting data from victims.

Volatility is gone from cryptocurrency market

In the last six days, the average Bitcoin volatility stayed at around 3%, which is an extremely low value for the first cryptocurrency that has been moving more actively in the past few weeks and showing a potential return of the volatile market.

The main reason behind the decreasing volatility could be tied to the lack of bullish signals that will make investors get back into the market and provide more trading volume for the first cryptocurrency.

Luckily, Bitcoin is still trading in a local uptrend, which shows that the market still has not entered the bearish phase.

Is industry in danger?

Cross-chain solutions like the Nomad bridge suffered massive losses in the last few weeks because of smart-contract-related issues. Luckily, some of those funds were recovered thanks to white hat hackers who chose a 20% reward rather than potential prosecution in the future.

One way or another, the $1 billion damage caused by a mistake in a smart contract could become a final blow for the DeFi or cross-chain industry. The fundamental problem is that even users who did not have any connection to cross-chain solutions also lost some of their funds, which means that we might see another wave of migration of funds back to noncustodial private wallets in the foreseeable future.