52,000 BTC Bought by Bitcoin Sharks Over Past Month: Report

Yuri Molchan
Large Bitcoin holders have increased their balances to a total of 4.29 million BTC 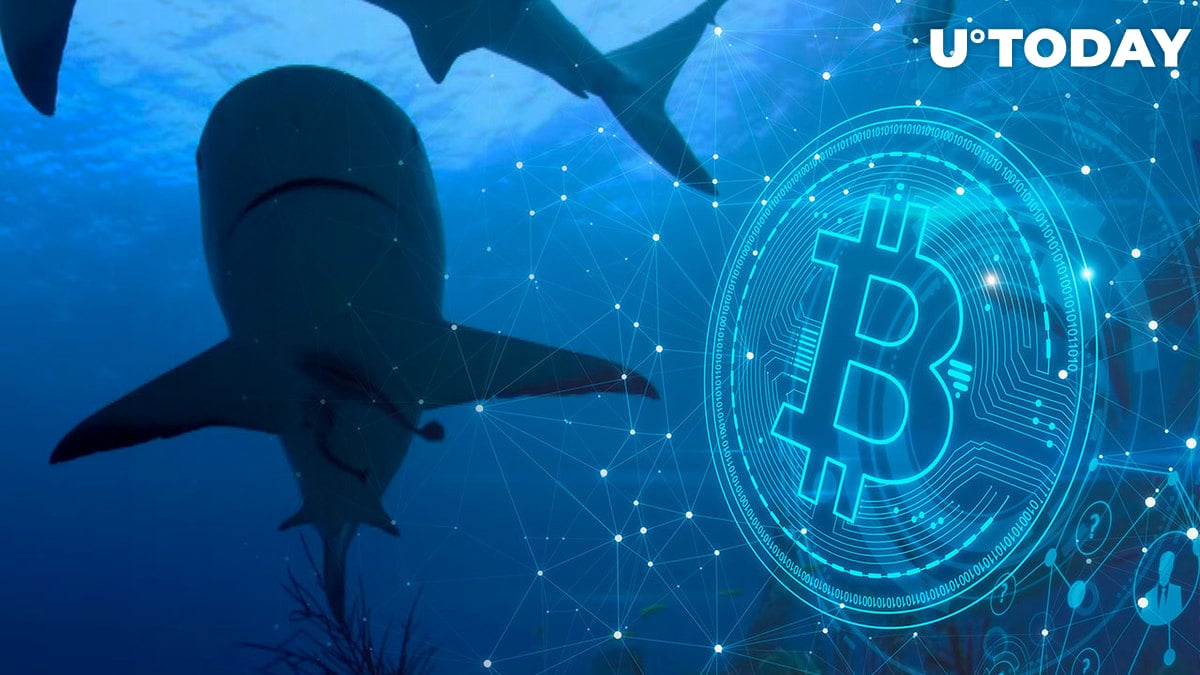 According to a recent tweet published by Santiment on-chain data company, owners of wallets holding from 10 to 100 Bitcoins have been actively acquiring the leading digital currency in the past month.

Santiment analytics team has tweeted that in the past five weeks, an astounding amount of Bitcoins – 52,000 – has been added by the above mentioned crypto wallets. This sum in BTC is now evaluated at $1,124,619,600 at the present BTC/USD exchange rate. The acquisitions were made while Bitcoin was trading at a great discount of roughly 27 percent from its previous highs.

Thanks to these purchases, the overall amount of the flagship cryptocurrency held by these BTC sharks has increased to a mind-blowing 4.29 million coins.

🦈 #Bitcoin addresses holding between 10 to 100 $BTC have been stacking #Satoshis on this dip, and have collectively upped their holdings to 4.29M $BTC. In the past 5 weeks, as prices have retraced -27%, they have added 52K more coins to their wallets. https://t.co/lgKK1iP8Pr pic.twitter.com/FqIH57BGnb

On July 7, a report came out showing a decrease in the amount of jobless claims, which pushed Bitcoin around 7 percent up, along with the rest of crypto and the stock market as well.

Bitcoin is 83% up since MicroStrategy stepped in

CEO of the business intelligence software giant, Michael Saylor, a prominent Bitcoin investor and evangelist, has taken to Twitter to remind that since his company started its Bitcoin journey back in August 2020, the digital asset has shown a rise by 83 percent and the company’s stocks gone up nearly 80 percent.

Emphasizing the advantages of Bitcoin against traditional stock markets, Saylor tweeted that while BTC rose 83 percent, S&P only went up 16 percent and Nasdaq 100 increased by 6 percent. In the meantime, the main rival of Bitcoin as a store of value, gold, has dropped 14 percent in total and silver gone down 33 percent.

On August 11, 2020, @MicroStrategy embarked on its #Bitcoin Strategy, acquiring 21,454 bitcoins at an aggregate purchase price of $250 million.

Earlier, U.Today covered that on June 29, MicroStrategy continued its Bitcoin investment, laying its hands on another 480 coins. The company paid approximately $10 million for this amount of crypto and now it is holding a total of 129,699 BTC worth almost $4 billion.