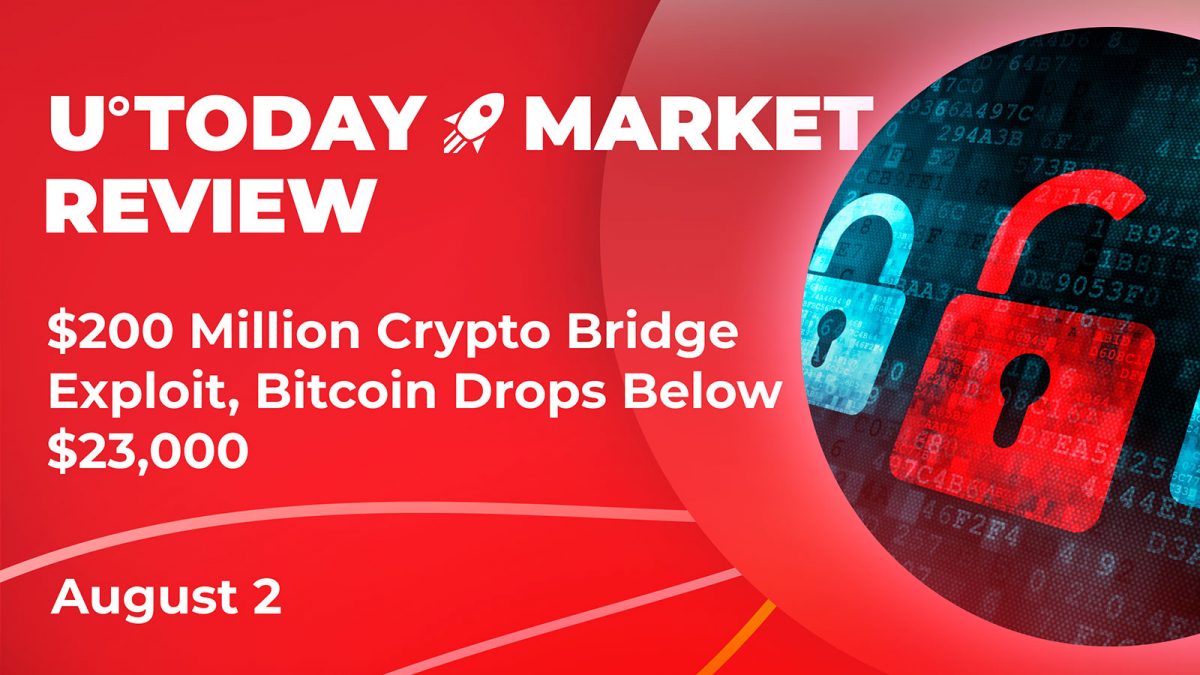 The beginning of the week was not as smooth as we expected it to be following the massive rise in positivity we saw previously. First, we had a Vasil hard fork postponed, then Ethereum decentralized derivative trading platforms reported that they might face some problems after the Merge update. Less than 24 hours ago, the market faced a $200 million hack of the Nomad bridge.

Unfortunately, Bitcoin was not able to hold above the $23,000 threshold and had already reached a $22,800 price level, which shows that the first cryptocurrency does not have enough buying power behind it. The lack of trading volume on BTC caused a reversal from the local high of $24,800.

Luckily, Bitcoin is still moving in the local uptrend since the middle of July, which means that the biggest cryptocurrency on the market is still in a local bull market, and market participants should not aim at new lows.

The most likely scenario from a technical standpoint right now is another test of the local trend's support level located at around the $22,000 price level. At press time, the line has been tested twice in July and ended up as a rally to new highs.

Another event that disrupted the entire industry is one of the biggest exploits we saw in the last few months. The Nomad bridge faced a critical issue. More than 40 addresses grabbed around $150 million worth of cryptocurrency. White Hat hackers acquired $8.2 million and ENS names got around $6 million.

Such a large exploit affected users from different networks, including Cardano and Ethereum. Some Cardano holders used various Cardano-based assets to get madUsdc stablecoin, which was drained "thanks" to the exploit.

The issue that allowed the draining of funds from the bridge was found in the Replica smart contract that marked invalid contract interactions as valid ones and allowed spoofing messages. Attackers simply copypasted transactions and drained the bridge.

The problem for most attackers is that on-chain analysts had already tracked and marked almost every wallet that participated in the bridge drain. Some ENS address had been marked from the beginning, basically revealing the identity of hackers behind them.

Crypto market is in red

The situation on the cryptocurrency market leaves much to be desired as the majority of assets are losing up to 10% of their value in the last 24 hours. The liquidation volume on the market is almost at $100 million in the last 12 hours, with the majority of liquidated positions being long orders.

The cryptocurrency market lost more than $30 billion in capitalization in the last 24 hours, showing that the industry has already seen a sentiment reversal. Sentiment had been overwhelmingly positive considering the number of fundamentally bearish factors existing in the industry.