$1.33 Bln Worth of BTC, ETH, EOS, BCH, XRP, and Other Cryptocurrencies Liquidated Across Top Exchanges

Alex Dovbnya
More than $1.3 bln has been liquidated on cryptocurrency derivative exchanges as Bitcoin and Ethereum stumble 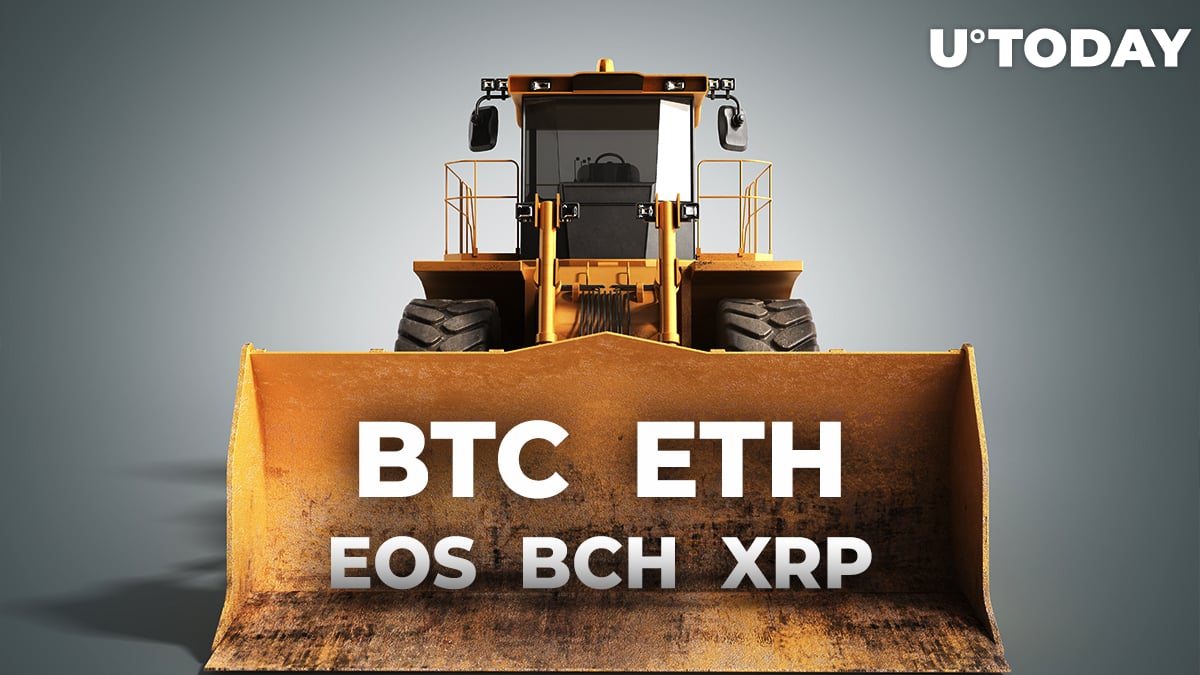 More than $1.33 bln worth of crypto has been wiped out over the past 24 hours, according to crypto derivatives market data provider Bybt.

This comes after the price of Bitcoin plunged by more than 11 percent in the span of five minutes to its intraday low of $10,559 that was touched on 04:42 UTC on the Bitstamp exchange.

82 percent of all liquidations were long positions, which shows that the bulls were caught off-guard by the recent market turnaround.

Bitcoin and Ethereum both reached $12,000 and $400, respectively, for the first time since January 2018, right before the uptrend hit a major snag.

ETH plunged by more than 21 percent in mere minutes, accounting for $246.66 mln worth of all liquidated crypto.

While Bitcoin and other major alts are yet to recover from today’s crash, Chainlink (LINK) has become an outlier by taking it in stride and soaring to a new daily high of $8.79.

OKEx had the biggest chunk of liquidations (34.74 percent), with Bybit occupying a close second place (34.25 percent).

BitMEX, which ruled the roost in the crypto derivatives market back in 2018, is only third with a 15.09 percent share. However, the exchange’s Bitcoin perpetual swap did record the largest liquidation of $10 mln (936.2 BTC) at 07:24.