Yuri Molchan
Massive liquidations of futures trades have occurred in the past hour, pushing Bitcoin and Ethereum even deeper, after recent price drop 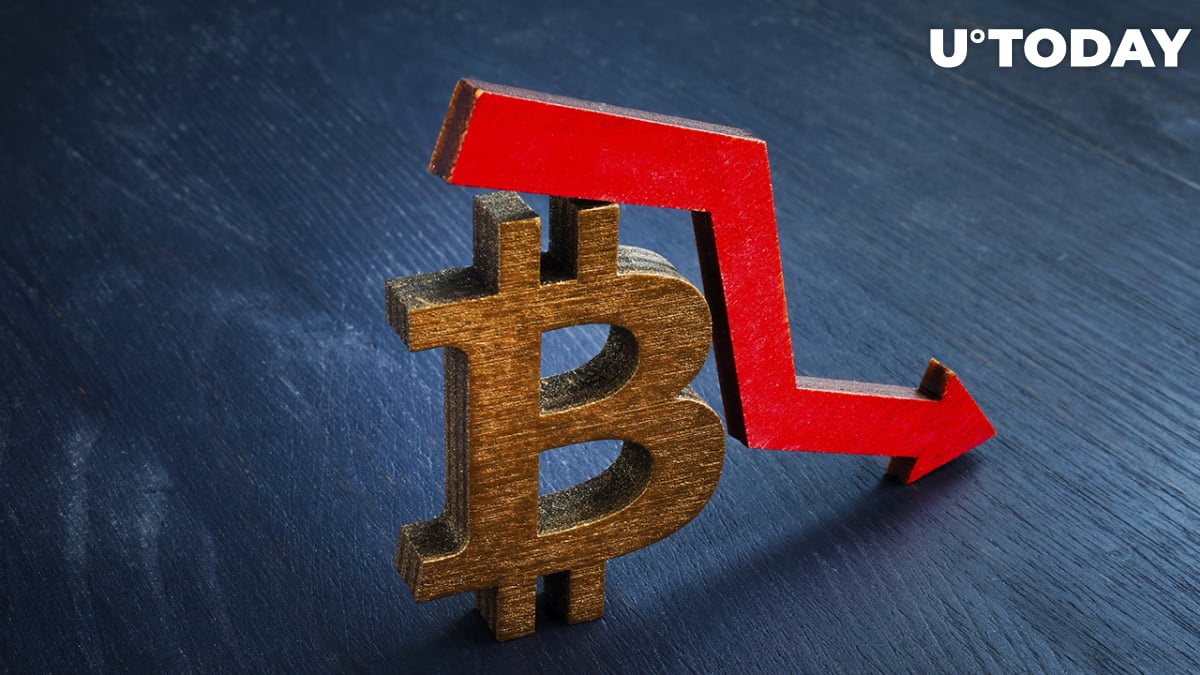 Chinese crypto journalist Colin Wu has shared data from CoinGlass analytics platform about the large value of futures positions liquidated in Bitcoin and Ethereum in the past hour.

$102 in futures contracts liquidated in 30 minutes

According to data from CoinGlass, over the past hour (a 30-minute period within it), Bitcoin and Ethereum futures trades have seen $102 million liquidations. That has pushed Bitcoin to the $41,300 level (the current price is $41,578) and made Ethereum drop to $1,148 (ETH is currently trading at $3,201, having recovered a tiny bit). Liquidated Bitcoin positions totaling $$40 million and $42 million were liquidated in Ethereum contracts.

Prior to that, Bitcoin plunged from above $46,000 to the $42,000 area after the Federal Reserve promised an interest rate hike, the Bitcoin hashrate dropped significantly due to the Internet shutdown in the second-biggest mining hub, Kazakhstan (due to riots spreading in the country), and BTC dropped below the crucial support near the $45,000 level.

Data from the CryptoQuant analytics vendor shared by Wu shows that the ELR (estimated leverage level) of Bitcoin on exchanges has hit 0.026, reaching a new all-time high. This is indicative of investors buying more and more Bitcoin on the dip as they keep taking on high leverage.

Meanwhile, crypto billionaire and founder of the Digital Currency Group and Grayscale, Barry Silbert, has tweeted that he is bullish on Bitcoin, privacy coins, as well as "small number of cryptos," apparently talking about this year, while he is bearish on conventional assets like real estate and stocks.

I'm bullish on bitcoin, privacy tokens and a small number of other cryptos

Stay out of debt, stay liquid

Vocal crypto opponent and CEO of Euro Pacific Capital and SchiffGold, Peter Schiff, believed that the situation with institutions increasing their exposure to the flagship crypto is not as true as the media tells the community.

According to him, there are actually very few institutions that have bought BTC, and most of them, he says, sold by the end of 2021.

All the talk about institutions investing in #Bitcoin is mostly talk. Very few actually took positions and most that did will likely exit by year-end. Those that never got on board will be thankful they dodged the bullet, while those that did and got burned will be out for good!

Those who bought Bitcoin last year, as per Schiff, suffered big financial losses due to the BTC price drop. The SchiffGold CEO predicts that 2022 will be worse for crypto than the previous year.