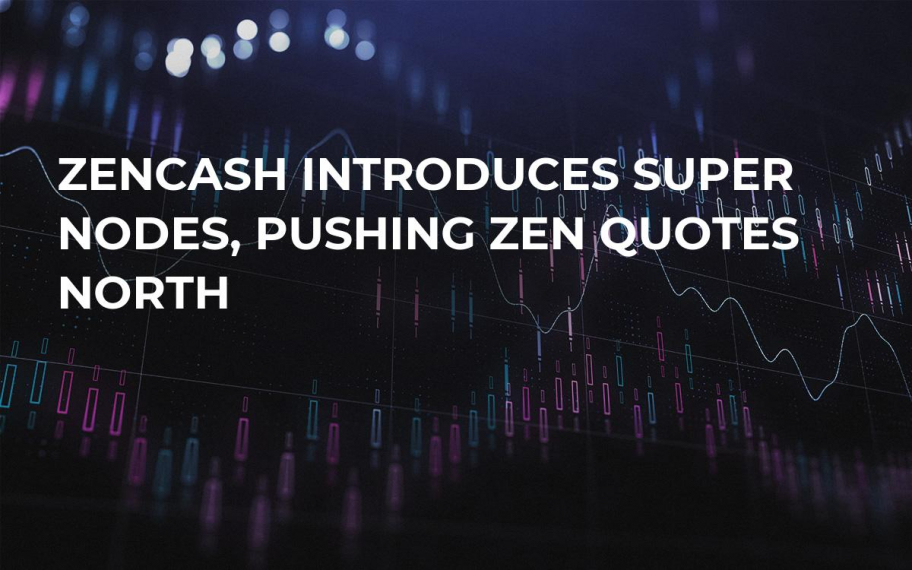 The coin’s growth began last week after the platform published the news about the launch of Super Nodes in social media.

Before that, the coin’s ecosystem used mainly Secure Nodes. Those enabled users to mint coins through changing their computation power on the basis of the characteristics required by the secure code. Those include the computer’s memory, having a necessary amount of ZEN and others.

The company intends to improve the reliability of the ZenCash system by ensuring that the network members can ensure meeting the minimal system requirements.

To run the Super Nodes, users will have to meet harder criteria, which, among others, include a larger RAM memory (eight GB minimum), 96 percent reliability, 100GB storage capacity, 500 ZEN coins per address, etc.

Among other things, the Super Nodes allow ZenCash to introduce Side Chaining, thus moving the Blockchain from the state of a simple digital token to a platform which can serve as a basis for creating other services.

Users operating the Super Nodes are entitled to 10 percent of rewards for the generation of one block. This factor could have triggered the sudden rise of the ZEN rate.