XRP Plunges 12 Percent in Minutes as $1.7 Billion Worth of Crypto Gets Liquidated

Alex Dovbnya
XRP saw a double-digit drop in minutes, but it's not the worst-performing altcoin 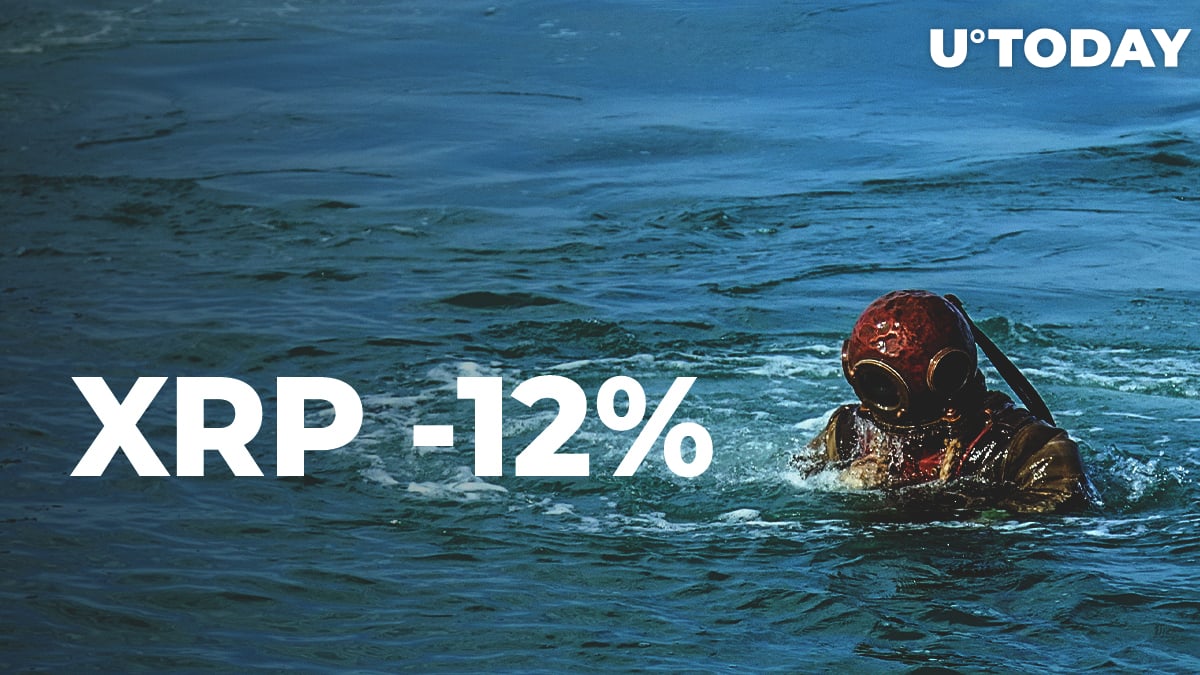 XRP, the seventh-largest cryptocurrency by market capitalization, recently dropped 12 percent over the course of 50 minutes to $0.472 on the Binance exchange, erasing its earlier gains.

After this flash-crash, the cryptocurrency managed to stage an impressive recovery, currently trading at $0.52.

$1.7 billion worth of crypto has been wiped out

The cryptocurrency market saw a large amount of liquidations on futures exchanges after Bitcoin, the largest coin, briefly dipped to the $54,000 level.

Over $1.7 billion worth of cryptocurrencies got liquidated over the past 24 hours, with $1.2 billion being wiped out in 12 hours alone, according to Bybt data.

XRP is in fourth place by the total amount of liquidations with $85.7 million (behind only Binance Coin, Ethereum, and, of course, Bitcoin).

Binance Coin endured a brutal correction, dropping to $249 on Feb. 20 after soaring to as high as $348 the day before.

Overall, XRP and Binance Coin are the two worst-performing cryptocurrencies in the top ten, followed by Litecoin and Bitcoin Cash.

McCaleb has billions of tokens left

Throughout this week, McCaleb has been consistently selling 38 million tokens on a daily basis.

According to Leonidas Hadjiloizou, McCaleb still 2.49 billion XRP left to dump, but his sales are expected to taper off next week due to the cryptocurrency’s declining trading volume.