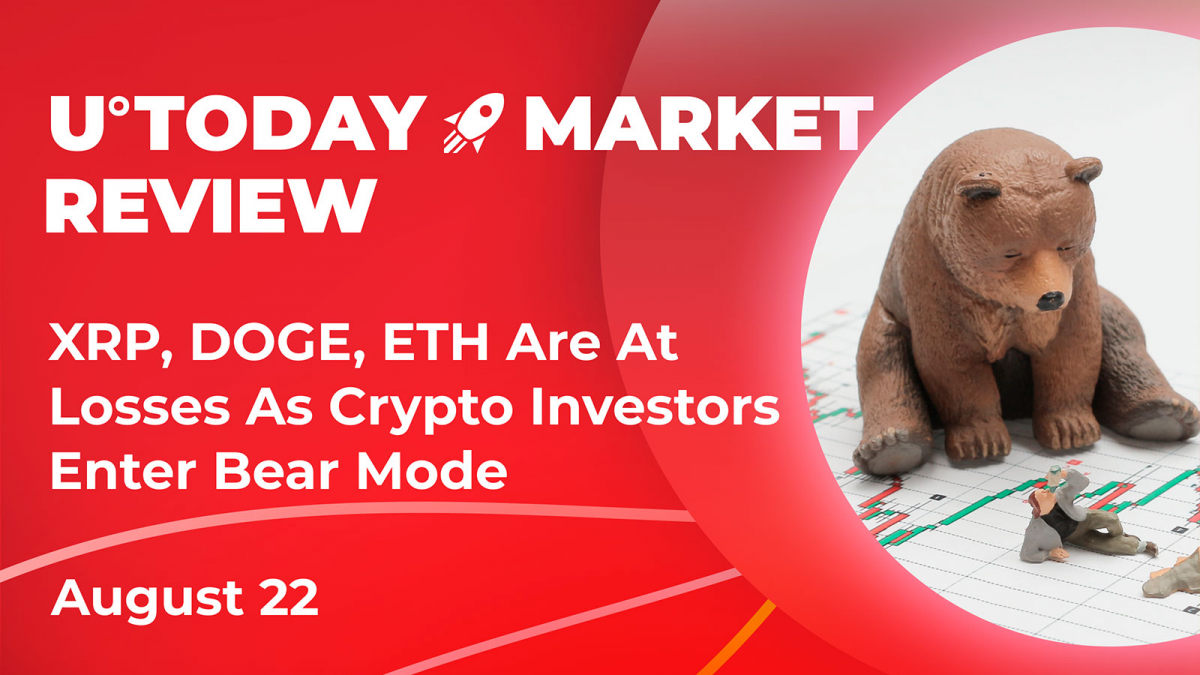 The beginning of the week was not as smooth as most investors and traders were expecting as the dominance of bears on the market rose exponentially: exchanges are paying for opening longs, the number of shorts is blasting through the roof, and most cryptocurrencies are plunging.

Since Aug. 14, BTC lost more than 12% of its value, following the dropout from the ascending wedge that acted as a guideline for the price of the asset since the beginning of July. As various sentiment indicators suggested, the market was gradually recovering and betting on the upcoming reversal rally and the end of the long-term bear market.

Unfortunately, the number of different macro and technical factors suggested that the price of the first cryptocurrency will not recover as swiftly as some market participants thought. With the rally of the U.S. dollar, enormous pressure appeared on the digital assets market as investors were moving their funds away from risky investment tools like crypto.

Technical tools like the volume profile were also hinting at the upcoming fading of the rally. The lack of trading volume after the first cryptocurrency fell below the wedge pattern shows that the majority of retail and institutional investors are not feeling like accumulating more BTC, most likely because of the possibility of another plunge to June lows.

As for now, Bitcoin dropped even further and tested the $20,000 price range. Luckily, investors pushed the first cryptocurrency back above the $21,000 threshold. The most likely scenario after the plunge is consolidation, which will show the intentions of the market.

According to funding rates on exchanges and the number of short and long orders on derivatives trading platforms, bears are clearly dominating the market as the majority of open positions are shorts.

The reason behind the negativity is the likelihood of another plunge similar to what we saw back in June. On May 13, Bitcoin entered the ascending consolidation range and the market was expecting a gradual recovery after it. Unfortunately, the first cryptocurrency did not find any support and tumbled down, losing more than 40% of its value at that time.

The scenario today is somewhat similar to the May-June period, as Bitcoin has also exited the ascending range and is now rapidly losing its value. The main difference between the two scenarios is a lack of trading volume and volatility on the market, which speaks against the potential 30%-40% nosedive.

As expected, altcoins are following the performance of their "big brother" as XRP is at a 4% price drop despite the most recent success of Ripple in court. Memecoins like Shiba Inu and Dogecoin are also rapidly losing their value as the hope for a market recovery was completely dismissed.

Related
Solana Might Be Going Back to "Zero," Says Famous Ethereum Maxi

We mentioned earlier on U.Today that the performance of meme currencies got zeroed as SHIB and DOGE returned to values we saw prior to the 30% price increase that took place on Aug. 14.