Why Interoperability Bridges Should Be On Everyone’s Mind

Heewon Jang
Bitcoin and other major blockchains are suffering from many problems, with scalability as the lead one. Interoperability bridges like Syscoin's and RSK's can help them 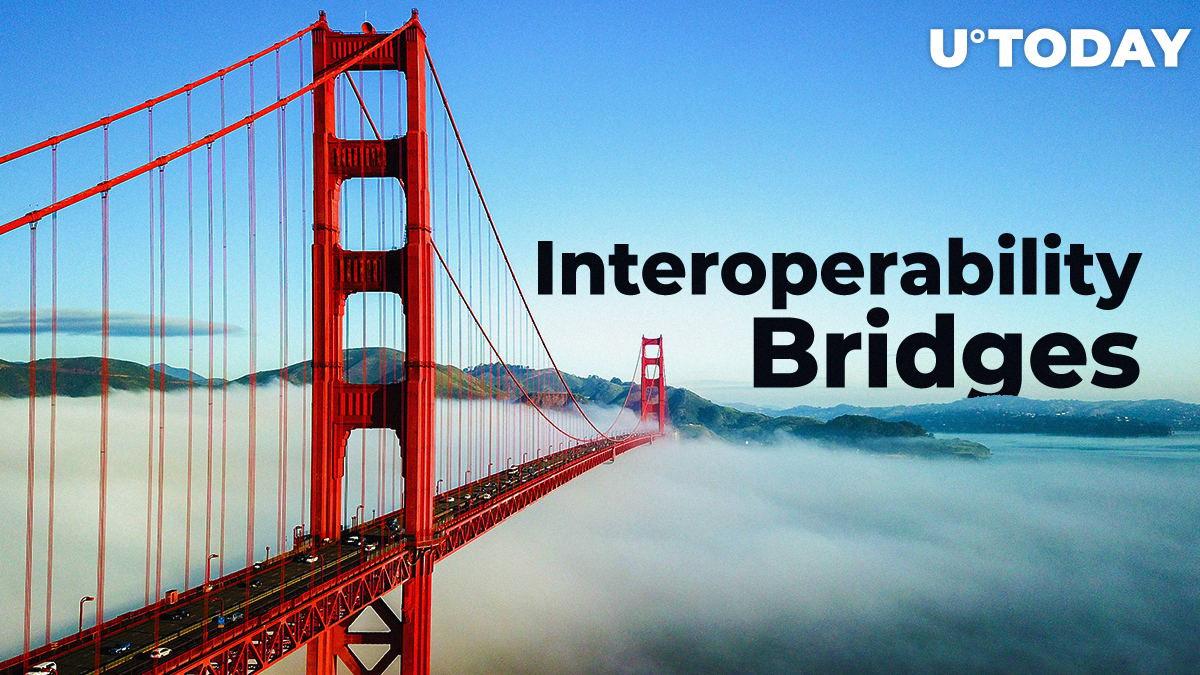 Interoperability is a significant focus area for 2020, and the subject of many lofty predictions from industry thought leaders, including Andreas Antonopoulos and Bison Trails CEO Joe Lallouz. It was the topic of a 2019 industry report issued to the EU by Consensys, and it will be a critical enabler for enterprise blockchain adoption in the coming years.

To a developer, interoperability offers the significant potential to tap into other ecosystems and user bases. Ethereum remains the platform of choice for so many developers because it offers a ready-made thriving ecosystem, making it easy for individual dApps to cooperate. Maker and Compound are perhaps one of the most prominent examples. A user can stake their ETH as collateral into Maker, withdraw stablecoins in the form of DAI, and then lend out their DAI on Compound to earn interest.

“We currently have a blockchain network handling billions of dollars of transactions built on what is essentially a working proof of concept.”

In the face of this lack of scalability, Ethereum faces ever-increasing pressure from its growing base of users and developers. In particular, the growing use of stablecoins could ultimately choke the network before an upgrade arrives.

Ethereum is currently home to around half of all stablecoins. As the biggest stablecoin, and with a trading volume that outpaces Bitcoin, Tether is by far the most-used dApp on Ethereum. However, late last year, the volume of Ethereum-based Tether transactions started to clog the network. In turn, the high volume of traffic started to push up gas costs for everyone else.

Tether has recognized this and is taking its own measures to alleviate the issue. Last year, Tether started issuing tokens on the Tron blockchain, which it also stated would enhance interoperability with Tron’s ecosystem of dApps. A month later, it went live on EOS, and most recently, joined the Algorand blockchain.

However, there is a critical challenge with this multi-blockchain approach. If a user needs to swap between Tethers issued on different blockchains for any reason, it’s not particularly straightforward, involving multiple steps and the intervention of a Tether representative. Essentially, different versions of Tether aren’t even interoperable with one another.

Now, interoperability solutions are emerging that could change the future for developers and stablecoins alike. So far this year, both Syscoin and RSK have released their own version of a “bridge” - a protocol that enables tokens to migrate between blockchains.

The Syscoin Bridge creates a connection between Ethereum and Syscoin’s own network, which operates on a dual-layer structure. Transactions pass through a zero-confirmation directed acyclic graph (Z-DAG) before undergoing a final confirmation via proof-of-work. The Z-DAG is vastly faster than Ethereum, handling a throughput of up to 60,000 transactions per second, compared with just 15 on Ethereum.

Any application running on Ethereum can tap into this processing capability. Developers can issue their tokens on Ethereum and send them over the Bridge to Syscoin for fast transaction processing at a lower cost, reducing the burden on the Ethereum network. Token supply is kept constant through a mint-and-burn mechanism on either side of the bridge.

The decentralization is kept through a layer of incentives. Mint-and-burn proofs are pooled into superblocks, which are subsequently confirmed by nodes known as Agents. Agents are tasked with keeping the Ethereum blockchain updated with Syscoin proofs, for which they receive a reward. There is also a stake-based dispute mechanism in place to weed out malicious Agents. Any Agent can challenge the superblock confirmation of another Agent, and if the challenger is correct, they win a stake of 3 ETH. Conversely, if their challenge proves to be wrong, the confirming Agent wins 3 ETH from the challenger.

While Syscoin was among the first to emerge with such a solution, RSK has also recently announced the launch of its own bridge. RSK already operated a bridge between Bitcoin and its own network, as RSK is a side chain of the Bitcoin blockchain. Now, RSK has extended that bridge functionality to the Ethereum blockchain, meaning that tokens can migrate between Ethereum and Bitcoin via RSK.

Both Syscoin and RSK are merge-mined with Bitcoin, meaning they benefit from the security of the Bitcoin network, which is highly decentralized.

One Token, Many Blockchains, Frictionless Trading

While Tether is helping to drive usage of the Ethereum blockchain, it’s also proving to be a huge headache for developers of other dApps, including other stablecoins. If transaction costs for Ethereum dApps continue rising due to Tether’s traffic, it will drive users to alternatives on other blockchains that have a lower cost.

Interoperability solutions like Syscoin and RSK offer a win-win for developers and stablecoin issuers alike. DApp developers can leverage the bridges to supercharge their transaction speeds while offering their users a lower cost than they’d incur on Ethereum.

At the same time, if Tether and other stablecoin issuers take advantage of a bridge to speed up transactions, it will reduce pressure on the Ethereum network overall. This will lower the transaction fees for stablecoins themselves, also resulting in faster confirmation and an overall superior user experience. It would also negate the friction involved in swapping tokens from the same project issued on different platforms.

As much as different disciplines within the overall crypto space each have their own concerns, the reality is that crypto operates as an ecosystem. What benefits one, benefits all.

Conversely, Ethereum’s lack of scalability is causing friction in the development of Tether, the biggest token operating on its platform and a critical dependency for the trading segment. Interoperability solutions now seem poised to unite the benefits of multiple blockchains, for the good of everyone in the space.