Yuri Molchan
According to recent blockchain data, one of the largest crypto whales now holds almost 112,000 BTC after buying 321 Bitcoins on the dip, but small wallets hold 14x more 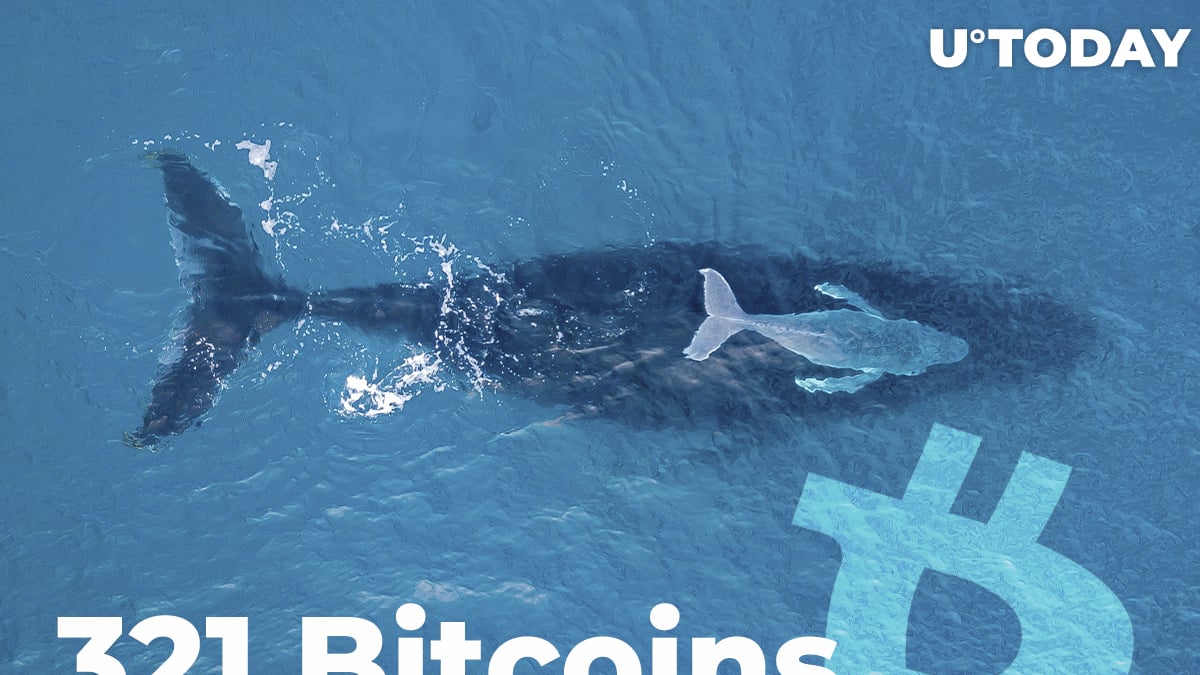 Data provided by bitinfocharts shows that the third-largest cryptocurrency whale has added another 321 Bitcoins to their BTC holdings.

The total balance of the BTC wallet of the whale (1P5ZEDWTKTFGxQjZphgWPQUpe554WKDfHQ) now constitutes a mind-blowing 111,794.59 Bitcoins: $4.75 billion in fiat equivalent.

The anonymous whale has purchased a massive BTC lump at the average price of $41,673, now holding almost $5 billion worth of Bitcoin on his crypto address.

Further data from the BTC analytics website shows that the amount of BTC the wallet is holding now (111,794.59 BTC) totals 0.5939% of the entire Bitcoin supply. The wallet has seen 446 incoming transactions and 54 outgoing ones.

According to a recent tweet by popular on-chain data vendor Glassnode, wallets of smaller Bitcoin holders together own 14x more than the aforementioned crypto whale. They continue stacking up on the leading crypto when it suffers substantial price corrections.

Using data provided by crypto analyst Willy Woo, Glassnode has tweeted that Bitcoin addresses with less than 10 BTC on balances have been accumulating Bitcoin faster than before since the "digital gold" was kicked back from its new all-time high of $64,863 in mid-April.

At the moment, these small holders own almost 14% of the Bitcoin supply collectively.

As appears to be tradition, smaller #Bitcoin HODLers can often be found stacking $BTC after significant corrections.

The minnows @woonomic refers to, with < 10 $BTC, have accelerated their accumulation since the sell-off in mid-May.

They now hold a collective 13.9% of supply. pic.twitter.com/Ap7X5FdE92

Bitcoin is still up for $100,000 this year: Bloomberg's top strategist

Mike McGlone, the chief commodity strategist at Bloomberg, recently stated that despite the massive correction caused by the financial troubles of the second-largest housing constructor in China, Evergrande Group, Bitcoin may still reach the $100,000 level by the end of this year.

McGlone said that he had underestimated how many investors (including institutional ones) have been moving their funds from the traditional safe heaven, gold, into Bitcoin and Ethereum.

Since gold offers a potentially unlimited supply and Bitcoin can only exist in 21 million coins (over 18 million have been mined already), Bitcoin still attracts more and more investors who used to bet on gold.

According to McGlone, this year, gold is down 7%, Bitcoin is up almost 70% and Ethereum has risen nearly 400%.