Warren Buffet Trolled on Billboards About His Bitcoin Opinion 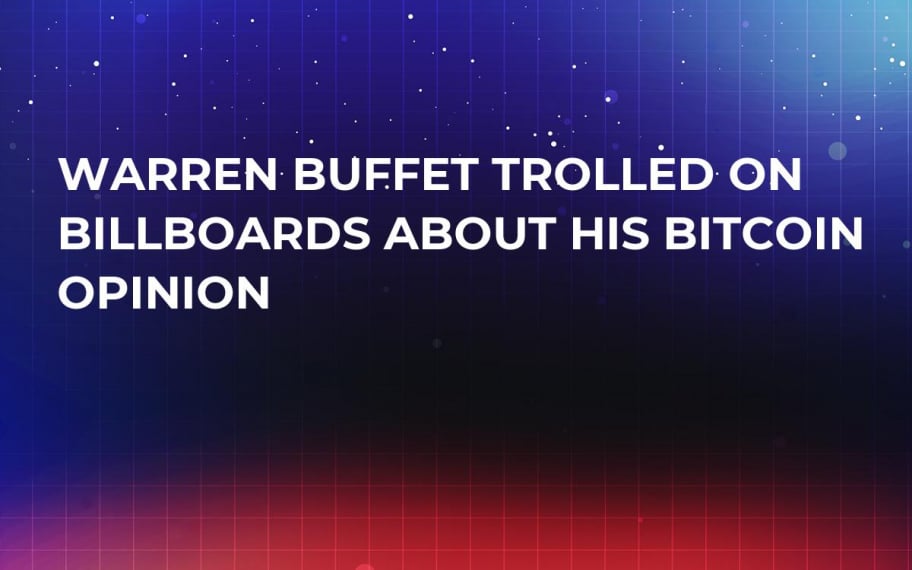 Warren Buffet has earned a reputation around the cryptocurrency community has been pretty harsh in his assessment of Bitcoin. He has likened it to rat poison and maintained that it is not going anywhere.

Now, in response to this, Genesis mining, which is starting to earn its own prankster reputation, has shot back playfully. They have erected billboards outside the wealthy investors offices that remind him he could be wrong about Bitcoin.

The billboards form part of another awareness campaign by Genesis mining who set up a playful prank on the streets of the Consensus conference in New York this week too. They had actors play bankers to protest the Blockchain revolution taking their jobs.

But this latest prank is more direct, as Buffett is seen as an enemy of Bitcoin and a traditionalist that won't be swayed.

They can be clearly seen from Buffet’s offices and are in direct response to his Bitcoin bashing which has spanned more than just one or two public shamings.

During the recent Berkshire Hathaway shareholders annual general meeting, the billionaire investor warned his fellow investors against investing in Bitcoin or other crypto, referring to Bitcoin as rat poison squared.

In January, Buffett was at it again saying that the crypto craze that has been witnessed in the last couple of months will have a terrible ending as it has no future.

Warren Buffett is one of the world’s best-known investors and people take his advice on investment seriously. His outbursts have sparked widespread condemnation from Blockchain and crypto followers, who have sworn that his predictions will not come to fruition any time soon.