TRON (TRX) Boosts Its Popularity, But Its Price Drops

Yuri Molchan
In the recent red market, TRX has made several achievements, losing part of its price value 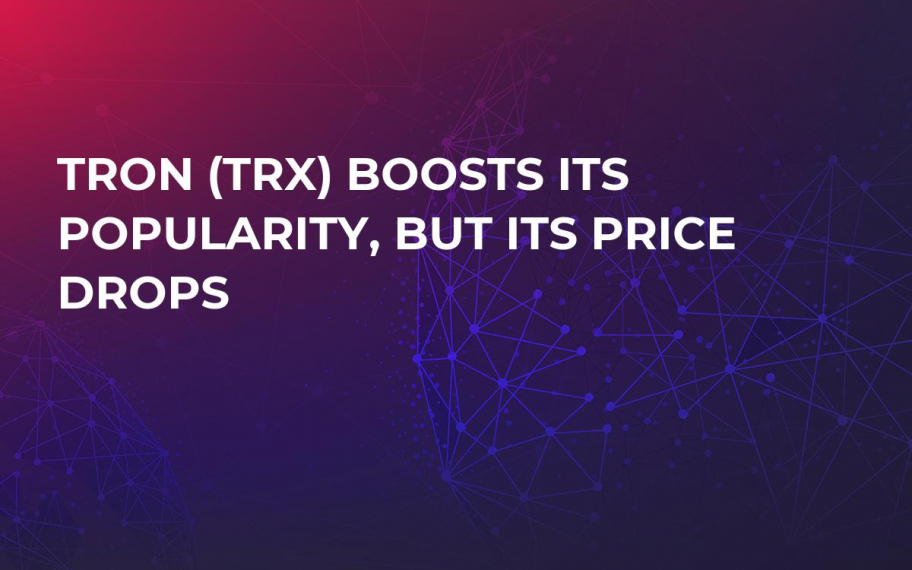 TRON (TRX) currency is still one of the most popular and is near the 10-top coins’ list. If you look at various aspects of it, you will see the confirmation of the fact that this asset is among the market leaders. Nevertheless, its price has slid, over the past week, it has been trading lower than $0.02.

More than half of the TRX trading volume is in pair with Tether on OKEx, which makes it independent of BTC rates. It does not help it to keep a high or even stable price.

Nevertheless, TRON remains the most frequently mentioned crypto on social media, making it the asset with the highest level of awareness. Not as high as Bitcoin itself, perhaps, but close enough.